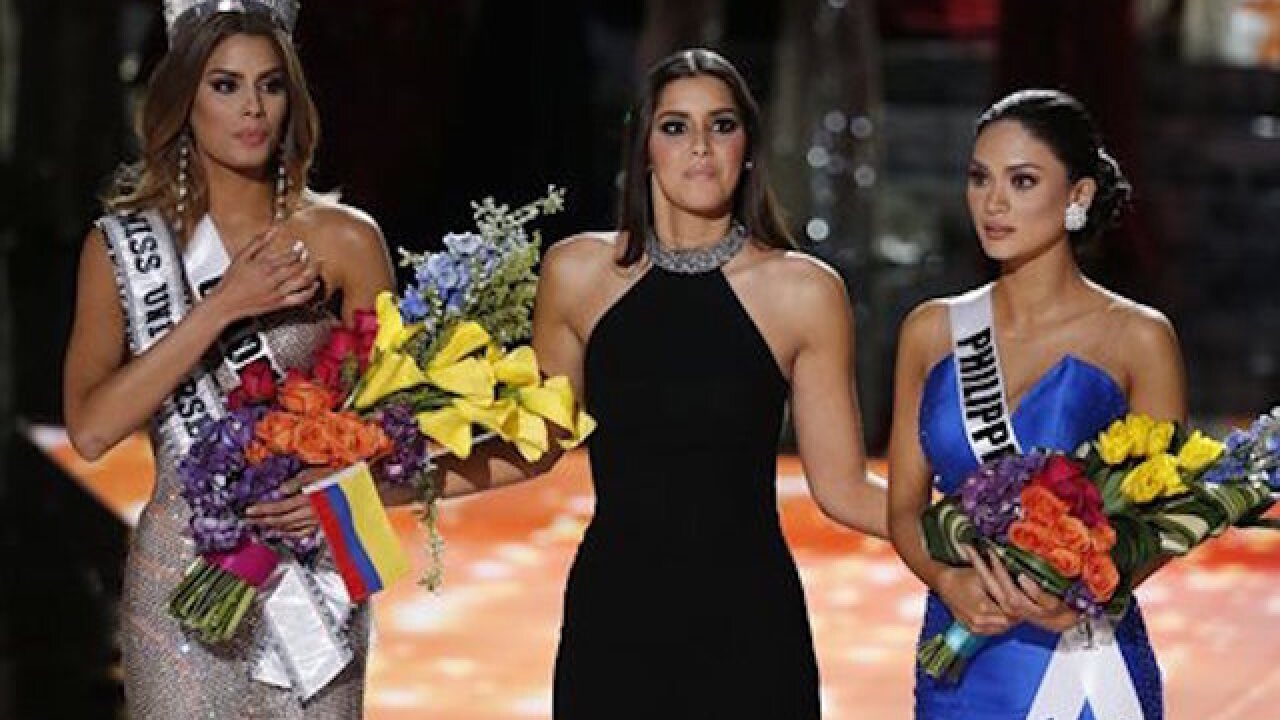 BOGOTA, Colombia (AP) — The Colombian beauty queen who was briefly crowned Miss Universe is making the best of what she calls a humiliating situation.

Ariadna Gutierrez told Colombia's W radio Wednesday that no one can take away the four minutes during which she wore the crown.

Miss Colombia says the awkward moment was humbling for her and other Latinos watching the competition.

Gutierrez is now spinning the incident as a kind of triumph.