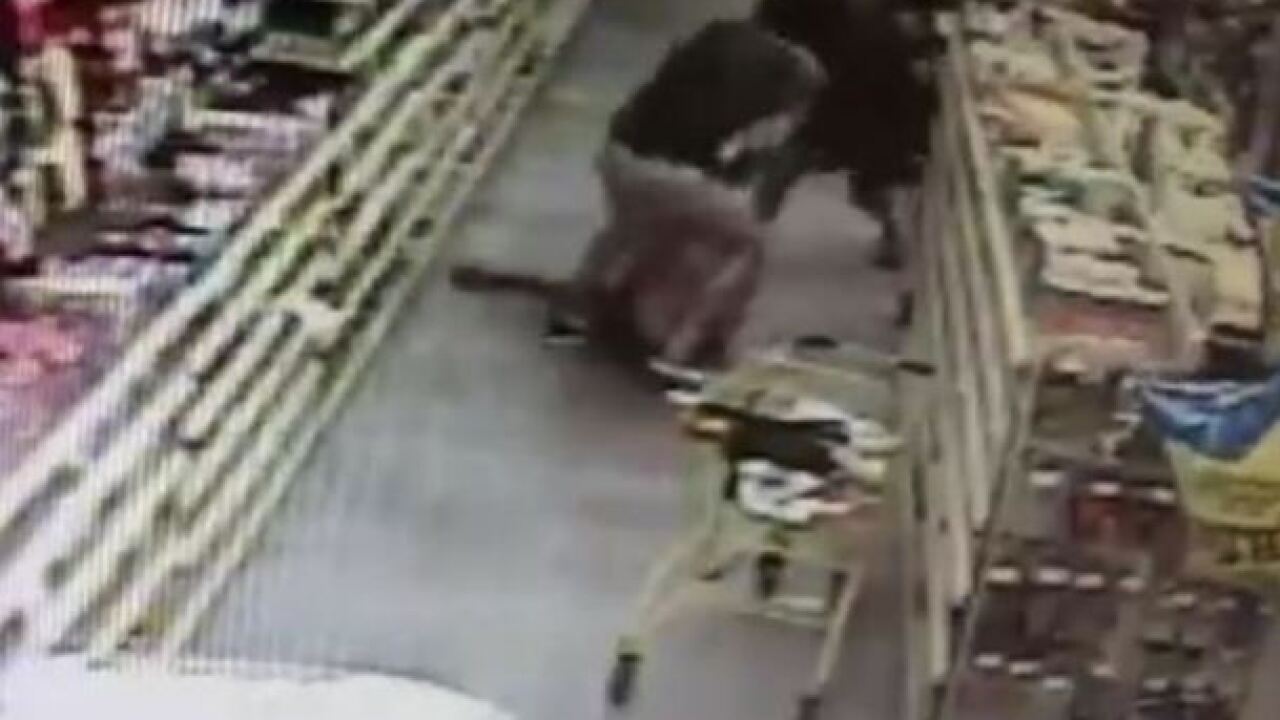 Surveillance video captured a wild scene inside a Hernando, Florida, Dollar General store where a man attempted to kidnap a 13-year-old girl on Tuesday.
According to the Citrus County Sheriff's Office, Craig Bonello, 30, from Inverness, entered the store around 11:42 a.m. and grabbed the teen who was shopping with her mother.
Bonello can be seen pulling the girl by her arms and dragging her to the front door.
The teen's mother quickly jumped into action and grabbed onto her daughter, which started a "tug-of-war" between the two.
Bonello eventually let go and ran out the front door, as off-duty Deputy Jonathan Behnen was getting out of his patrol car to enter the store.
The store manager yelled to Behnen for help.
Behnen quickly jumped back into his patrol car and blocked Bonello from leaving the parking lot.
Dehnen grabbed his gun and ordered Bonello out of his car.  He eventually gave up and was arrested.
"In my ten years on the road I have never seen anything like this," said Sgt. Craig Callahan from the scene.  "He truly intended to abduct this child right in front of everyone in the store."
The mother and her daughter were upset, but not hurt.
Bonello has been arrested several times in the past.
Investigators are working to find out what Bonello's intentions were.
"Thank goodness the girl's mother jumped into action to prevent this man from kidnapping her daughter.  And, thank goodness Dep. Behnen used his training and experience to stop this man from escaping," said Capt. Ricky Grant.
Copyright 2016 Scripps Media, Inc. All rights reserved. This material may not be published, broadcast, rewritten, or redistributed.