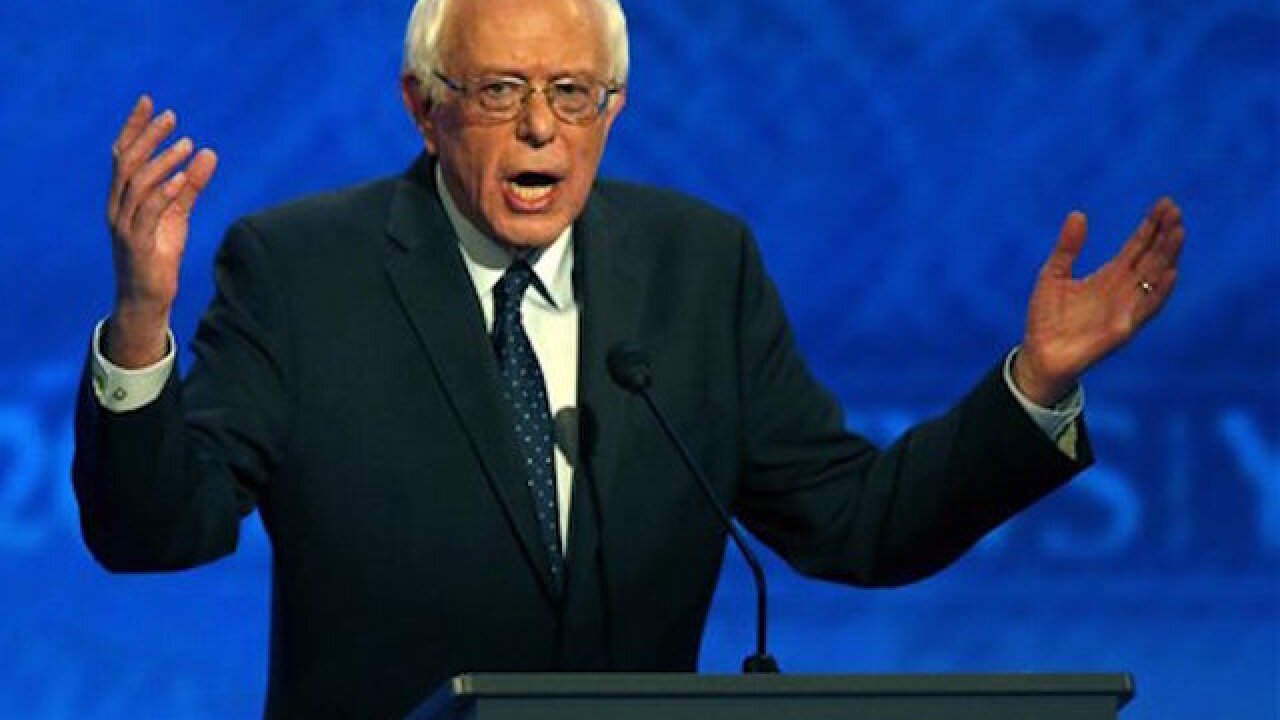 During Saturday's Democratic Party debate, Bernie Sanders was the most searched candidate, according to the Google search engine.

Sanders, a U.S. Senator from Vermont, had 41 percent of the searches with a Democratic candidate's name in it. Hillary Clinton, former first lady and U.S. secretary of state, came in second with 33 percent. Former Maryland Governor Martin O'Malley had 26 percent.

Sanders has trailed Clinton in nearly every national poll by more than 20 percent. But Sanders' Google popularity might have been dampened by low ratings. Saturday's debate was not expected to have as many viewers as this week's GOP debate, which aired on CNN.

Sanders was the most searched candidate in 46 of the 50 states. Sanders saw a huge spike in searches on Google in the final 30 minutes of the debate.

On Twitter, Sanders gained the most amount of followers out of all candidates. Oddly enough, Donald Trump, who was not on staged and only mentioned once during Saturday's debate gained more followers than Clinton during Saturday's Democratic debate.

As far as who was the most talked about Democratic candidate during Saturday's debate, that contest was a tie as Clinton and Sanders each had 44 percent of the discussion.

It might have been a clean sweep for Sanders had Clinton not finished the debate with a major "Star Wars" reference.

Top Tweeted moment of the #DemDebate : @HillaryClinton signs-off with "May the force be with you" #StarWars https://t.co/eY63tYm8Sq