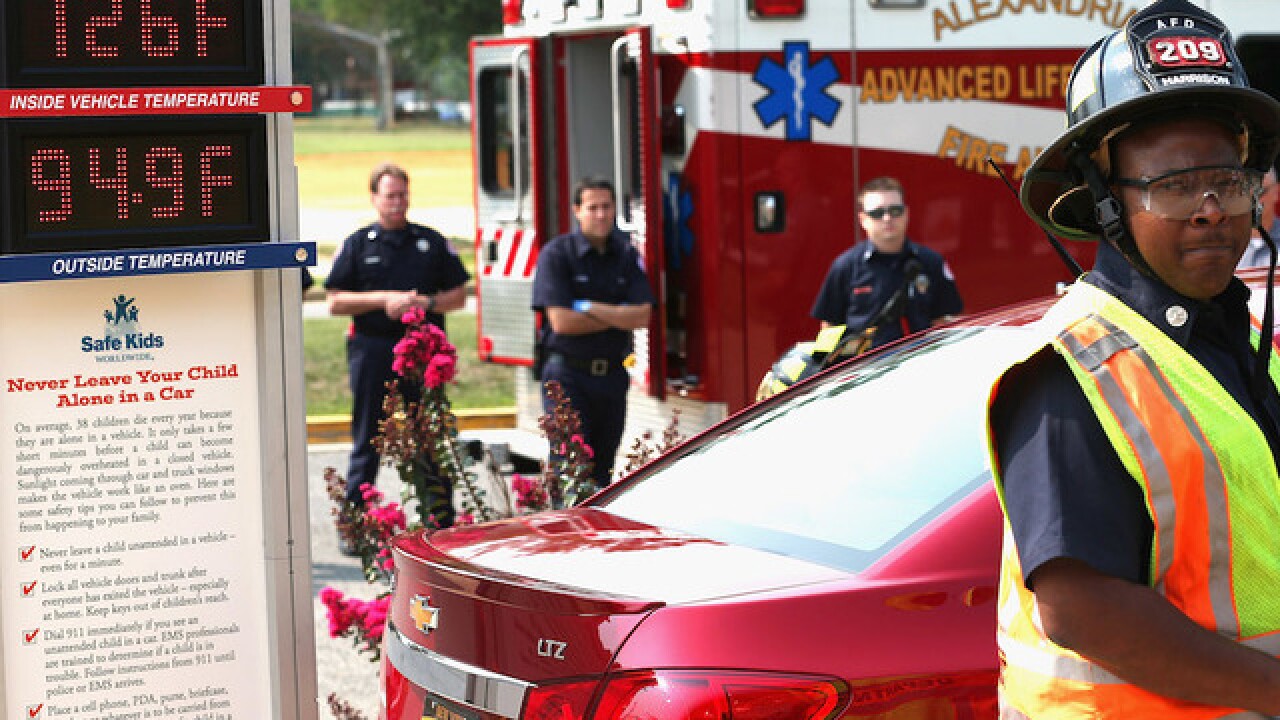 Vehicular heatstroke. Hyperthermia. The devastating effects of a child being left in a hot car. It's every parent's unfathomable nightmare, yet it happens several times a year.

The tragedy can happen almost anywhere, and while hotter months are always the riskiest, the circumstances surrounding child vehicular heatstroke are varied.

According to the safety organization Kids and Cars , an average of 37 children die each year in hot cars. These include instances where a child has been forgotten in a car, accidentally locks themselves in a car or trunk, or, in a small number of cases, when a child has been intentionally left in a car.

NoHeatStroke.org , a data site run by a member of the Department of Meteorology & Climate Science at San Jose State University, has been collecting data on these incidents since 1998. Since that time, the highest number of deaths per year was in 2010, with 49 deaths. 2015 had the lowest rate of incidents, with 24. 2017 was also an unusually deadly year, with 42 recorded deaths.

It can happen anywhere

It seems obvious that states with the highest temperatures are usually where the most deaths by vehicular heatstroke happen, but there have been instances recorded in nearly every state.

It should be noted that these figures do not adjust for population, so a larger state such as Texas or California may, statistically, have more deaths regardless of climate.

The hottest months inevitably bring the highest numbers of hyperthermia incidents, so summer, late spring and early fall are the most treacherous times. As of July 1, 18 children have already lost their lives this year in hot car death incidents.

In May, for instance, a 1-year-old girl died in Tennessee after her father forgot to drop her off at her daycare before heading out of town on a business trip. He parked his car in the family's driveway with the daughter still in it, and then used a ride share service to depart for the trip. This sort of situation -- where a parent or guardian forgets a child because of a lapse in temporal memory and a disrupted routine, is very common.

Younger children are more at risk

A vast majority (87 percent) of vehicular heatstroke victims are 3 or younger. More than half (55 percent) are 1 or younger. As Kids and Cars' research notes, the prevalence of backseat safety seats, especially rear-facing ones, may account for the young age of most victims, since the children are out of the driver's view and can't effectively communicate.

While leaving a child in a hot car can certainly bring about serious legal charges, only 19 states have concrete laws on the books that make it illegal to leave a child alone in a car in the first place.

Most of these laws refer to either "leaving a child unattended" or, more broadly, "endangering a child."

Kids and Cars reports 15 other states have proposed similar laws.

However, most organizations that combay child vehicular heatstroke argue that such laws aren't what prevent hot car deaths, since they are almost always accidental. Kids and Cars supports several initiatives to encourage awareness and communication among drivers and caregivers.

Additionally, many states have Good Samaritan laws that protect citizens if they intervene, reasonably, in an emergency or life-threatening situation.

Children are especially at risk because of their biology

There are some physiological differences that make children especially susceptible to heat stroke. Here are some important facts to illustrate why vehicular heatstroke is such a problem: