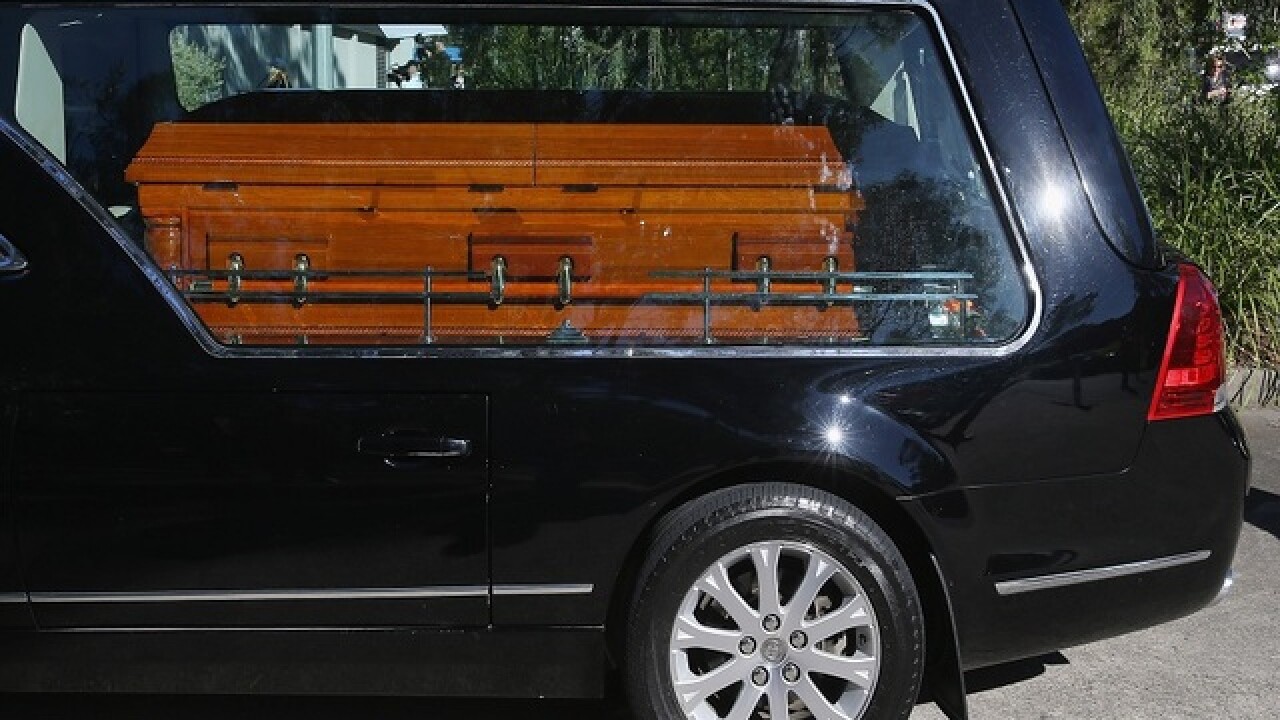 Don Arnold
<p>XXXXXX attend the funeral service for executed Bali nine member Myuran Sukamaran at Dayspring Church, Castle Hill on May 9, 2015 in Sydney, Australia. Andrew Chan, 31, and Myuran Sukumaran, 34, were executed last week in Indonesia after being found guilty of attempting to smuggle 8.3kg of heroin valued at around $4 million from Indonesia to Australia in 2006 with 7 other accomplices known as the 'Bali Nine'.</p>

LANCASTER, Calif. (AP) — A mortuary worker has been arrested on suspicion of stealing a car and gun after picking up the owner's body at a Lancaster home.
Fernando Moguel was arrested Wednesday in North Hollywood. He remains jailed and it's unclear whether he has a lawyer.
Moguel went to the home of an elderly man on March 5 to take his body to a mortuary.
Authorities say within 48 hours of the man's death, his car and gun went missing from the house.
Investigators say they learned that the car's title had been transferred to Moguel. Detectives searched Moguel's home on Wednesday and allegedly found the gun and car.
Moguel was arrested on suspicion of grand theft of a vehicle and possessing a stolen firearm.
Associated Press 2016