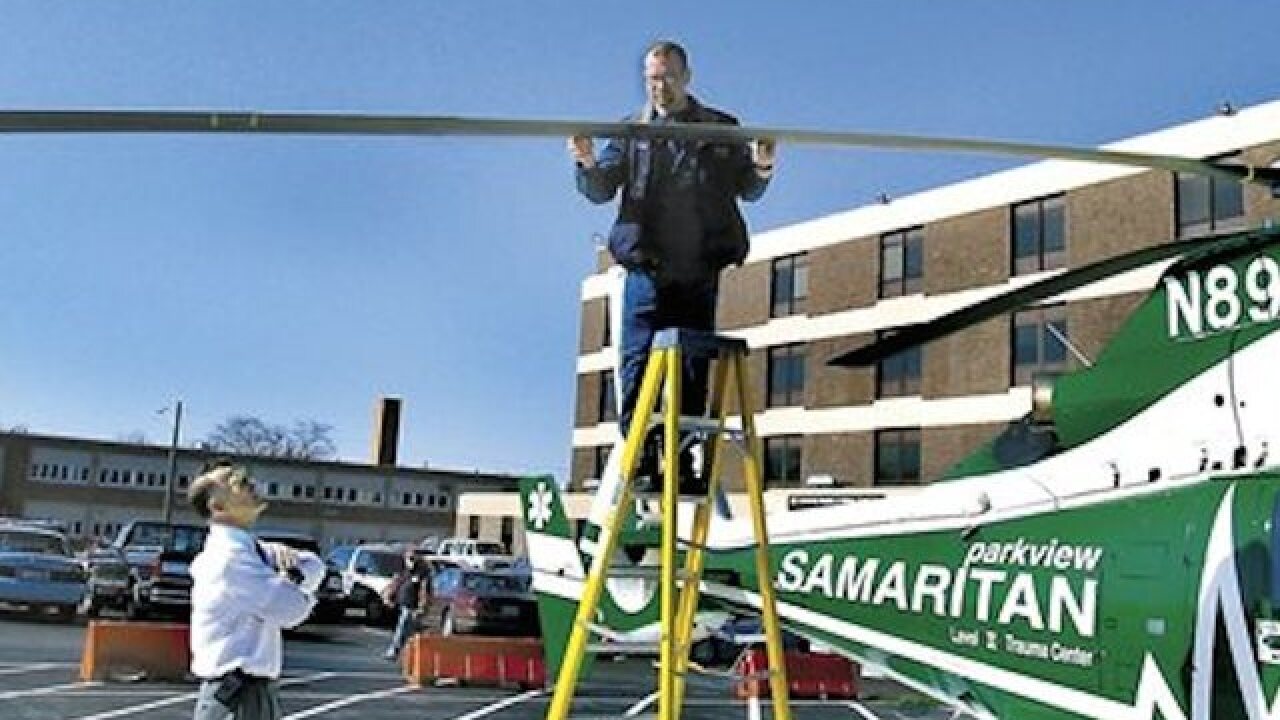 WASHINGTON (AP) — Government researchers warned 10 years ago that changes were needed in helicopter designs to prevent birds from crashing through windshields and disabling pilots. Today, dangerous bird strikes are on the rise, but there are still no safety standards to protect 90 percent of the nation's helicopters.

"We're getting more severe damage, more frequent cases of birds penetrating the windshield and the risk of pilot incapacitation that could cause fatalities for everybody there," Gary Roach, an FAA helicopter safety engineer, told a recent meeting of FAA's aviation rulemaking advisory committee.

In 2013, there were 204 reported helicopter bird strikes, a 68 percent increase from 2009 when there were 121 reports and an increase of more than 700 percent since the early 2000s, according to the Federal Aviation Administration.

Last March, for example, a Dallas police helicopter was searching for a capsized boat when there was a loud explosion and wind began rushing through a huge hole in the windshield. The pilot, Sgt. Todd Limerick, put a hand over one eye, which was imbedded with shards of Plexiglass. His nose was broken and blood covered his face. But he kept his other hand on the controls until the co-pilot, Cpl. Laurent Lespagnol, took over and landed the aircraft.

"My first thought was that we had been shot. My second was the engine blew up," Lespagnol said in an interview. It wasn't until they had landed that they found the cause wedged between the cockpit seats — a 3-pound American coot, a duck-like bird.

The increase is due partly to greater awareness among pilots about the importance of reporting bird strikes since January 2009, when US Airways Flight 1549 was ditched in New York's Hudson River after the airliner's two engines sucked in geese.

But another reason is that populations of large bird species are generally on the rise in North America, creating the potential for more dangerous strikes.

Despite the increase in big birds and bird strike reports, the number of incidents in which airliners suffered serious damage from a bird strike has been dropping, in part because of efforts to keep airports and their surroundings free of large birds. The reverse is true of helicopters, which fly at lower altitudes around lots of birds.

Roach cited the example of a helicopter pilot in the Gulf Coast region who was flying at about 1,000 feet and 115 mph when two ducks slammed through the windshield and hit him in the face. The pilot had so much bird gore on his face, he couldn't immediately breathe or see. Some of his teeth were knocked out, his jaw wouldn't close for a month and he needed stitches. But he still managed to land the helicopter without injuring any of the other five people on board.

The report on the incident read: "Bird strike. Landing uneventful," Roach said. "But that really didn't represent what was going on in the cockpit."

In another instance, a bird came through the windshield and knocked the pilot unconscious, but luckily a passenger on board was qualified to fly the helicopter and landed the aircraft, he said.

Roach and his colleagues at FAA's helicopter directorate are urging that a special industry committee be established with FAA oversight to examine whether there should be changes in the standards for helicopter design and operation to better protect against bird strikes. The committee would also investigate whether technology is available to quickly disperse birds in the way of helicopters, possibly using strobe lights.

"The data we have is showing we have been very, very lucky, and it's only a matter of time before we start seeing fatalities," said Jorge Castillo, regulations and policy manager for FAA's rotorcraft directorate.

A 2005 FAA-Agriculture Department report on bird strikes, written before the surge reports, warned: "The high percentage of windshields damaged for helicopters, combined with the disproportionate number of human injuries, indicates that improvements are needed in windshield design and strength for these aircraft."

One of the most deadly helicopter bird strikes occurred on Jan. 4, 2009, when a red-tailed hawk smashed through the windshield of a Sikorsky S-76C ferrying oil-rig workers. Damage created by the bird shut off fuel to the aircraft's engines, sending it spiraling into a Louisiana swamp and killing eight of the nine people on board.

An engineer for Helicopter Association International, which represents operators, told the advisory committee that air medical services are reporting about one helicopter bird strike a week.

The advisory committee urged Roach to refine his proposal, to make sure it wasn't duplicative of other efforts involving bird strikes and commercial airliners, and return in March.