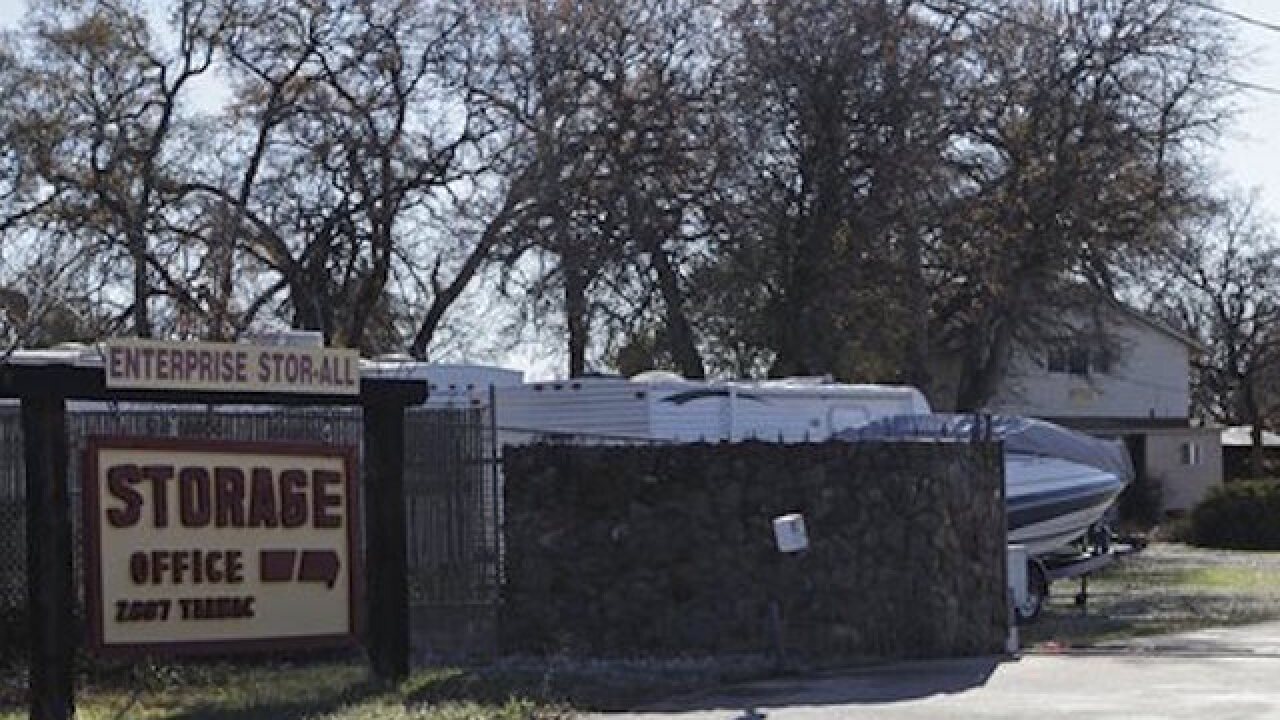 Copyright Associated Press
Andreas Fuhrmann
<p>A commercial storage unit facility is shown Tuesday, Dec. 15, 2015, where two children were found dead in Redding, Calif. Autopsies were planned for the 3-year-old girl and 6-year-old boy, whose names were not released. No charges have been filed in their deaths. The investigation began with a call about a possible child abuse case in the small town of Quincy, about 220 miles northeast of San Francisco. (Andreas Fuhrmann/Record Searchlight via AP)</p>

SALINAS, Calif. (AP) — Prosecutors said Thursday they plan to file first-degree murder charges against a woman and teenager in the death of two children found in a California storage locker.

Monterey County District Attorney Dean Flippo made the disclosure at a news conference in Salinas, where authorities believe the children — ages 3 and 6 — had been killed.

Prosecutors say they will decide later whether to seek the death penalty.

Police have said the children were killed in a Salinas apartment around Thanksgiving then taken 300 miles to the locker in Redding.

The Associated Press typically does not identify abuse victims; it is not naming the woman and teenager because their relationship to the children is unclear.

The investigation began on Dec. 11 when a 9-year-old girl suffering from neglect and abuse was found near a house in Plumas County, where the woman had recently moved.

Police later found the two younger children dead in the storage locker about 150 miles away from the home.

The 39-year-old woman and 17-year-old male were charged with child abuse, torture and mayhem involving the 9-year-old child. Their lawyers have declined comment.

Elliot Robinson, head of the Monterey County Department of Social Services, said the woman was visited by county child welfare workers four times over the course of a year to check on complaints of neglect.

None of the five children living in the apartment was removed from her care because there was no evidence they were at risk, Robinson said.

The complaints between September 2014 and August were about general neglect, a category that includes poor supervision, improper feeding, lice infestation and dirty household conditions, Robinson said, adding that none of the complaints alleged physical abuse.

"General neglect calls rarely will result in the removal of the child," he said. "More often than not it's about poverty."

Social services officials were reviewing the agency's handling of the four neglect complaints.

Two of the children at the home belonged to the woman, and the other three had been placed in her care by their incarcerated father after their mother died, Robinson said.