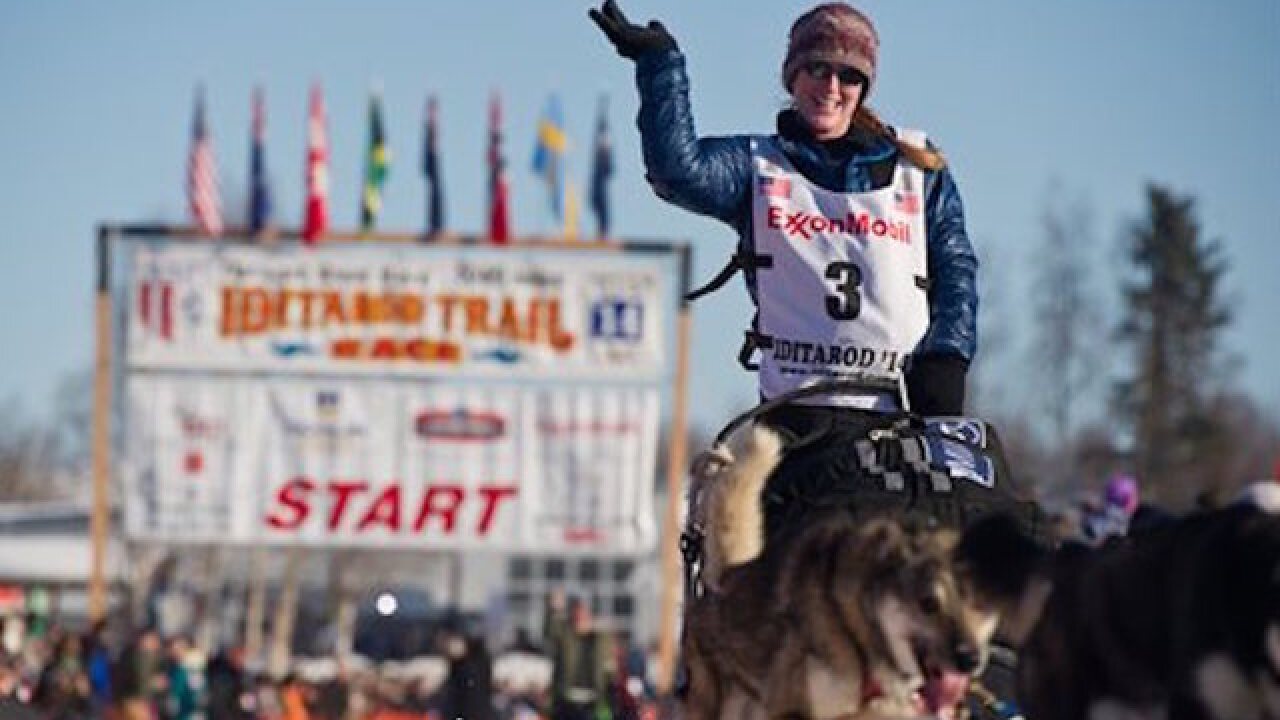 WILLOW, Alaska (AP) — The world's most famous sled dog race began Sunday, with mushers leaving the town of Willow in the competitive start of the Iditarod Trail Sled Dog Race.

Scott Janssen, an undertaker by profession who is known as the Mushing Mortician, was the first musher to set out. The nearly 1,000-mile (1,600-kilometer) race has a staggered start, and the other 84 mushers behind Janssen, were to leave in two-minute intervals.

The race crosses long stretches of unforgiving terrain, including two mountain ranges and the wind-lashed Bering Sea coast. The winner is expected in the old Gold Rush era town of Nome, on Alaska's western coast, in about nine days.

On Saturday, thousands of people lined the streets for the shortened, fan-friendly ceremonial start in Anchorage. The event is designed for fans, allowing them to interact with the mushers, take photos and pet some sled dogs.

The event went forward despite a lack of snow in Anchorage this winter. Snow even had to be shipped this week to Anchorage from Fairbanks for the event. After all that, it snowed about an inch Friday.

The ceremonial start usually covers an 11-mile (17.7-kilometer) route, going along city streets and trails from downtown Anchorage to the east side of the city. But the lack of snow forced organizers to shorten the race to a 3-mile (4.83-kilometer) route.

Race organizers said trail conditions will largely improve for mushers after the official start in Willow.

There are seven former champions in the field, including Dallas Seavey. He has won three out of the last four races, and his only loss in that span was to his father, Mitch Seavey, in 2013.

Dallas Seavey said Sunday that it feels like another day for him and his dogs, doing their thing.

Brent Sass, who finished second in this year's 1,000-mile (1,600-kilometer) Yukon Quest International Sled Dog Race between Alaska and Canada, said it's an incredibly talented field of mushers in the Iditarod and any one of them could be the favorite to win.

"I'm not even going to begin to mention them because there's at least 20 teams that could win this race this year," he said, including one of the eight mushers in the race from Norway.

Two-time champ Robert Sorlie, 58, is a firefighter in Oslo, Norway. In 2003, he became only the second man born outside the United States to win the race, a feat he repeated in 2005. He says this is likely his last Iditarod, citing age and costs associated with the race.