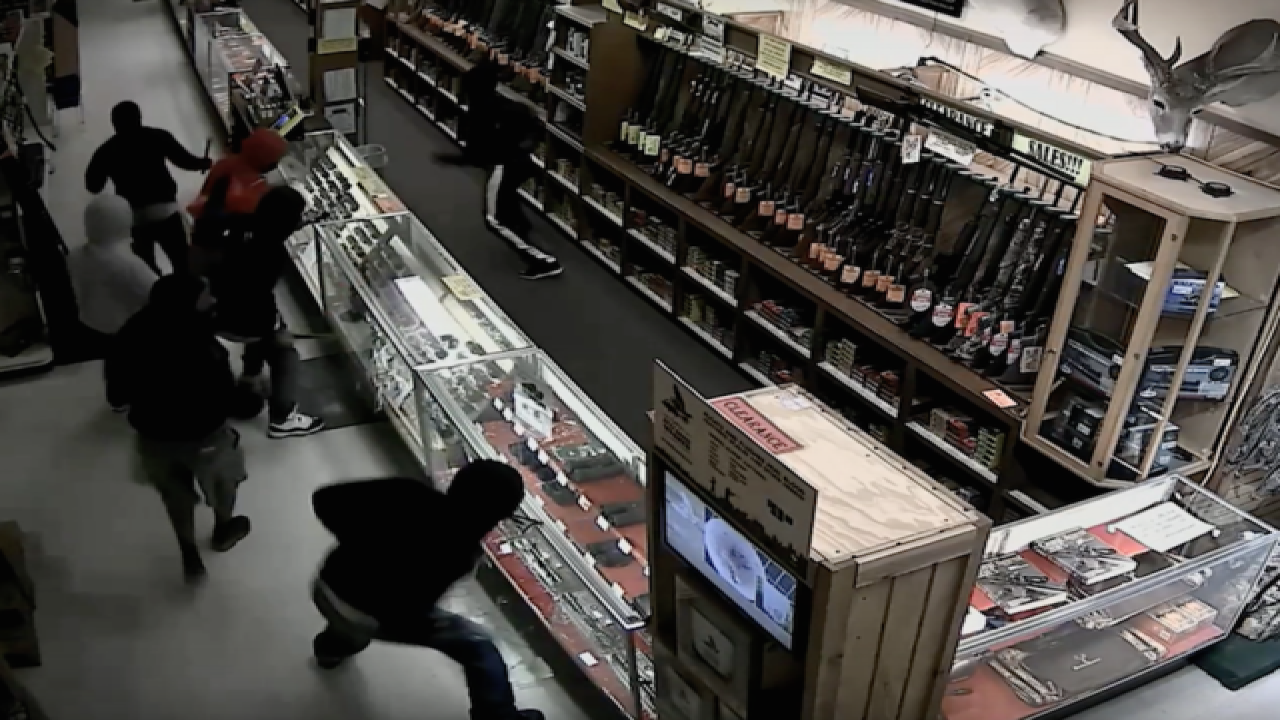 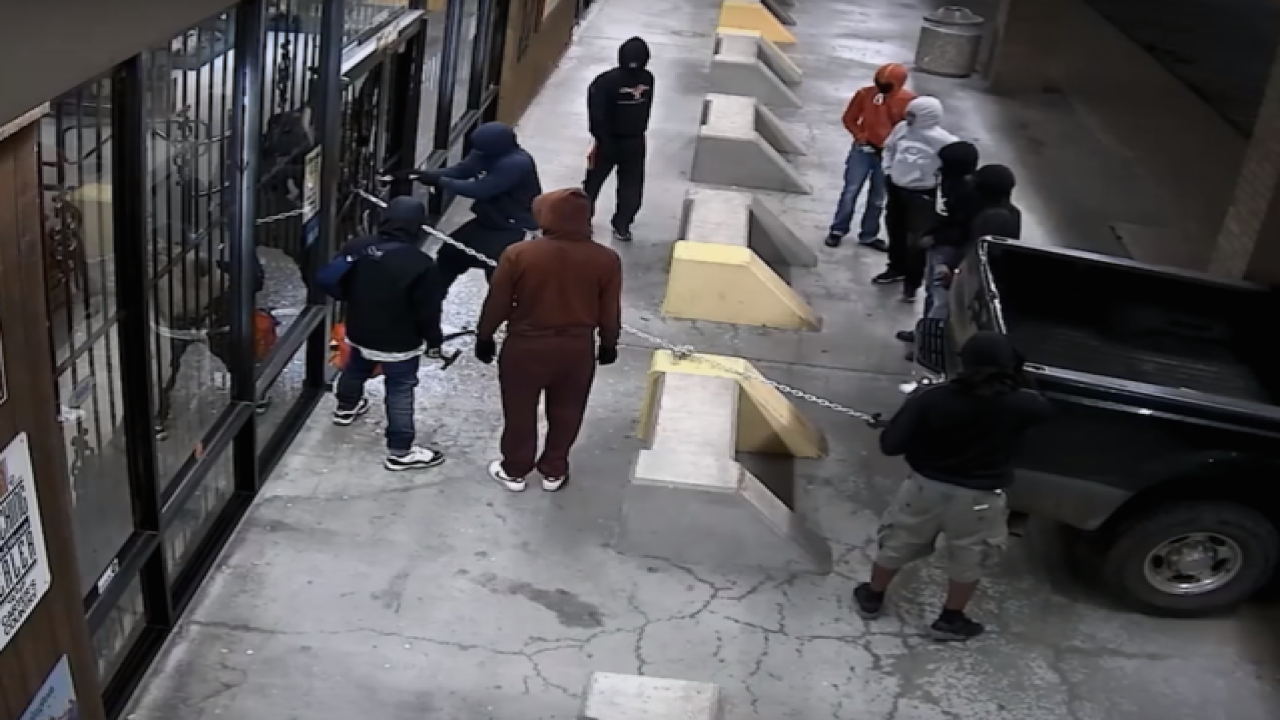 It only took a group of 10 suspects three minutes to steal 50 guns from a Houston gun shop in the early hours of Tuesday morning.

According to Houston Crime Stoppers, the group arrived at the gun store at 4:30 a.m. Tuesday, and used a black Chevrolet Traverse to rip the shop's door off of its hinges. Once the door was pulled off, 10 men entered the store wearing masks, gloves and hooded sweatshirts.

The heist was captured by the gun shop's surveillance cameras.

Several of the burglars used hammers to shatter glass cases to access the shop's handguns. Several other burglars stole long guns from behind the shop's counter.

After three minutes, the suspects had dispersed, and the truck was gone before police could arrive.

Authorities are offering a $5,000 reward for information that would lead to an arrest.