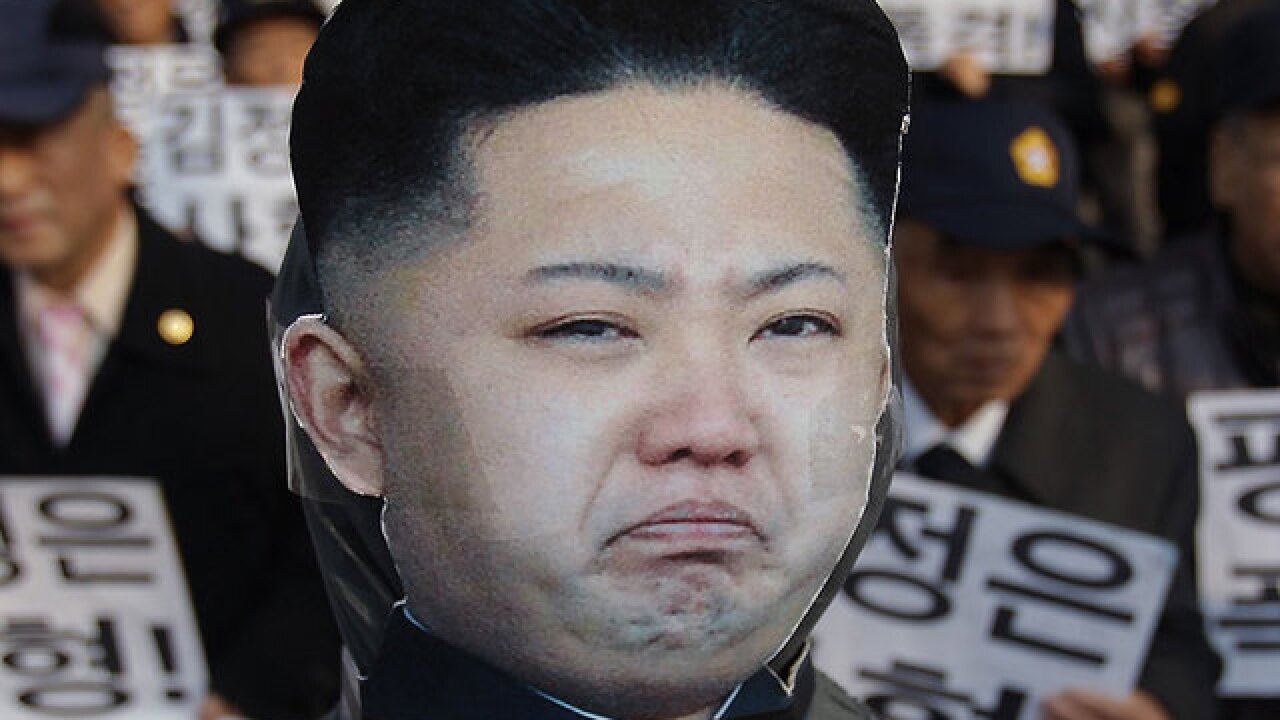 Kim also said his country will ready its military so it is prepared to carry out pre-emptive attacks, calling the current situation very precarious, according to the Korean Central News Agency.

The threats in the statement are part of the authoritarian nation's regular propaganda effort to show strength in the face of what it sees as an effort by its enemies South Korea and the United States to overthrow its leaders; it follows harsh U.N. sanctions over the North's recent nuclear test and long-range rocket launch and comes ahead of joint U.S.-South Korean war games this month that the North claims are invasion preparations.

North Korea has threatened nuclear war in the past, but it is unclear just how advanced the country's nuclear program really is. Pyongyang is thought to have a handful of crude atomic bombs, but there is considerable outside debate about whether it is technologically able to shrink a warhead and mount it on a missile.

"The only way for defending the sovereignty of our nation and its right to existence under the present extreme situation is to bolster up nuclear force both in quality and quantity," the North's dispatch Friday said, paraphrasing Kim Jong Un. It said that Kim stressed "the need to get the nuclear warheads deployed for national defense always on standby so as to be fired any moment."

On Thursday, North Korea fired six short-range projectiles into the sea off its east coast, South Korean officials said, just hours after the U.N. Security Council approved the toughest sanctions on the North in two decades.

The North Korean projectiles, fired from the eastern coastal town of Wonsan, flew about 100 to 150 kilometers (60 to 90 miles) before landing in the sea, South Korea's Joint Chiefs of Staff said in a statement.

Thursday's firings were seen as a "low-level" response to the U.N. sanctions, with North Korea unlikely to launch any major provocation until its landmark ruling Workers' Party convention in May, according to Yang Moo-jin, a professor at the University of North Korean Studies in Seoul.

North Korean citizens in the capital, Pyongyang, interviewed by The Associated Press said Thursday they believe their country can fight off any sanctions.

"No kind of sanctions will ever work on us, because we've lived under U.S. sanctions for more than half a century," said Pyongyang resident Song Hyo Il. "And in the future, we're going to build a powerful and prosperous country here, relying on our own development."

North Korean state media earlier warned that the imposition of new sanctions would be a "grave provocation" that shows "extreme" U.S. hostility against the country. It said the sanctions would not result in the country's collapse or prevent it from launching more rockets.

The U.N. sanctions include mandatory inspections of cargo leaving and entering North Korea by land, sea or air; a ban on all sales or transfers of small arms and light weapons to the North; and the expulsion of North Korean diplomats who engage in "illicit activities."

At the United Nations, Russia's ambassador, Vitaly Churkin, asked about the North's firing of short-range projectiles, said, "It means that they're not drawing the proper conclusions yet."

Japan's U.N. ambassador, Motohide Yoshikawa, said, "That's their way of reacting to what we have decided."

"They may do something more," Yoshikawa said. "So we will see."

In January, North Korea conducted its fourth nuclear test, which it claimed was a hydrogen bomb. Last month, it put a satellite into orbit with a long-range rocket that the United Nations and others saw as a cover for a test of banned ballistic missile technology.

Just before the U.N. sanctions were unanimously adopted, South Korea's National Assembly passed a bill that would establish a center tasked with collecting, archiving and publishing information about human rights in North Korea. It is required to transfer that information to the Justice Ministry, a step parliamentary officials say would provide legal grounds to punish rights violators in North Korea when the two Koreas eventually reunify.