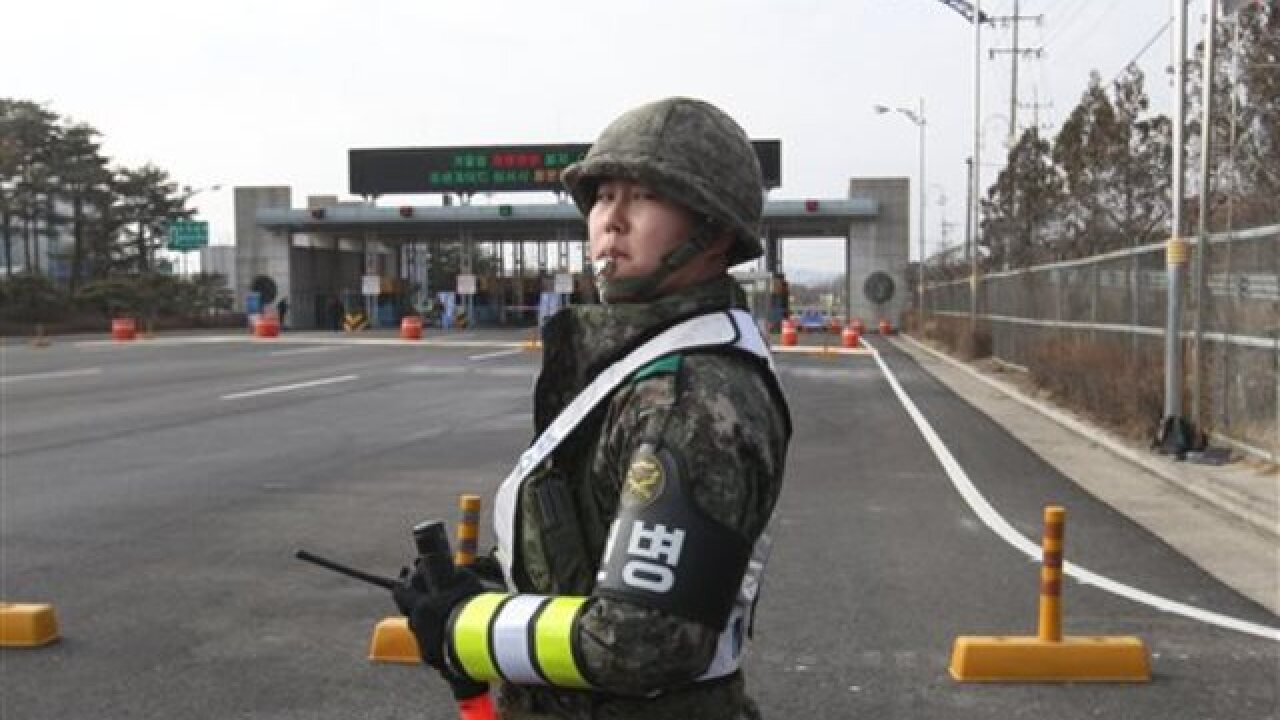 PAJU, South Korea (AP) — North Korea is vowing to immediately deport all South Korean nationals and freeze all South Korean assets at a jointly run factory park in the North.
Pyongyang also said Thursday it was also pulling all its workers from the Kaesong complex just across the tense border in response to the South's suspension of operations there following North Korea's recent long-range rocket launch.
The North's statement by the Committee for the Peaceful Reunification of Korea was issued via the Korean Central News Agency.
North Korea says South Korea's shutdown announcement was a "dangerous declaration of war."
The North also said it was shutting down two crucial cross-border communications hotlines.
Associated Press 2016