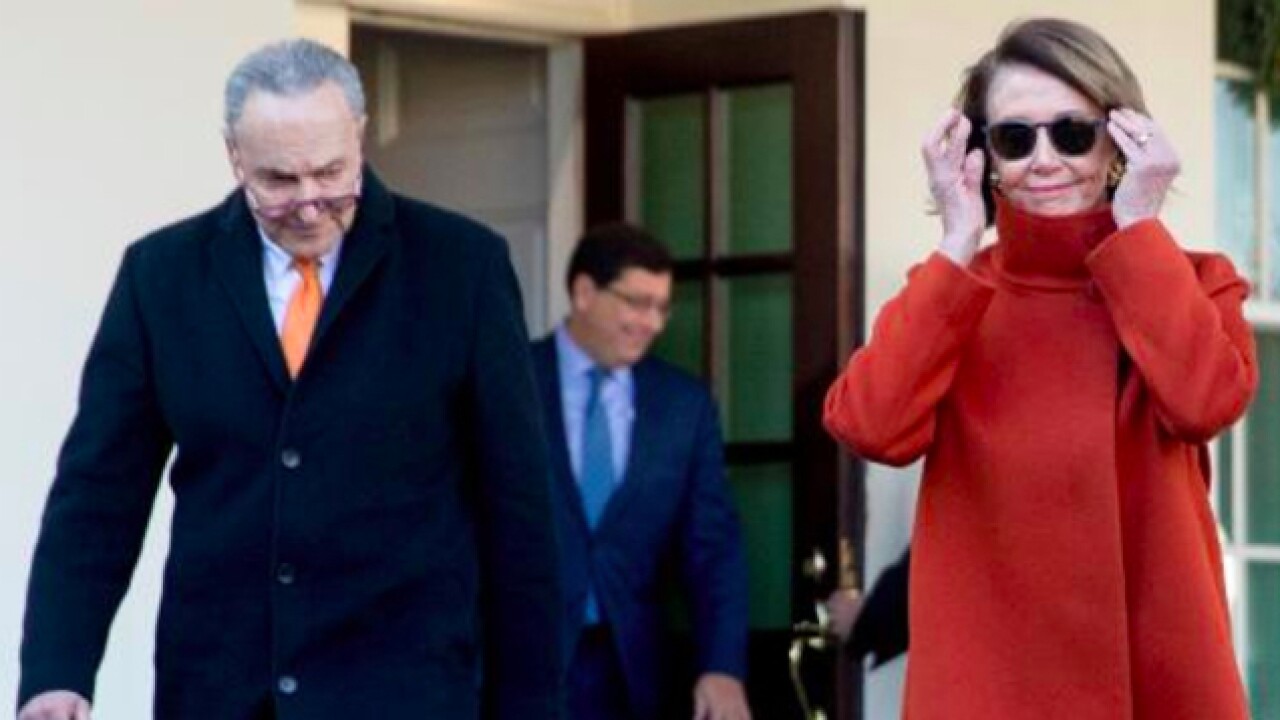 Nancy Pelosi, the likely next House speaker, caused a stir Tuesday when she engaged in a spirited Oval Office meeting with President Donald Trump.

She then emerged from the White House, slipped on her sunglasses and strode to the awaiting media, her rust-colored coat's stand-up collar buttoned high, just below her chin.

It was, as they say, a fashion moment.

Me leaving your Holiday Party after starting major drama pic.twitter.com/BRf98b9R2g

In fact, such a ruckus was caused over the popularity of Pelosi's coat that the designer has decided to reinstate it. The coat, called the "GLAMIS," was last sold in 2013 by Max Mara, but the Italian design house late yesterday said it will re-release it in 2019 in a variety of colors. Max Mara coats typically retail $1,000-2,000, but can go as high at $4,000 and up.

A re-issue is a rarity in fashion, and typically occurs with iconic pieces -- assuming this coat now falls into the category of icon. Examples of sartorial re-instatements include Versace's re-imagining of the label's 1990's prints and patterns into its 2017 and 2018 collections, and J. Crew's re-issue of its roll-neck sweater, a staple from 20 years ago.

That Pelosi has spawned a fashion event of sorts speaks to the power of both her political image and the lightning fast speed of trends on social media.

Pelosi also wore the coat to Obama's second inauguration ceremony in 2013, but it was wearing it in and out of her fiery Oval Office meeting with Trump on Tuesday that this time made it go viral, launching dozens of memes, and even a New York Times think piece by Vanessa Friedman.

Max Mara coats are also a popular choice for first lady Melania Trump, who has worn at least three of them to public events over the past year, including a baby blue wrap coat that retailed for $3,995.

Most recently, Trump wore a white Max Mara "Levico" belted coat to the lighting of the National Christmas Tree in Washington.