NASA breaks world record of getting closest to the sun 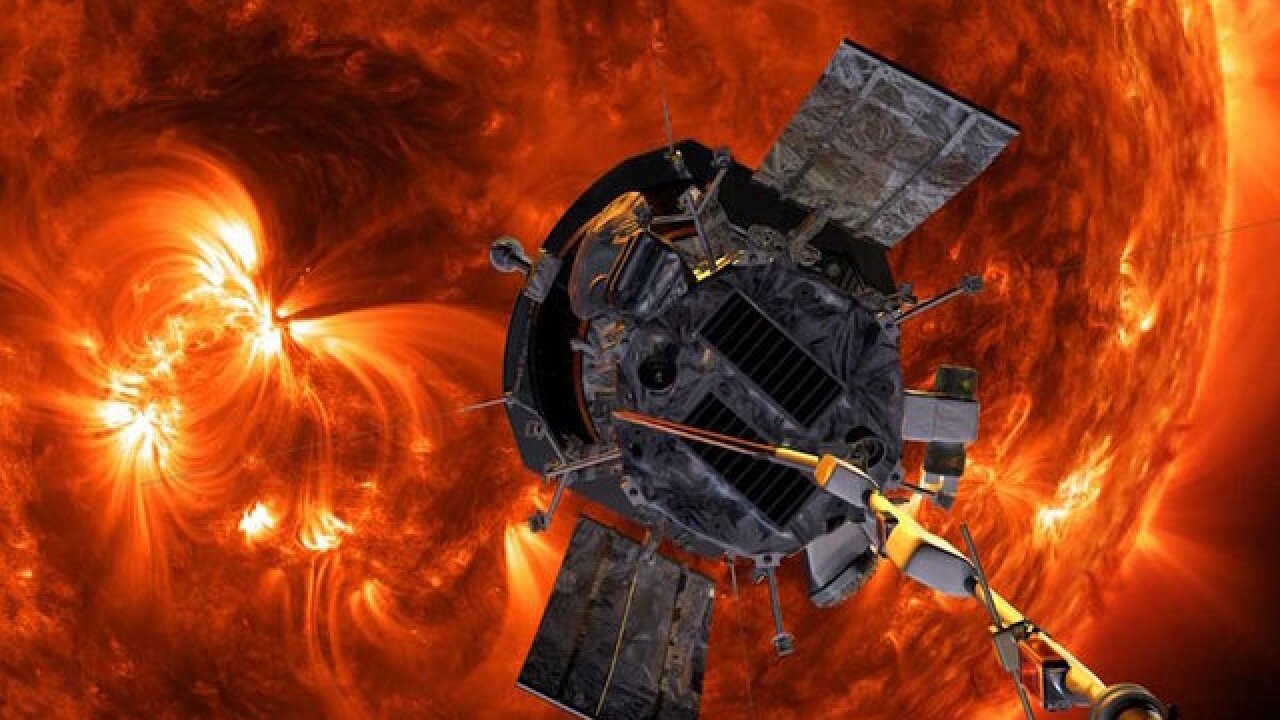 NASA's Parker Solar Probe has broken the world record for the closest approach to the sun ever achieved by a man-made spacecraft — and it's not stopping yet.

The probe surpassed the previous record of 26.55 million miles from the star's surface on Monday October 29 at around 1:04 pm ET.

The previous record was held by the Helios 2 craft, which was launched from Florida's Cape Canaveral Air Force station in 1976.

The Parker Solar Probe is now expected to continue its approach, passing through the corona, or the sun's outer atmosphere, next week, reaching within 15 million miles of its surface.

It will continue to break its own record over the next seven years, carrying out 24 close approaches, reaching within 3.83 million miles from the sun by 2024.

"It's been just 78 days since Parker Solar Probe launched, and we've now come closer to our star than any other spacecraft in history," Andy Driesman, from the John Hopkins Applied Physics Laboratory in Maryland, said in a statement.

"It's a proud moment for the team, though we remain focused on our first solar encounter, which begins on October 31."

The Parker will also beat the world record for the fastest traveling spacecraft relative to the sun. The record was previously held by the Helios 2 in 1976, which reached a heliocentric (or sun-relative) speed of 153,454 miles per hour.

The spacecraft is carrying a number of state-of-the-art instruments, allowing NASA scientists to collect vital data in order to answer fundamental questions about the Earth's closest star.

"We've been studying the Sun for decades, and now we're finally going to go where the action is," Alex Young, associate director for science in the Heliophysics Science Division at NASA's Goddard Space Flight Center in Maryland, said ahead of the probe's launch in August.

Nicky Fox, Parker Solar Probe's project scientist, added: "The Sun's energy is always flowing past our world. And even though the solar wind is invisible, we can see it encircling the poles as the aurora, which are beautiful -- but reveal the enormous amount of energy and particles that cascade into our atmosphere. We don't have a strong understanding of the mechanisms that drive that wind toward us, and that's what we're heading out to discover."

Scientists want to answer phenomena which have puzzled researchers for decades, including the causes behind the acceleration of solar winds and geomagnetic storms.

"It's a bit like if you walked away from a campfire and suddenly got much hotter," Fox said.

The Parker Solar Probe is the first NASA aircraft to be named after a living astrophysicist; 91-year-old Eugene Parker, who proposed the notion of solar wind.