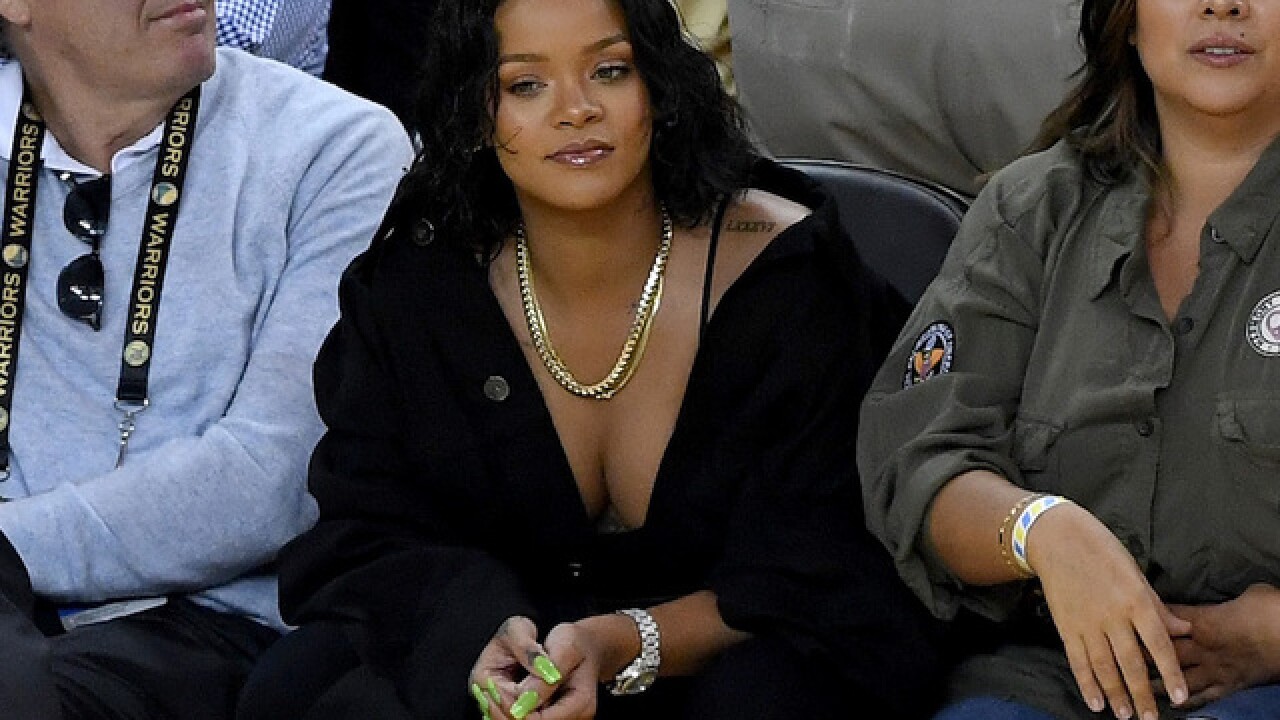 (CNN) -- Forget about the action on the court during Thursday night's opening game of the NBA Finals, did you catch what Rihanna was up to?

People on the internet sure did. Everything the singer did while she watched the Cleveland Cavaliers take on the Golden State Warriors was given play-by-play coverage.

The presence of the Grammy Award-winning performer even caught the attention of ESPN analyst Jeff Van Gundy, who after a LeBron James dunk during the first quarter said, "I don't know about this, but Rihanna just walked in front of me. Are you kidding me?"

Because let's be honest, a James dunk isn't rare but seeing Rihanna put in "Work" as a basketball fan kind of is.

And boy did she.

The singer appeared to be super into the competition, even taking a moment to dab (a popular dance move).

Rihanna is a well known follower of James and the Cavaliers and because of that, some believed she and Golden State Warrior Kevin Durant were engaged in some tension during the game.

A few people accused her of heckling Durant -- and suggested he eyeballed her for it.

For his part, Durant refused to comment on the alleged exchange during a post-game press conference.

And for those interested in the actual game, the Warriors won.