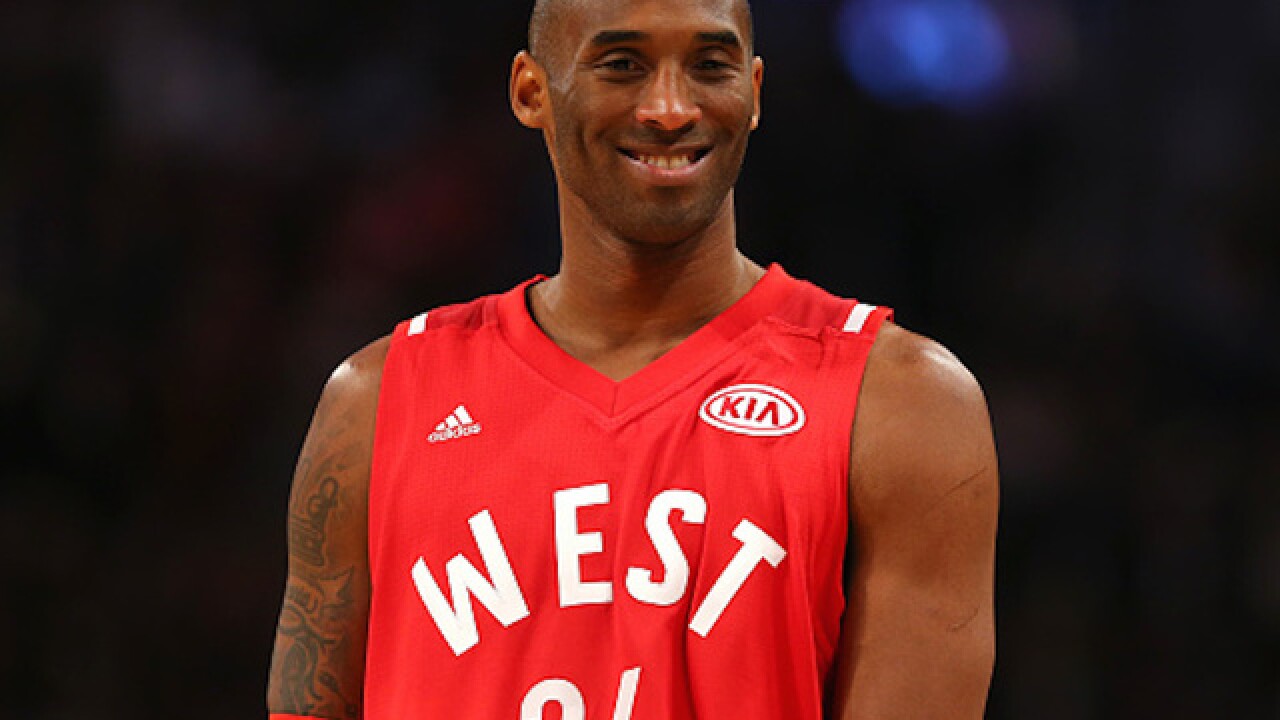 Elsa
<p>TORONTO, ON - FEBRUARY 14: Kobe Bryant #24 of the Los Angeles Lakers and the Western Conference smiles in the first half against the Eastern Conference during the NBA All-Star Game 2016 at the Air Canada Centre on February 14, 2016 in Toronto, Ontario. NOTE TO USER: User expressly acknowledges and agrees that, by downloading and/or using this Photograph, user is consenting to the terms and conditions of the Getty Images License Agreement. (Photo by Elsa/Getty Images)</p>

NBA owners are expected to pass a measure that would allow teams to sell advertisements on their jerseys this week, ESPN reports.

The rule would allow teams to sell 2.5 inch by 2.5 inch patch on the left shoulder of the jersey beginning in the 2017-18 season.

The NBA asked team to project how much they could make from a logo on a jersey. Hearing most fell in the $4M-$6M a year range

The NBA has been pushing for uniform advertisements for the last half decade and has even gone so far to alter each team’s uniform design free up ad space on the shoulder. Beginning in 2014, the standard NBA logo on each team’s jersey was moved from the front shoulder to the back, above the player's’ name.

The league also experimented with advertisements on jerseys at this year’s All Star game in Toronto.

While jersey advertisements are commonplace in professional sports overseas and in American soccer, the NBA would become the first of the “Big Four” sports leagues (NBA, NFL, MLB and NHL) to sell ads on uniforms.

It’s not yet clear how the league would handle revenue from jersey ad sales, but one proposal was reported that 50 percent of revenue would go directly to the team, while the other 50 percent would go to a revenue pool shared by all teams.

If it passes, each NBA team will be allowed only one 2 1/2 by 2 1/2 inch corporate logo on jersey front. Will be on jerseys sold at retail