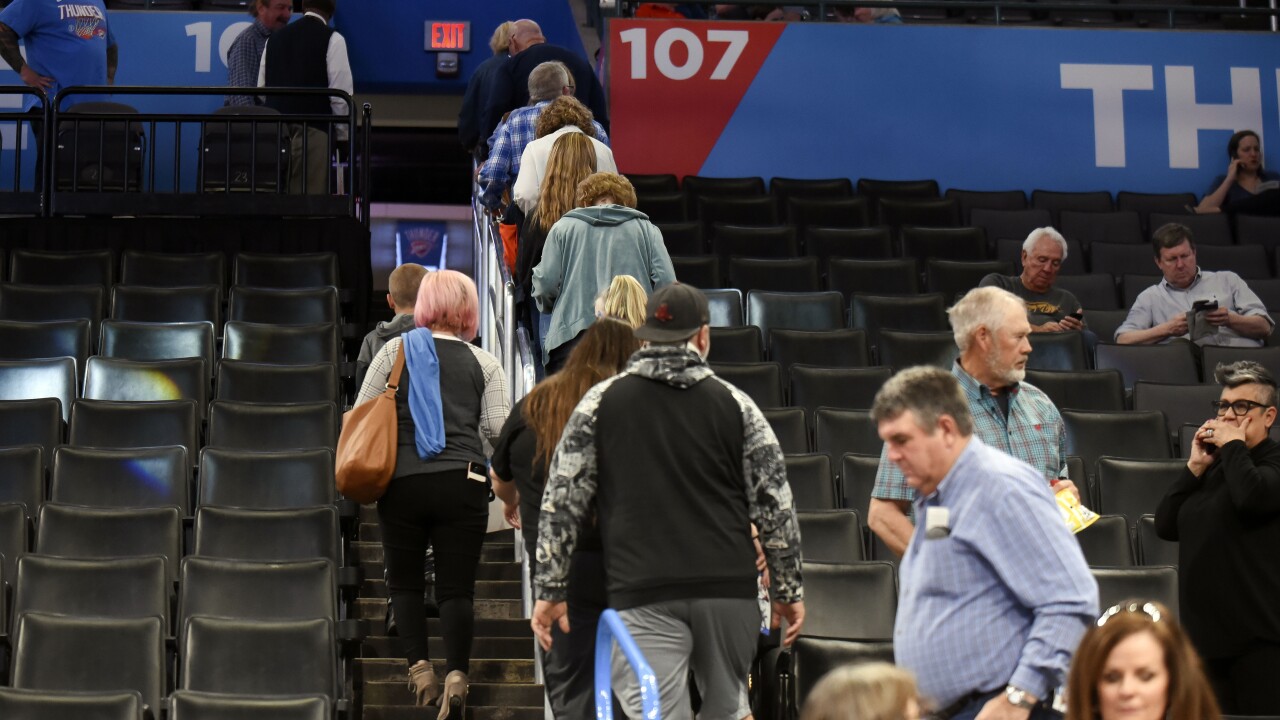 Basketball fans leave Chesapeake Energy Arena after it is announced that an NBA basketball game between Oklahoma City Thunder and Utah Jazz in Oklahoma City has been postponed, Wednesday, March 11, 2020. (AP Photo/Kyle Phillips)

The NBA has confirmed its season has been suspended after a player has tested positive on Wednesday for coronavirus.

The Thunder and Jazz were moments from tipoff when a trainer approached referees. Moments later, players, coaches and referees left the court. The game was then suspended.

An hour later, the NBA announced that the season would be suspended. Games on Wednesday, other than the game between the Jazz and Thunder, will be allowed to conclude, making the decision effective on Thursday.

But the final game of Wednesday's slate, which was also minutes away from tip-off, was postponed.

"The NBA announced that a player on the Utah Jazz preliminary tested positive for COVID-19," the NBA said in a statement. "The test result was reported shortly prior of tonight's game between the Jazz and Oklahoma City Thunder at Chesapeake Energy Arena. At that time, tonight's game was canceled. The affected player was not in the arena."

"The NBA is suspending game play following the conclusion of tonight's schedule of games until further notice. The NBA will use this hiatus to determine next steps for moving forward in regard to the coronavirus pandemic."

ESPN reported that the player that tested positive was Jazz star Rudy Gobert.

"This is crazy, this can't be true," Mavs owner Mark Cuban said on ESPN, moments after he learned of the decision. "It seems more out of a movie than reality."