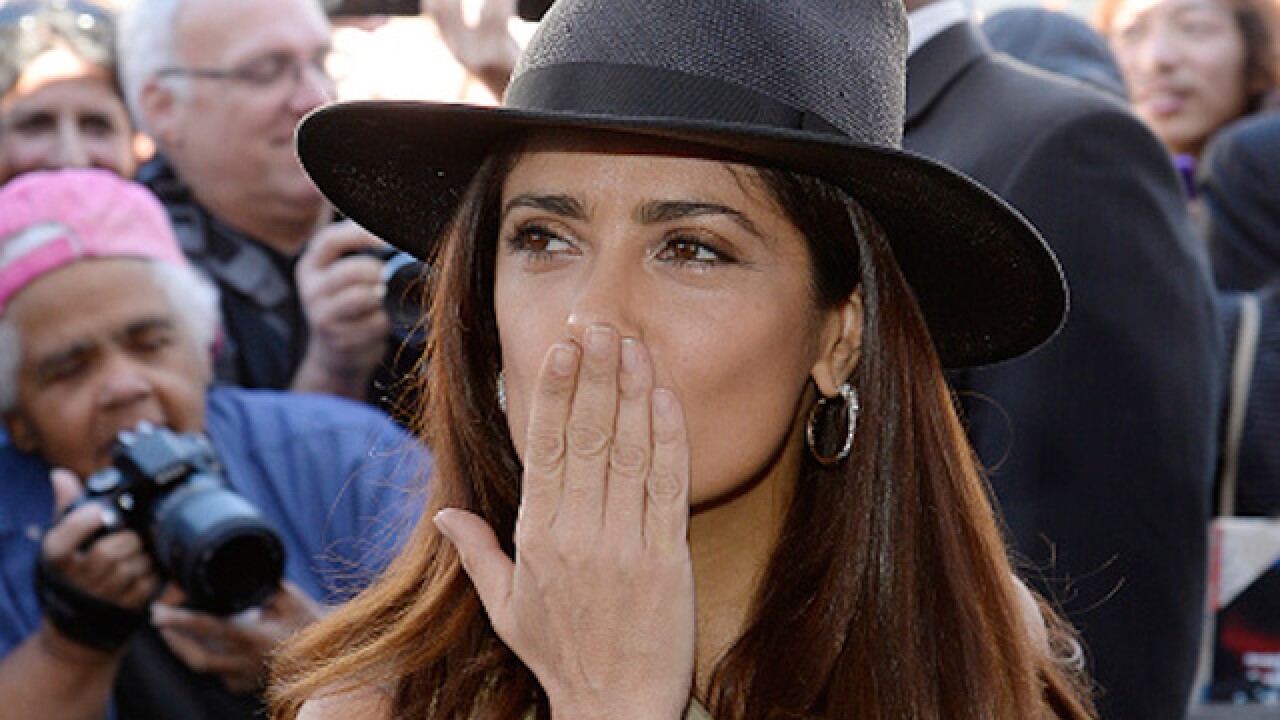 SEATTLE (AP) — Salma Hayek's neighbor fired an air rifle toward a dog that had come into his garage and fought with his dogs, apparently unaware that he had struck and killed the actress' dog, authorities in Washington state said Monday.

The Thurston County Sheriff's Office ruled the shooting justified but will send the case to prosecutors for review, said spokesman Lt. Cliff Ziesemer. The office has been investigating after Hayek's dog was found shot on her ranch on Feb. 19 south of Yelm, about 70 miles south of Seattle.

Kim Lund, the actress' neighbor, told The Associated Press her husband had not intended to kill the dog.

"We didn't even know we hit the dog," she said Monday, adding that her husband held up the pellet gun and shot it to scare the dogs away. She said one of the dogs was on top of her dog at the time.

Ziesemer said Monday that a neighbor told a deputy he was inside his house when he heard what sounded like a dog fight in his garage. The neighbor says he fired one shot from an air rifle and the other two dogs ran off.

Lund said she and her husband were inside their home watching TV when they heard a ruckus in their garage. She said Hayek's dogs often come over to her property and chase her dogs.

"I'm still coming to terms with all of this, as you can imagine," Lund said. "We didn't even know we killed a dog. To find out we killed a dog that belonged to a high profile person, I'm in shock."

Hayek posted on Instagram Friday that she was mourning the death of her 9-year-old dog named Mozart and hoped authorities would find justice. The 49-year-old actress, who was nominated for an Academy Award for her starring role in the 2002 film "Frida," said her dog was a loving and loyal companion and didn't deserve a slow and painful death.

A veterinarian later determined a lead pellet nicked an artery and caused the dog, a Belgian Malinois, to internally bled out, Ziesemer said.

A caretaker was watching Hayek's dogs on the property at the time. The caretaker told deputies she went for a horseback ride with a few dogs. At the end of the road, the dogs took off running toward the sound of other dogs at an adjacent property, Ziesemer said.

Later, the caretaker realized one of the dogs had not returned. She searched and found him dead on a trail.

Lund, who has five dogs of her own and other animals, said she was heart-broken to learn that the actress' dog had died. "My heart is broken. I'm really sorry that the dog died," she said.

The deputy determined that it was justified under Washington state law, since the dog had been inside the garage and was harassing their animals, the sheriff's spokesman said.

A message left with Hayek's publicist was not immediately returned.