Netflix cuts ties with Kevin Spacey, he will be written out of 'House of Cards' 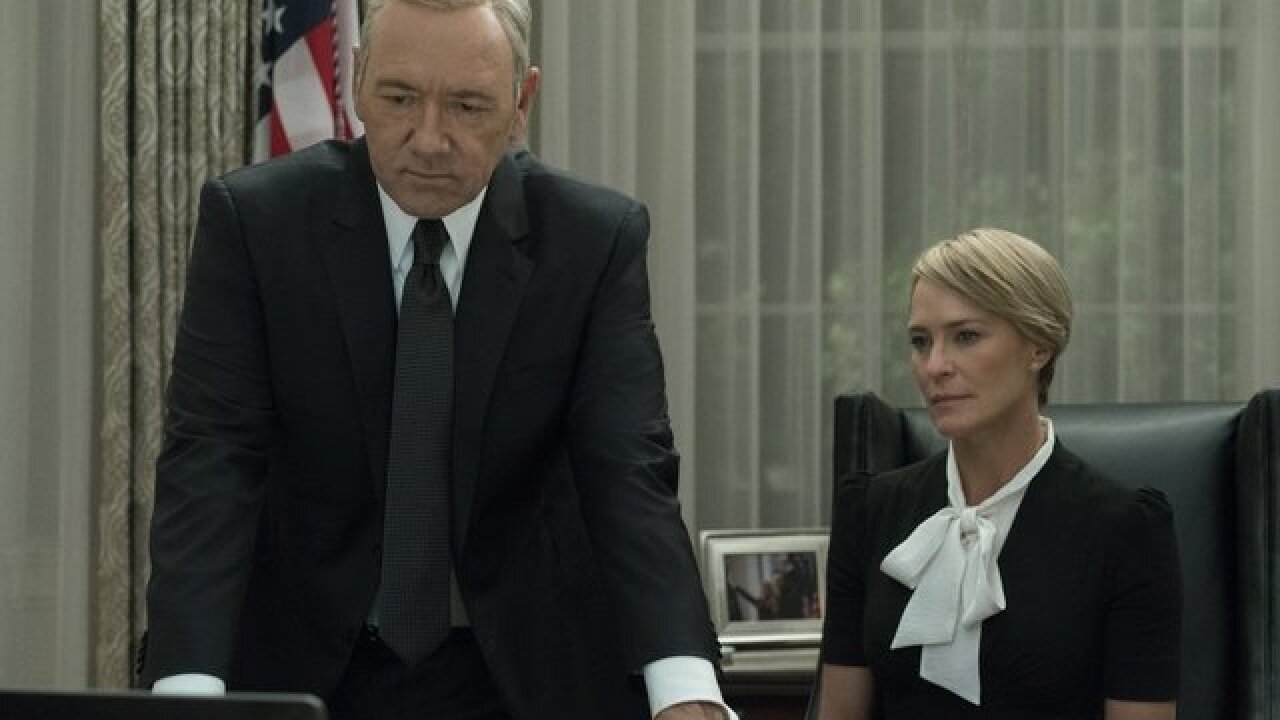 Netflix is cutting ties with "House of Cards" star Kevin Spacey as the actor faces a growing number of allegations of sexual harassment and assault. The actor has also been suspended from the show.

In a carefully worded statement, the streaming network made clear that it would not continue to be involved with the show if Spacey has any part in the drama's future.

"Netflix will not be involved with any further production of 'House of Cards' that includes Kevin Spacey," a spokesperson for the network said. "We will continue to work with [Media Rights Capital] during this hiatus time to evaluate our path forward as it relates to the show."

MRC, which produces "House of Cards," followed up with its own statement, announcing the actor's suspension from the series.

"While we continue the ongoing investigation into the serious allegations concerning Kevin Spacey's behavior on the set of 'House of Cards,' he has been suspended, effective immediately," MRC said.

Netflix has also decided not to proceed with the release of the film "Gore," which stars and is produced by Spacey, the statement said. The film had been in post-production.

The decision comes one day after several current and former members of the "House of Cards" production staff came forward with allegations of sexual harassment in a CNN report. One also accused Spacey of sexual assault.

Actor Anthony Rapp first made allegations against Spacey in a story published by Buzzfeed this week.

Rapp, who appears on CBS's "Star Trek: Discovery," alleges Spacey made a sexual advance toward him at a party in 1986. Rapp was 14 years old at the time.

Spacey issued a statement claiming he did not recall the incident, but he apologized for what he said would have been "deeply inappropriate drunken behavior."

Production on "House of Cards" was halted on Tuesday, a little more than two weeks after filming for Season 6 began in the Baltimore area.

News that the show would be ending after Season 6 was made public in the days following the first Spacey allegation, but sources told CNN the decision had been known by the production team for months prior.

Spacey is currently seeking unspecified treatment, according to a statement from his representative released on Wednesday.

His publicist and talent agency, CAA, have since cut ties with him.

"House of Cards" is a five-time Emmy nominee for outstanding drama.

Spacey has also earned five Emmy nominations in the outstanding actor in a drama category.

On the series, Spacey played a morally bankrupt politician who climbs the D.C. power ladder.

In the final episode of Season 5, Spacey's Frank Underwood resigns from office and his vice president and wife Claire Underwood assumes office.

The finale set the stage for a power struggle between the couple.