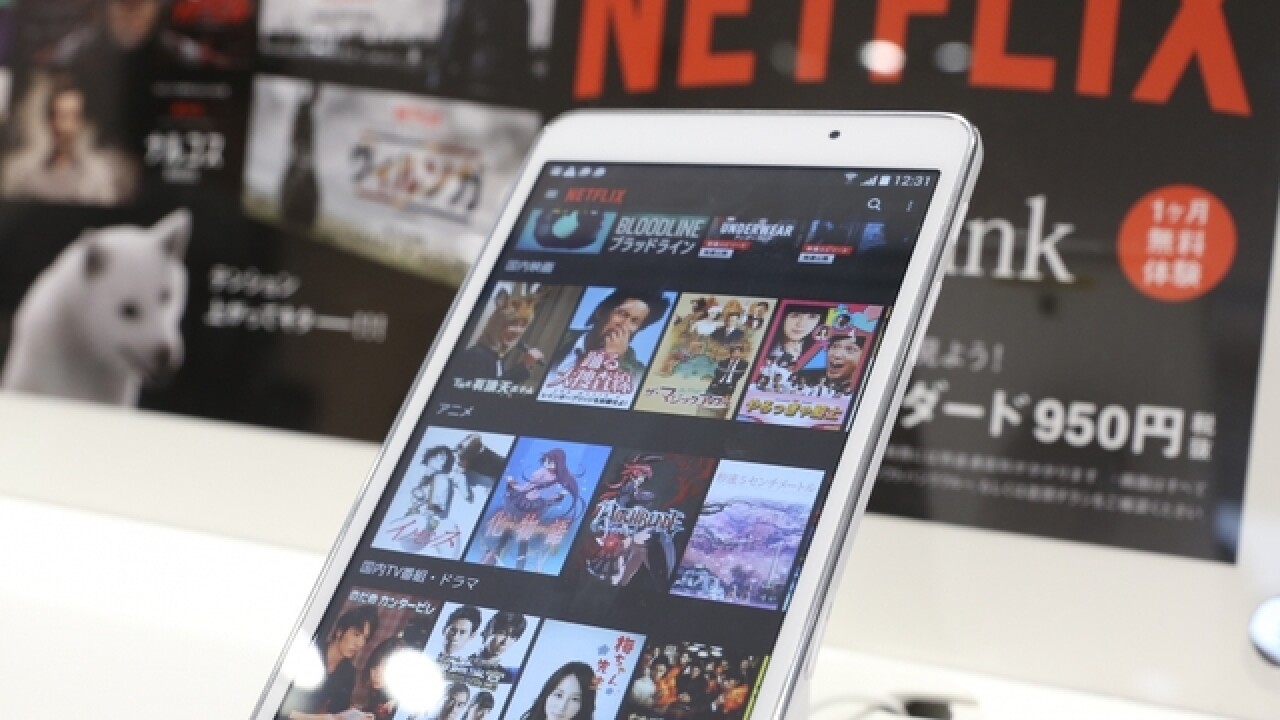 SAN FRANCISCO (AP) — As its U.S. subscriber growth tapers off, Netflix's Internet video service is setting out to conquer the rest of the world in an audacious expansion likely to sway the company's stock and the prices it pays for TV shows and movies.

The stakes riding on Netflix's next act came into sharper focus Tuesday with the release of the company's fourth-quarter report.

Netflix added 1.56 million U.S. subscribers from October through December, slightly below what management had predicted. It marked the second-straight quarter that Netflix's subscriber gains in the U.S. have disappointed.

But international growth topped the company's projections to give Netflix nearly 75 million worldwide subscribers through December.

Although most of Netflix's subscribers are in the U.S., the overseas markets are now the company's marquee attraction. The company picked up another 4 million international subscribers in the fourth quarter to give Netflix 30 million customers outside the U.S.

The Los Gatos, California, company expects to add another 4.4 million international subscribers during the opening three months of this year compared with a projected gain of 1.75 million in the U.S.

"Our high penetration in the U.S. seems to be making net additions harder than in the past," Netflix CEO Reed Hastings conceded in a letter accompanying the fourth-quarter report.

Netflix's international ambitions took a quantum leap earlier this month when its service simultaneously debuted in 130 more countries. The service is now in every major market on its international agenda with the notable exception of China, where Netflix still must find a suitable partner and satisfy the concerns of government regulators who block the country's population from watching some content.

Despite its early inroads overseas, Netflix appears to be facing more challenges internationally than it did nine years ago when it moved beyond its DVD-by-mail service and began streaming video to Internet-connected devices in the U.S.

Netflix now must secure enough programming to cater to the disparate tastes and languages of people scattered across 190 countries while bidding against richer rivals Amazon.com and Alphabet Inc.'s YouTube that also are trying to reel in more overseas viewers to their own video services.

In an effort to gain an edge, Netflix has been investing more heavily in shows such as the award-winning "House of Cards" and "Orange Is The New Black" that can only be watched on its service. Netflix will feature 600 hours of original programming this year, up from 450 hours last year.

But Netflix has been losing the rights in recent years to other popular programming from TV networks Nickelodeon, Starz and Epix.

Wedbush Securities analyst Michael Pachter predicts that trend will continue as other TV networks demand money that Netflix might not be willing to pay, but Amazon probably will.

"Take a cue from the deals that aren't being done with Netflix," Pachter said. "It is a sign that the content providers are willing to walk away and go elsewhere."

As it is, Netflix already plans to spend about $5 billion licensing video this year. That's on top of the more than $9 billion that the company has already committed to pay to studios by September 2018. The company currently generates annual revenue of about $7 billion and ended December with $2.3 billion in cash.

Some analysts believe Netflix won't be able to pay much more for programming without further raising U.S. subscription prices that have already climbed from $8 per month to $10 per month for its standard plan during the past two years.

A price freeze that kept rates at $8 per month for an estimated 22 million U.S. subscribers expires in May, threatening to trigger a wave of cancellations during the spring and summer.

Netflix's rising costs for video and expanding into other countries already has pinched its profit margins. Netflix earned $43 million, or 10 cents per share, in its latest quarter, a 48 percent drop from the prior year.

The uncertainties looming over Netflix has kept its stock in a holding pattern after a searing ascent that turned the company into a Wall Street star.

The shares climbed $7.26 to $115.15 in extended trading, in the same range where it stood six months ago. Over the past three years, though, Netflix's stock has surged to an eight-fold increase in value.