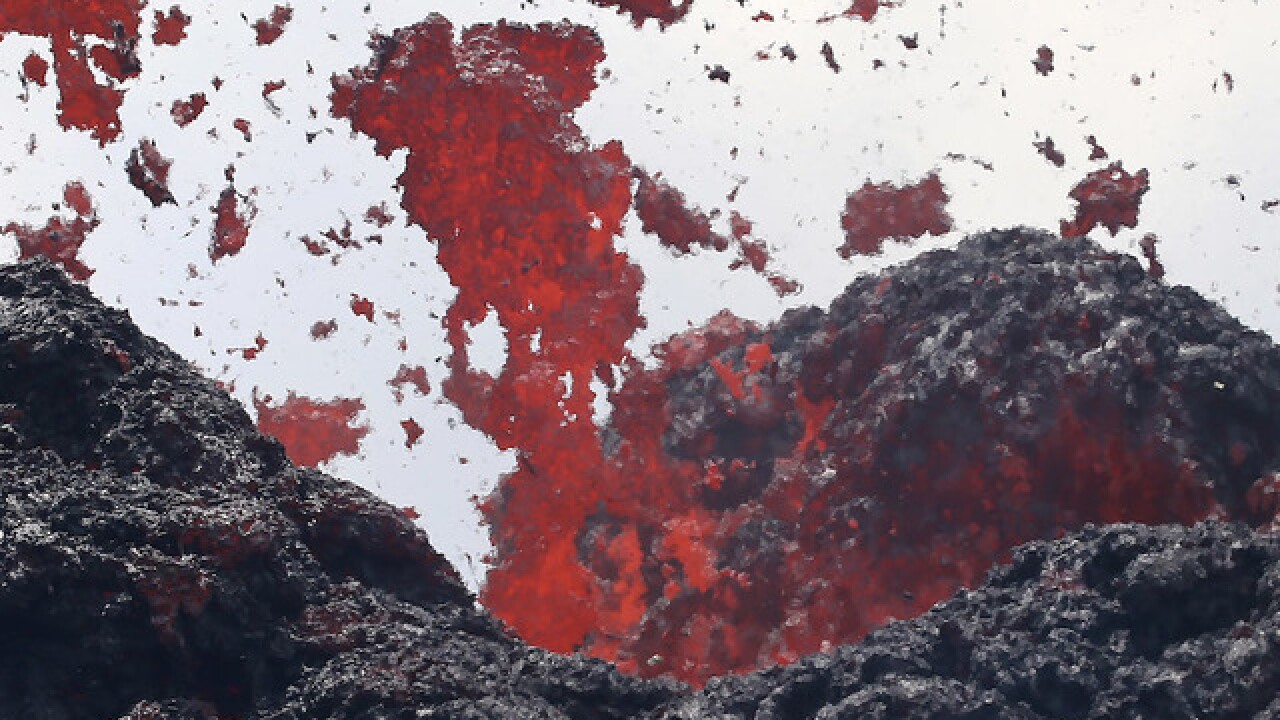 Image copyright 2018 Getty Images. All rights reserved. This material may not be published, broadcast, rewritten, or redistributed.
Mario Tama
<p>A lava fissure erupts in the aftermath of eruptions from the Kilauea volcano on Hawaii's Big Island, on May 12, 2018 in Pahoa, Hawaii. The U.S. Geological Survey said a recent lowering of the lava lake at the volcano's Halemaumau crater Òhas raised the potential for explosive eruptionsÓ at the volcano. Authorities have confirmed the fissure is the 16th to open.</p>

Nearly 2,000 people have been evacuated since the Kilauea volcano erupted May 3, sending lava flowing into communities and threatening a nearby geothermal plant.

The 17th fissure, a crack on the ground through which lava pours out, was reported Saturday night, the US Geological Survey's Hawaiian Volcano Observatory said.

"Lava from this latest outbreak is actively spattering," it said.

The volcanic vents, or fissures, have released slow-moving lava and toxic gas into island communities, gobbling up dozens of homes and vehicles.

Another fissure, the 16th one, was reported earlier Saturday and "produced a lava flow that traveled about 250 yards before stalling," officials said.

That vent was about a mile east of the Puna Geothermal Venture plant, where officials removed 60,000 gallons of flammable liquids due to safety concerns.

In addition to the new fissures, USGS officials said an explosive eruption is possible at Halemaumau crater at the top of the Kilauea volcano. Such an eruption could generate ash plumes over an area 12 miles from the summit crater, the HOV said.

President Donald Trump declared a major disaster in Hawaii on Friday. The declaration allows federal assistance to supplement state and local recovery efforts in areas affected by the Kilauea volcanic eruption and earthquake.

The estimated cost to protect residents over the next 30 days is expected to exceed $2.9 million, according to the governor's office.