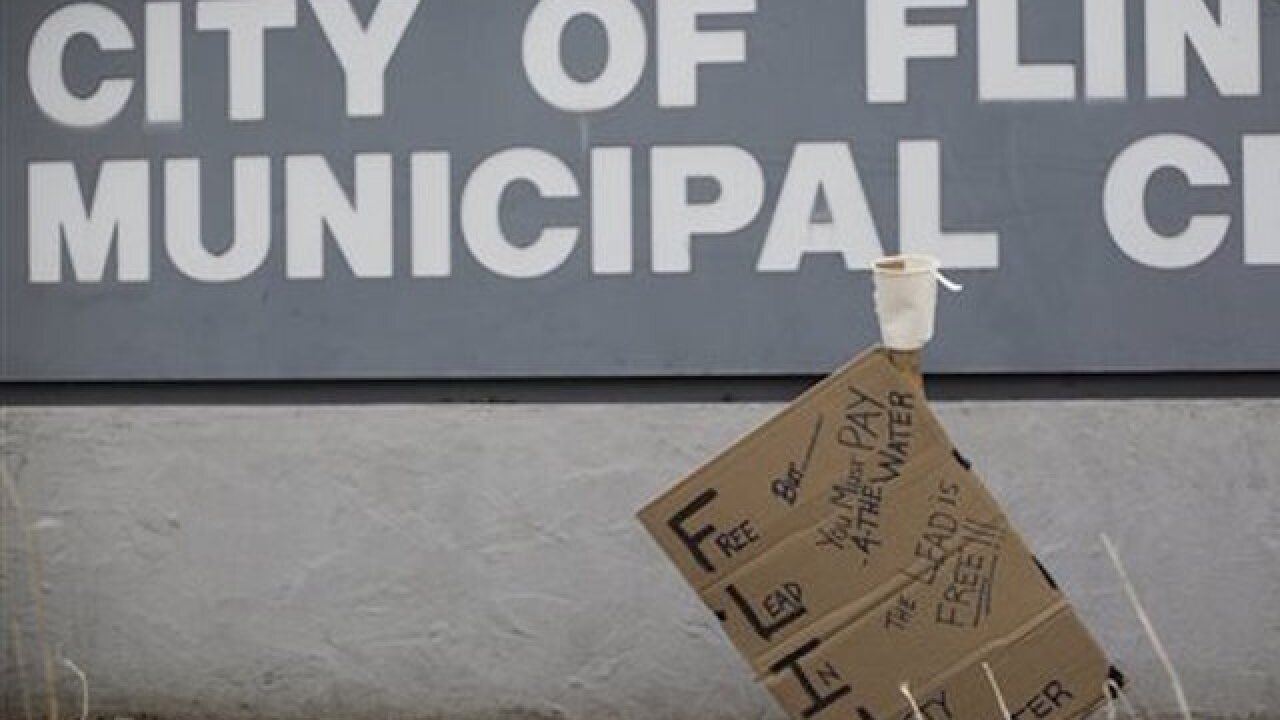 LANSING, Mich. (AP) — The Michigan attorney general's investigation into the process that left Flint's drinking water tainted with lead is drawing bipartisan criticism, with a Republican leader saying it duplicates the work of a state task force and Democrats questioning whether the special counsel will be impartial.

Attorney General Bill Schuette said Monday that Todd Flood, a former assistant prosecutor for Wayne County, which includes Detroit, will lead the probe and be joined by Andy Arena, a retired head of Detroit's FBI office. He said having special counsel will prevent conflicts of interest since the attorney general's office also will defend the state against lawsuits brought by Flint residents.

But Senate Majority Leader Arlan Meekhof said Tuesday that Schuette should hold off on his probe until a panel appointed by Republican Gov. Rick Snyder finishes its work.

"I'm a little concerned about that because the (task force) report hasn't been put out yet and I think duplicating efforts is not very helpful," Meekhof said. "There's plenty of time to look at what happened and who did what when and where, but right now we have people that don't have safe drinking water and we're going to make sure that's done first."

Meekhof suggested Schuette should pay for the outside investigators with existing funds and not ask the Legislature for additional money. He said once the panel is done, Schuette would then have a better idea of whether to investigate.

Senate Minority Leader Jim Ananich, a Democrat from Flint, said Tuesday that Schuette took months too long to investigate, but he will "give him the benefit of the doubt until I see otherwise." A day earlier, Democratic state Rep. LaTanya Garrett asked U.S. Attorney General Loretta Lynch to open a federal investigation, noting that Schuette denied a Democratic legislator's September request for a state investigation.

It is unclear at this point whether the attorney general's probe could result in criminal or civil charges. The investigation could focus on whether environmental laws were broken or if there was official misconduct in the process that left Flint's drinking water contaminated. Flood declined to discuss which laws may have been broken, except to note that "a plethora of laws" could be used and that there are prohibitions against misconduct by public officials.

On Tuesday, national and local NAACP leaders are planning to reveal what they call a "15-point priority plan" to address the health emergency. The civil rights organization said the plan was developed with input from Flint residents. More than half of Flint's 100,000 residents are black.

Flood and Arena will report to Schuette, who promised they would provide an "experienced and independent review of all the facts and circumstances."

He dismissed any concerns about Flood, who is now in private practice and has donated to candidates from both parties, including the maximum allowable amount — $10,200 — to Schuette over the 2010 and 2014 election cycles and $3,000 to Snyder's campaigns.

Schuette declined to investigate in December but later reversed course and announced the inquiry Jan. 15. That came more than four months after a Virginia Tech researcher said the Flint River was leaching lead from pipes into people's homes because the water was not treated for corrosion.

The attorney general said he continually reviews information that comes his way, and that a mass of new data that came to light around New Year's prompted him to open a probe.