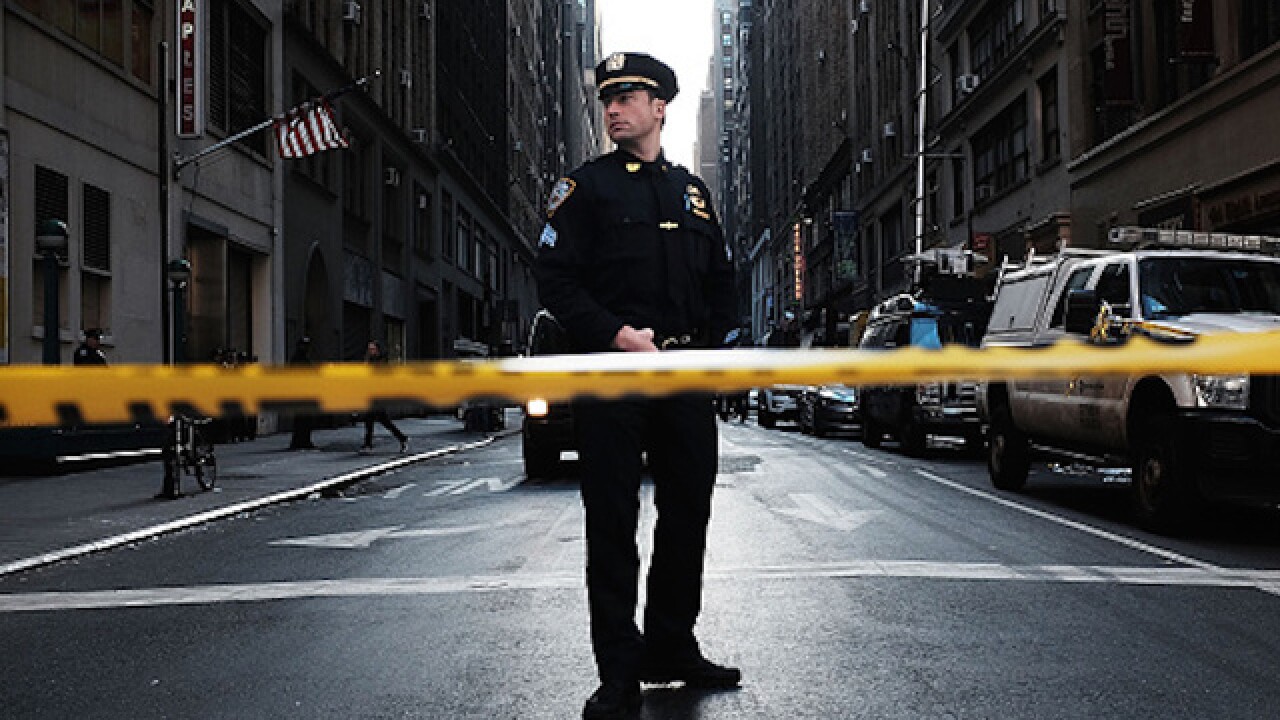 Spencer Platt
<p>NEW YORK, NY - NOVEMBER 09: Police stand at the scene of a midtown shooting that left one dead with two others wounded on November 9, 2015 in New York City. A 43-year-old man was shot and killed in the morning shooting inside a subway station at Eighth Avenue and 35th Street in Manhattan, near Pennsylvania Station. Police are put up crime stoppers posters and are searching for the gunman and two other men. (Photo by Spencer Platt/Getty Images)</p>

As officer-involved shootings have garnered scrutiny in the past few years, many police departments nationwide are re-thinking processes that have been in place for years. Many are paying close attention to the programs offered at the Washington State Criminal Justice Training Commission, and sending officers there to take a crash course.

Instructors run recruits through mock calls and scenes, grade their responses and teach strategies to build relationships with suspects.

"It’s not your traditional police training,” said Dep. Joseph Winters, a TAC officer who works for the King County Sheriff’s Office. "It’s not firearms. It’s not defensive tactics. What we’re trying to help students develop is that one-on-one personal relationship with the individuals they’ll be serving.”

People Killed by Police by Race in 2015 | Graphiq

Rahr sees the role of police as “guardians” of their communities, a contrast to the typical “warrior” skill set commonly associated with the job.

"We are teaching people how to fight, how to shoot, all of those hard skills we call the warrior skills,” said Russ Hicks, a Senior Instructor. "Because really it’s not warrior-guardian, it’s a mix and finding the right balance."

It’s a balance instructors believe will save the lives of police and civilians, alike.

During a mock scenario, police recruit Joel Garcia trained in the “guardian” principle, who approached a ‘suspect’ threatening suicide. Garcia reasoned with the man on an emotional level, by sharing a personal story about his cousin.

The new way of training comes with some pushback, often from officers themselves, concerned about their own safety.

"They hate the way things are and they hate change,” said Hick. "But when you really explain and get down to talking about it, I think they understand this is what good police have been doing all along.”

Nearly 1,000 people were killed by police in 2015, according to a Washington Post database.