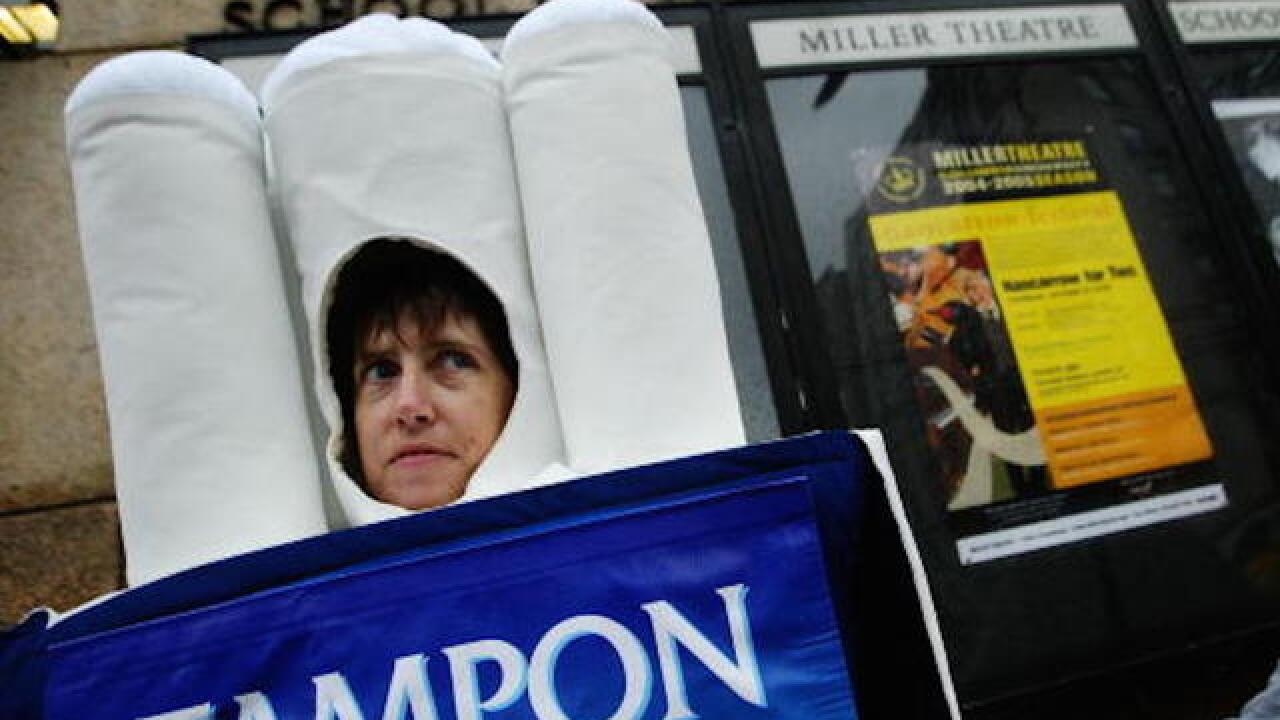 Chris Hondros
<p>NEW YORK - OCTOBER 19: People for the Ethical Treatment of Animals activist Jen Huls stands dressed as a tampon outside of Columbia University during a protest October 19, 2004 in New York. PETA staged a protest alleging that Columbia researchers are conducting cruel menstrual tests on primates and subjecting them to painful conditions. (Photo by Chris Hondros/Getty Images)</p>

To some extent, schools, shelters and lockups in New York and elsewhere already provide the supplies for free. But supporters say New York would be the nation's first city to make that the law in all those settings, rather than leaving the issue to more changeable policy.