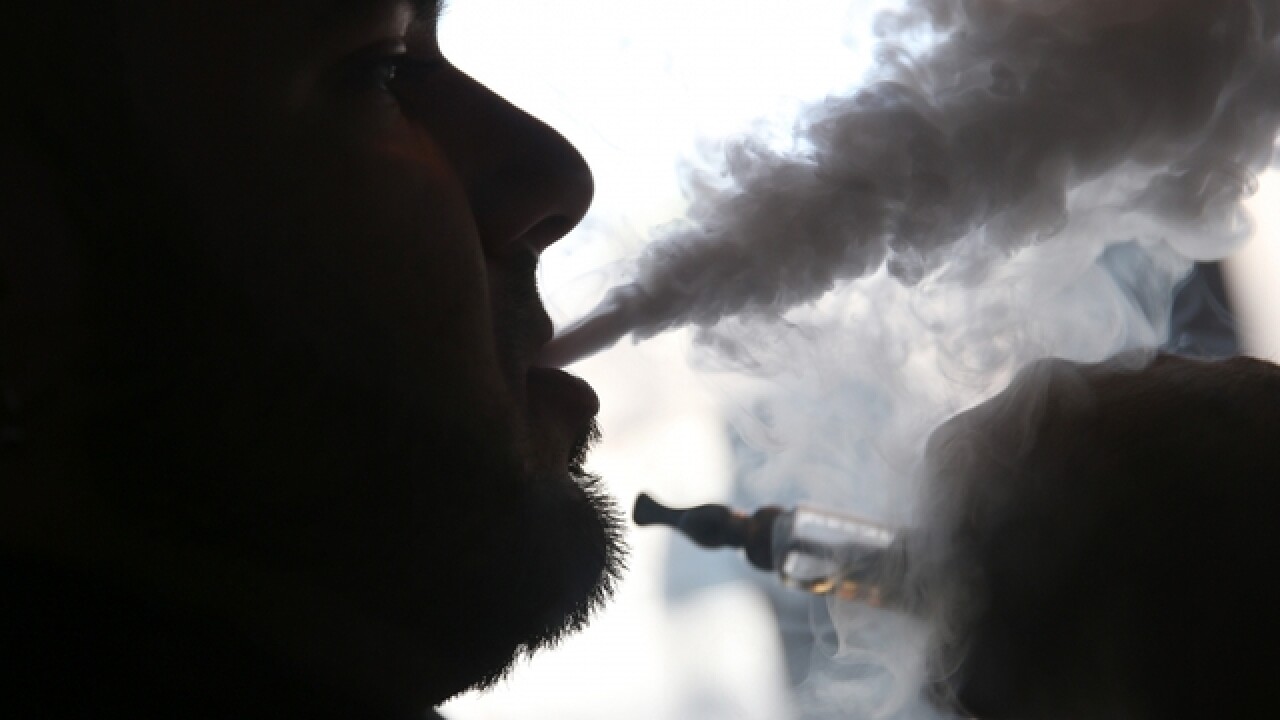 New York state health officials voted Tuesday to carry out Gov. Andrew Cuomo's executive action to ban sales of most flavored e-cigarettes. This ban would stand for 90 days as a piece of emergency legislation. It would need to be renewed to continue.

The only two flavors customers will be able to buy are tobacco and menthol. New York state Health Commissioner Dr. Howard Zucker said in the emergency meeting that officials would take a closer look at menthol to decide whether it should be banned as well.

Members of the Special Codes Committee of the Public Health and Health Planning Council, which is part of the New York State Department of Health, voted to recommend the flavor ban and the full council voted in favor of emergency adoption.

There needed to be "urgent action," Zucker said. The state could not wait for federal action or the state legislature to come back into session.

The ban is aimed at cutting the number of children who vape. Zucker presented data to the council that showed New York state high school student use of tobacco products rose 160% from 2014 to 2018. Surveys showed that 40% of 12th-grade students in New York state had used e-cigarettes.

As of September 14, there are 74 confirmed cases of people who have serious lung illness after vaping in New York state, Zucker said. Around the United States, seven deaths have been linked to vaping-related illnesses, according to the US Centers for Disease Control and Prevention .

The vote followed hours of passionate testimony, mostly from people arguing against the flavor ban.

Vape shop owners testified that the majority of their customers bought flavors. Lisa Talarico-Jaskula, who owns Exotic Vapors in Wheatfield, New York, said she had chronic obstructive pulmonary disease, or COPD, but was healthier after she quit smoking with the help of flavored e-liquid.

"Never would I have stopped smoking without them," she said. She and other store owners warned that the decision would push citizens back to the products that would kill them and move people to the black market.

The state has taken other steps to limit children's access to e-cigarettes.

On September 9, the state mandated stores post signage about the dangers of vaping illegal e-cigarette and e-liquid products. On September 12, an executive order mandated that all tobacco and prevention and cessation programs include e-cigarette prevention materials. The order also expanded school-based programs.

The state also ramped up state police action against retailers who sell to under-age vapers. The state will also put a 20% tax on e-cigarettes, Zucker said.

On November 13, the state will raise the age at which people can buy tobacco and e-cigarette products from 18 to 21.

Michigan was the first state to ban the sale of flavored e-cigarettes last week. No flavors were exempt. The Trump administration also proposed a new enforcement policy that would require e-cigarette makers to take their flavored products off the market.

Some advocates testified they want the governor to go further with the ban and restrict menthol flavor as well.

US Food and Drug Administration research shows that newer smokers prefer menthol to tobacco flavoring and menthol flavoring is "likely associated with increased smoking initiation by youth and young adults," at least where cigarettes are concerned.

Zucker said that still could be a possibility, but they "will continue to implement other action to the vaping epidemic and continue to discuss and research on menthol as needed."

Dr. Glen Martin said it is an important public health issue but that he was moved by some of the dozens of people who testified against the change in the law.

As one of two council members voting against it, he said that passing the ban would be a "big public health experiment" that would likely destroy the industry during the three-month period and that "it makes sense to me to come up with a more comprehensive solution, because I am afraid of the unintended consequences."

"It is undeniable that vaping companies are deliberately using flavors like bubblegum, Captain Crunch and cotton candy to get young people hooked on e-cigarettes -- it's a public health crisis and it ends today," Gov. Cuomo said in a statment. "New York is not waiting for the federal government to act, and by banning flavored e-cigarettes we are safeguarding the public health and helping prevent countless young people from forming costly, unhealthy and potentially deadly life-long habits."

The ban goes into effect immediately, but the Department of Health will give retailers until October 4, before local health departments and the department's district offices, with state oversight, will start visits to shops to enforce the flavor ban.

Retailers who violate the ban will face fines of up to $2,000 per violation. A violation as set out by this code is defined as each unit of flavored e-liquid or product containing e-liquid that is possessed, manufactured, sold or offered for sale.