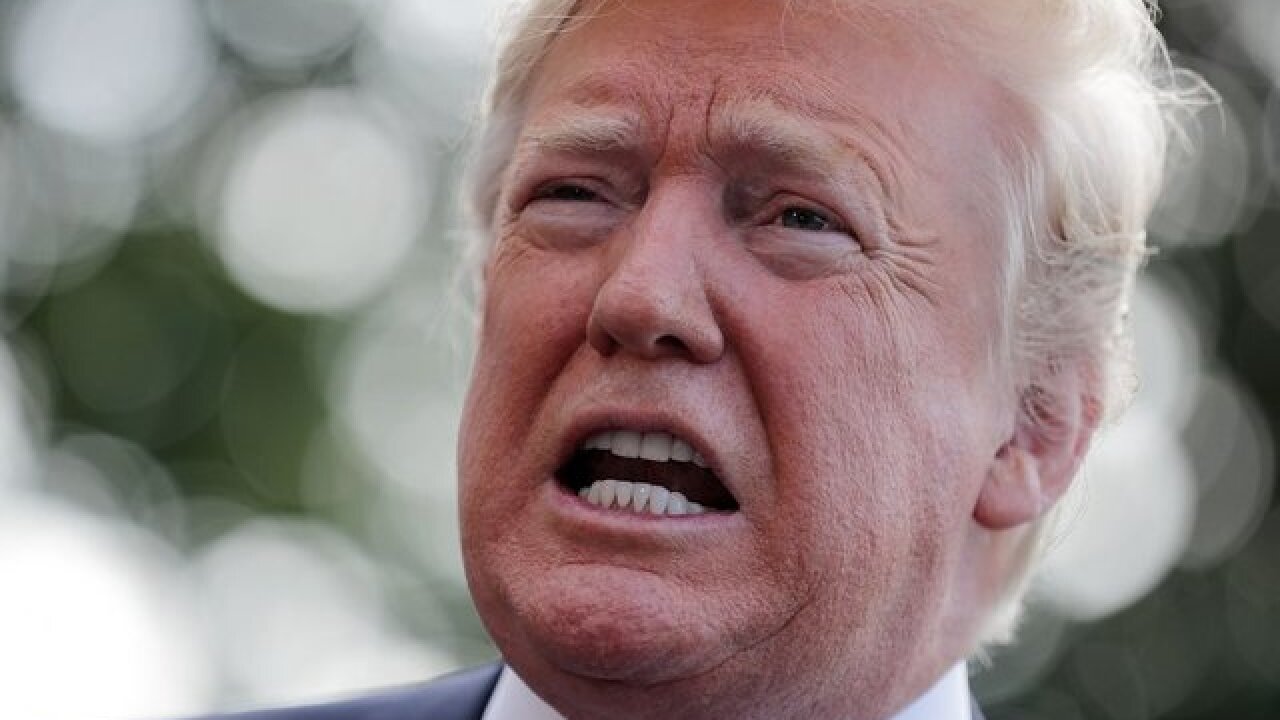 President Donald Trump sought to buy all the dirt on him collected by the tabloid National Enquirer and its parent company American Media Inc., according to a new report.

The plan was never finalized, according to the Times. Lawyers for Trump and Cohen declined to comment to the newspaper, as did AMI.

The information gathered on Trump dating back to the 1980s includes older stories and notes about Trump's marital woes, lawsuits and tips about alleged affairs, among other things, according to the Times.

Last month, CNN published a secret tape of Cohen in September 2016 discussing with Trump a plan to buy the rights from AMI to Playboy model Karen McDougal's story about an alleged affair Trump had with her years earlier. AMI had bought the rights to McDougal's story for $150,000 in August 2016 in a "catch and kill" tactic, in which a publication takes ownership of a story but doesn't publish it.

In the recording, Cohen says, "I need to open up a company for the transfer of all of that info regarding our friend David," likely a reference to Pecker.

Cohen pleaded guilty last week to eight criminal counts, including tax fraud, false statements to a bank and campaign finance violations. The counts were tied to his work for Trump, including payments Cohen made or helped orchestrate that were designed to silence women who claimed affairs with the then-candidate.

In court, Cohen said, "I and the CEO of a media company, at the request of the candidate, worked together" to squelch stories, effectively implicating Trump himself. According to the court filing, Cohen and Pecker worked to suppress potentially damaging claims against candidate Trump.