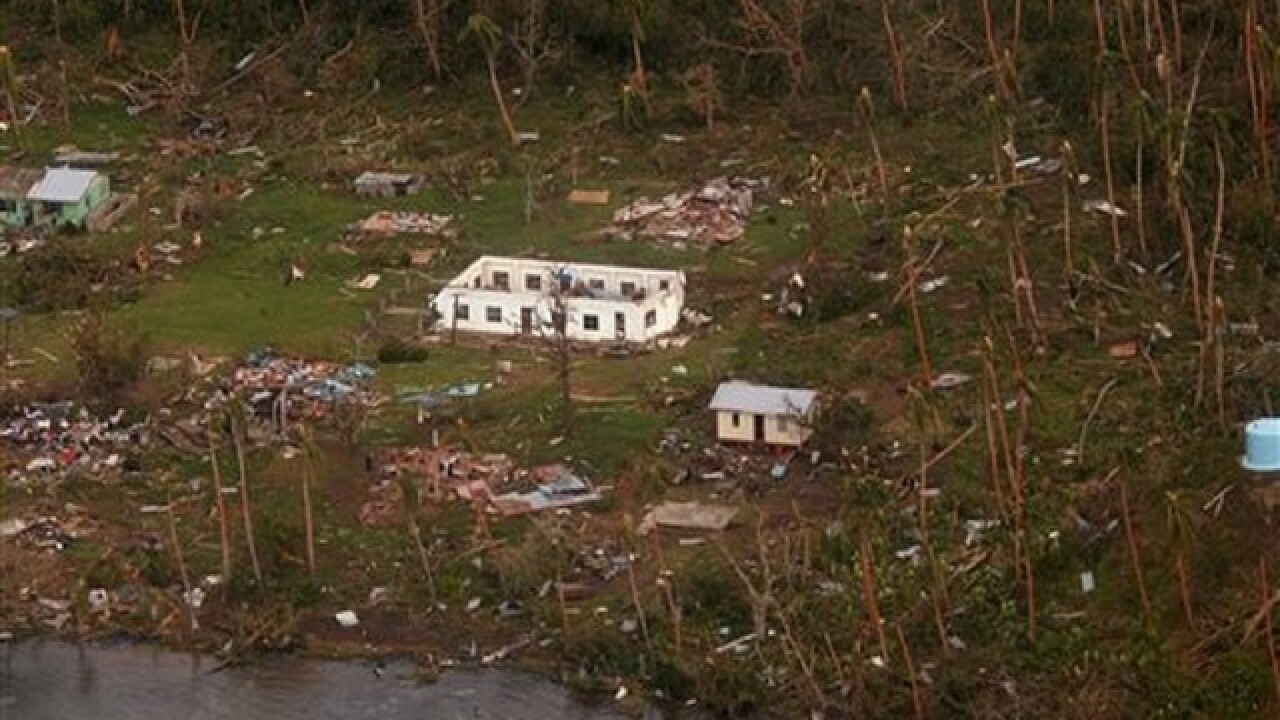 Uncredited
<p>In this Sunday, Feb. 21, 2016 aerial photo supplied by the New Zealand Defense Force, debris is scattered around damaged buildings at Muamua on Vanua Blava Island in Fiji, after Cyclone Winston tore through the island nation. Fijians were finally able to venture outside Monday after authorities lifted a curfew but much of the country remained without electricity in the wake of a ferocious cyclone that left at least six people dead and destroyed hundreds of homes. (New Zealand Defense Force via AP) EDITORIAL USE ONLY</p>

WELLINGTON, New Zealand (AP) — Hundreds of people in Christchurch gathered Monday to commemorate the fifth anniversary of an earthquake which killed 185 people.
One message made by speakers at the botanical gardens service was that while New Zealand's second-largest city has come a long way since the devastating magnitude-6.1 quake, there is still much work to be done.
"There is still some way to go until Christchurch is truly reborn," said Governor-General Jerry Mateparae.
Speakers also mentioned the disquiet they felt when the region was rattled again last week by an earthquake, one of the strongest since 2011. That quake knocked items from shelves and triggered rock falls but didn't cause major damage.
Emergency responders and officials representing more than a dozen foreign nations were among those who read out the names of each of the victims who died in the earthquake on Feb. 22, 2011.
Mateparae said the quake changed the region forever.
"We recall the ordered streets and gracious buildings of a city renowned for its style and substance," he said. "We recall how, in an instant, that physical landscape was shattered. We recall how dust and the sound of sirens filled the air."
He said many people have faced exhaustion, stress, frustration and financial hardship in the years since, but that he hopes the end of that period is fast approaching and people can look at their city with renewed optimism and energy.
Christchurch Mayor Lianne Dalziel said there was an incredible opportunity to reimagine and reinvent the city.
"But we must acknowledge there are still many people who have unanswered questions," she said. "People with unresolved insurance claims, people who are still living in the houses that were damaged five years ago. None of them with any certainty of when they will find closure."
Associated Press 2016