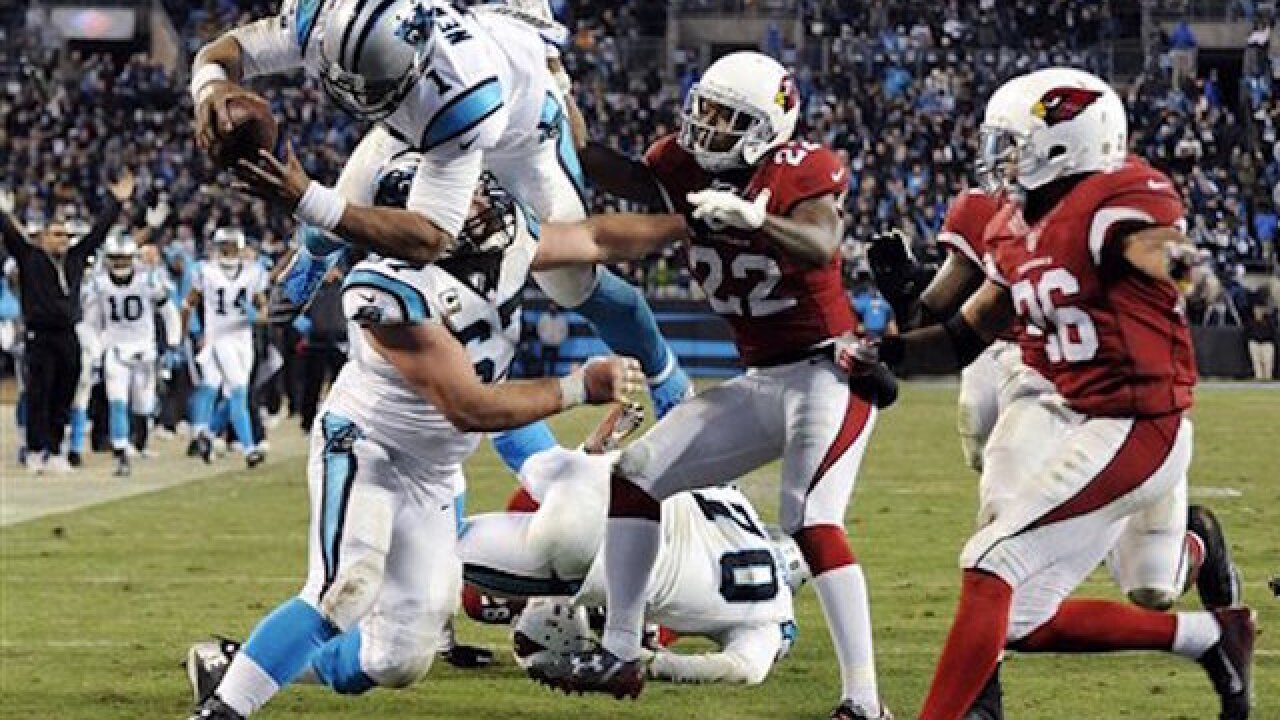 CHARLOTTE, N.C. (AP) — Cam Newton threw for two touchdowns and ran for two others, and Carolina's big-play defense stifled Arizona's top-ranked offense in a 49-15 romp Sunday for the NFC championship.

The NFL's new top man at quarterback — Newton is an All-Pro this season — will lead the Panthers against five-time MVP Peyton Manning and the Denver Broncos in the Super Bowl in two weeks.

It will be the first Super Bowl for Newton and the second trip to the big game for the Panthers (17-1), who lost to New England 12 years ago. Denver, of course, has made a habit of going to Super Bowls, reaching it for a record-tying eighth time.

Carolina's D was destructive. It forced six turnovers by Carson Palmer — special teams got one — as the Cardinals (13-4) allowed their most points this season.