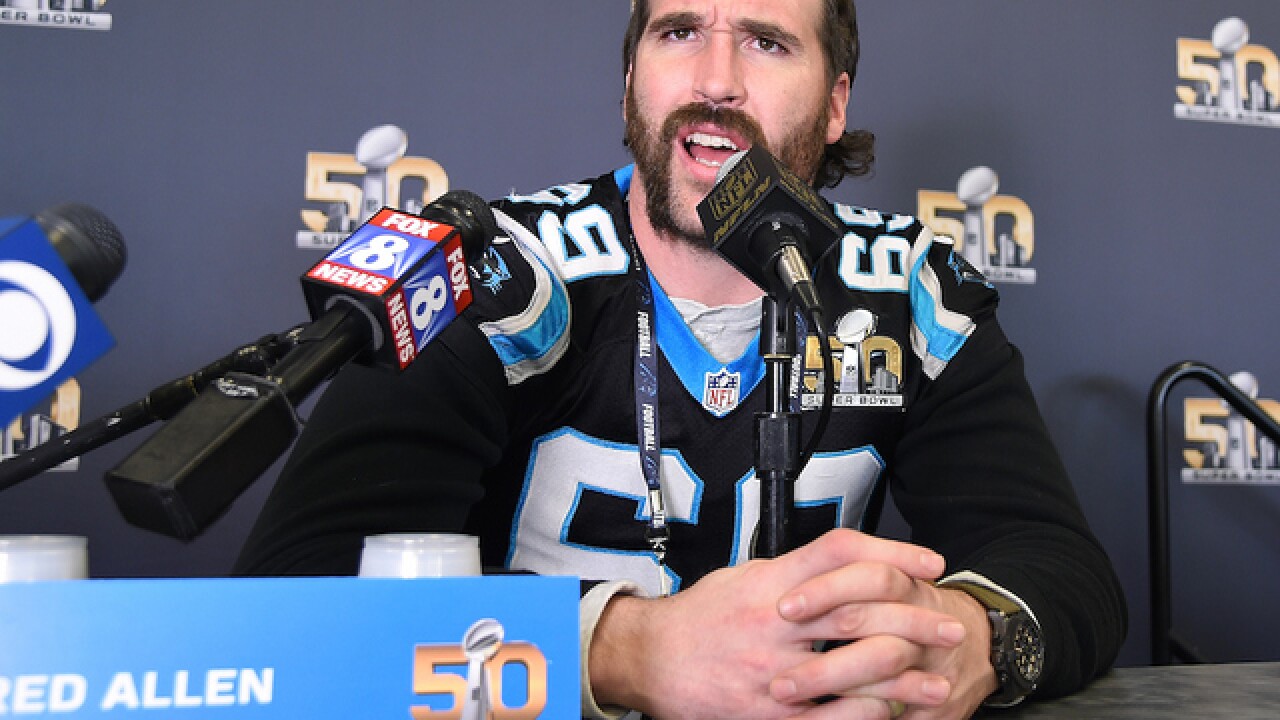 Thearon W. Henderson
<p>Defensive End Jared Allen #69 of the Carolina Panther addresses the media prior to Super Bowl 50 at the San Jose Convention Center/ San Jose Marriott on February 2, 2016 in San Jose, California. On Feb. 18, 2016, Allen announced his retirement from the NFL.</p>

The 33-year-old defensive end racked up 136 sacks in his career, most memorably spent with the Minnesota Vikings and Kansas City Chiefs. Allen was a fan favorite because of his on-field production, big personality and philanthropic efforts.

Allen announced his retirement with a video posted to Twitter in which he attempted to literally ride off into the sunset.

Riding off into the sunset pic.twitter.com/wZXovseGKS

He was a five-time NFL Pro-Bowler and led the league in sacks twice. He currently holds the NFL record for most career safeties, tied with Ted Hendricks and Doug English at four each.

After starting his career with the Chiefs, Allen spent six productive seasons with the Vikings before playing for the Chicago Bears and Carolina Panthers. He was part of the Panthers team that reached Super Bowl 50 earlier this month.