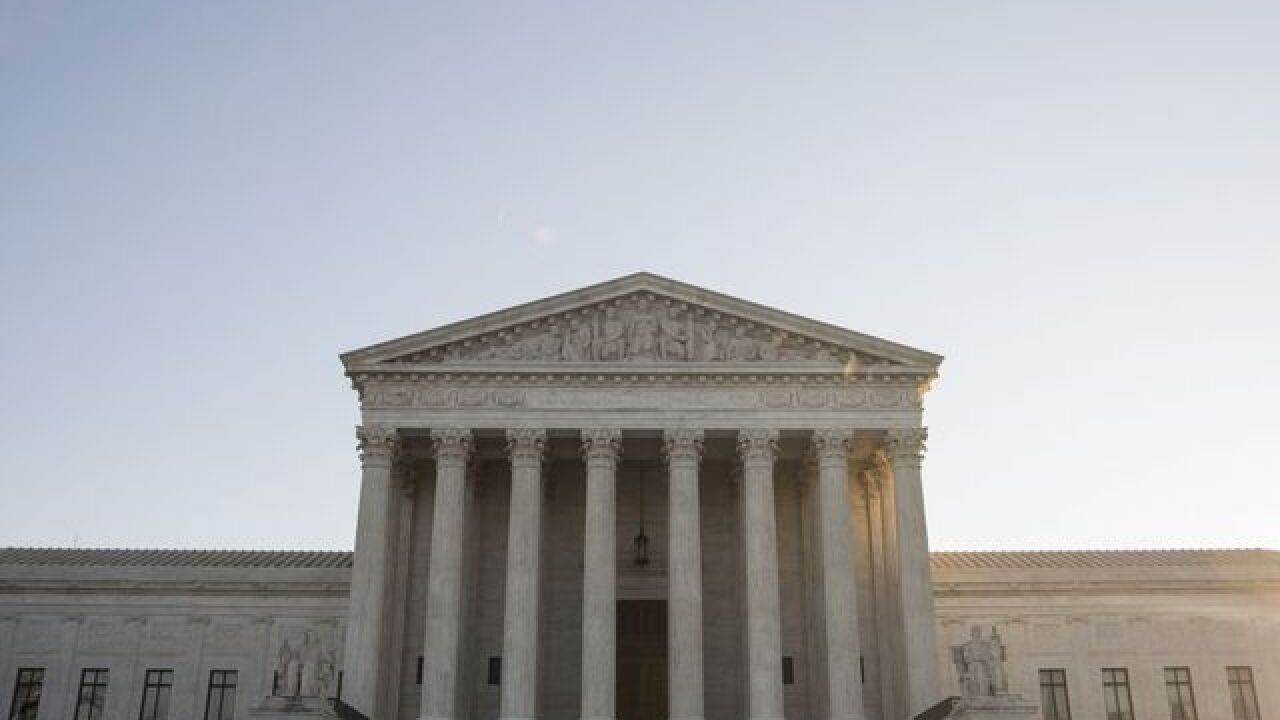 White House lawyers are scouring a life's worth of information about President Barack Obama's potential picks to replace the late Justice Antonin Scalia on the Supreme Court — and not all of it is about the law.
Prospective justices are put through the nation's most thorough background check, an invasive process in which nothing is off-limits. After all, a surprise dredged up later could scuttle confirmation. So candidates' taxes, writings, childhood, business dealings, medical history and yes, love lives, are all scrutinized for potential red flags.
Many of the answers given in private interviews with the White House will remain private — at least for a while. Answers given in response to Senate Judiciary Committee questionnaires tend to be made public in short order, although some remain confidential.
A look at questions that recent Supreme Court nominees have had to answer, compiled from presidential archives, Senate questionnaires and Congressional Research Service reports:
— What was the most unpleasant or embarrassing thing that happened to you while in high school?
— Did you have sex in high school or junior high? If so, how often? How many different girls? Where? Were there any pregnancies? Were there any abortions? Did you ever contract venereal disease? Did you use contraceptives?
— Did you ever have any fist fights?
— What were your grades in high school?
— Were you ever abused by your parents?
— Did you ever engage in homosexual activity? Did you engage in any aberrational sexual activity?
— Do you have any bitter friends, e.g. bitter girlfriends?
— Did you ever engage in cruelty to animals?
— Did you ever use drugs? Glue sniffing? Parents' prescription drugs?
— Did you buy or sell pornography?
— Did you (and your wife) live together before you were married?
— Do you have any current medical problems? (cancer, heart disease, AIDS, herpes)
— Have you ever made public or private statements, either orally or in writing, that could be held to be, even mistakenly, racist or sexist?
— What courses have you taught?
— Describe the 10 most significant litigated matters which you personally handled.
— Did you make any representations to any individuals or interest groups as to how you might rule as a justice, if confirmed?
— Has anyone involved in the process of selecting you for this nomination ... ever discussed with you any currently pending or specific case, legal issue, or question in a manner that could reasonably be interpreted as seeking any express or implied assurances concerning your position?
— List sources and amounts of all income received during the calendar year preceding your nomination and for the current calendar year.
— Have you ever been a member of any club or organization that excludes as members or restricts access to individuals on the basis of race or national origin, religion or sex?
— Is there anything in your personal life that could embarrass you, your family, or the president?
Associated Press 2016