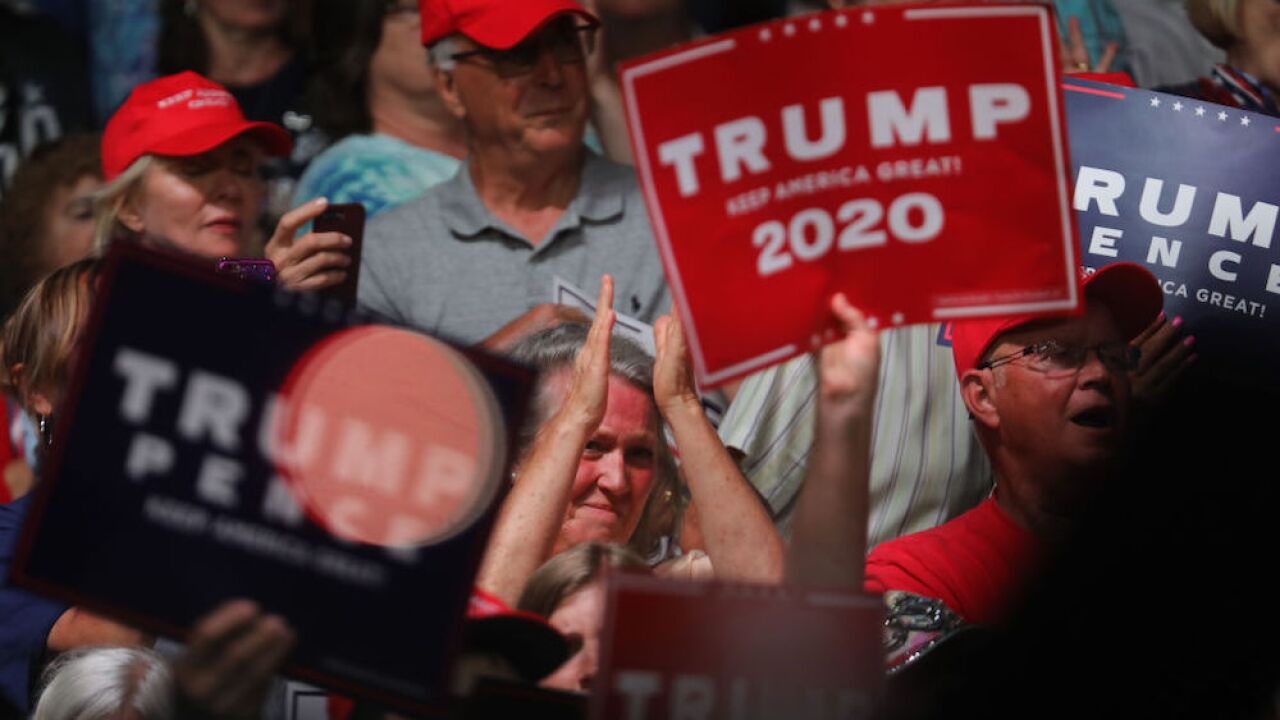 A high school cheerleading team in North Carolina was put on probation by the state athletic association after the team held up a "Trump 2020" sign at a football game earlier this year.

The photo, shared on social media among school parents and conservative groups, shows a cheerleader and two students in what appear to be MAGA hats holding a "Trump 2020: MAKE AMERICA GREAT AGAIN" banner. A number of other cheerleaders are posing near the sign.

According to WSOC-TV in Charlotte, the North Carolina High School Athletic Association (NCHSAA) placed the North Stanly High School cheerleading squad on probation for the rest of the football season.

The Stanly County School District clarified in a statement that the district was not punishing the team for displaying the sign. The district never makes political endorsements, but said that it encourages students to "express their opinions in a respectful manner on their own time."

However, a school spokesperson told CBS News that because the cheerleaders were in uniform and "acting as representatives of the school," the district is asking the cheerleaders not display the sign again.

The district also said in its statement that the sign was displayed before the game began.

An NCHSAA spokesperson told CBS News that "no opportunities for participation (among the cheerleading team) were limited."