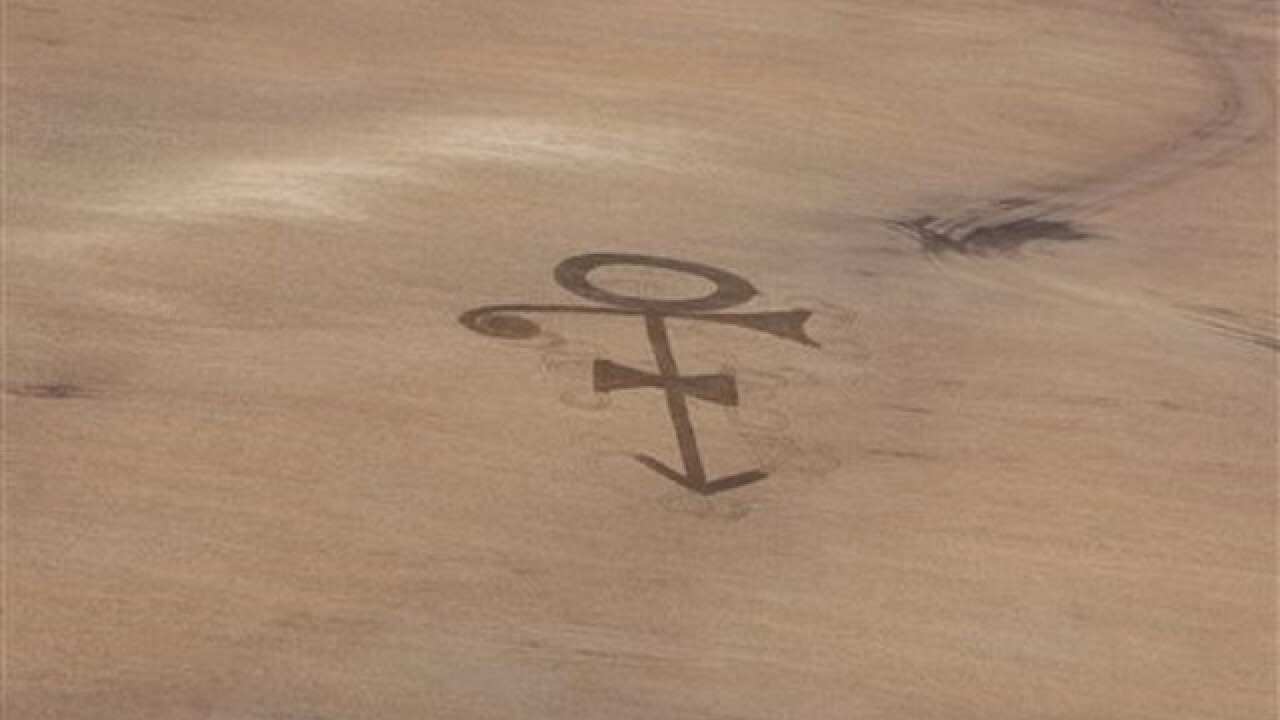 EDGELEY, N.D. (AP) — A retiree in a tiny community in North Dakota has paid tribute to Prince in perhaps the most unique way a farmer can.
Gene Hanson is a retired farmer in Edgeley who always liked the song "Purple Rain." On Friday, he hopped on his tractor and plowed on a football field-size version of the late musician's symbol into his corn field.
The 75-year-old says he found an image of the symbol on the Internet. He put it on his tractor's dash and followed the pattern. When done, he got on his airplane to check it out. He couldn't believe that it had turned out so well.
The tribute is only temporary. Hanson says the field was seeded Monday.
Prince died April 21 in suburban Minneapolis at age 57.
Associated Press 2016