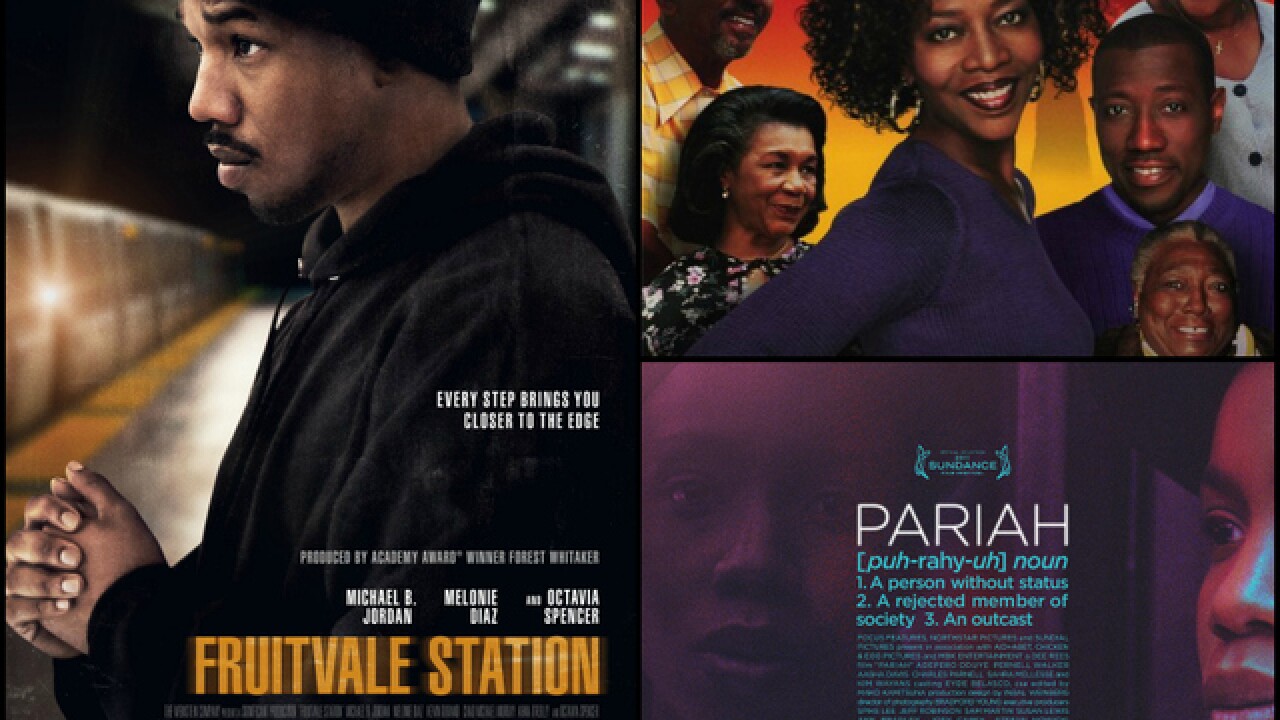 <p>Three movies with African-American lead actors and characters that are on Netflix as of February 2016. "Fruitvale Station," "Down in the Delta" and "Pariah."</p>

Movies starring black actors — and ones made by black filmmakers — are unfortunately still a rare commodity. But there is a respectable selection of movies about the African-American experience currently available on Netflix.

These 13 films focus on everything from the struggle for civil rights to issues of law enforcement turned tragic, to chronicles of everyday black families in modern America. These are great selections to add to your Netflix list during Black History Month.

All the titles listed are scheduled to stay on Netflix through February, but that is subject to change.

This six-part PBS documentary series chronicles the entire African-American experience, from slavery to President Barack Obama’s reelection. More than 30 historians were consulted during the making of the documentary. The series won a Peabody Award.

Director Lee Daniels is one of Hollywood’s most powerful black filmmakers and his historical drama “The Butler” cemented his status by collecting over $175 million at the box office. The movie follows an African-American butler who works at the White House for three decades, starting in 1957. The film features an all-star cast of black actors including Forest Whitaker, Oprah Winfrey and Terrence Howard.

Author Maya Angelou directed this drama about a family in Mississippi. Alfre Woodard turned in a powerhouse performance and was joined in the cast by Wesley Snipes. The film examines the troubles in the family at its center and the strong roots that keep them together.

Part of ESPN’s award-winning documentary series, “Ghosts of Ole Miss” is a 60-minute film about the 1962 University of Mississippi football season, which coincided with the school’s racial integration. The movie is a focused look at one explosive year when the small campus in Oxford, Mississippi became a national focal point.

(Above) Univ. of Mississippi student James Meredith's shooting is examined in "Ghosts of Ole Miss."

With the ongoing debate over policing practices toward African Americans, the plot of “Fruitvale Station” remains poignant. Directed by Ryan Coogler and starring Michael B. Jordan — the team behind 2015’s “Creed” — this film follows the true story of Oscar Grant, a young man who was killed in 2009 by transit police in Oakland, California. Jordan and Oscar winner Octavia Spencer give powerful performances.

A young Denzel Washington stars here in one of his first films, directed by African-American filmmaker Eric Laneuville. It follows the true story of Los Angeles teacher George McKenna, who tries to put his students on the right track, away from lives of drug abuse and gang violence.

Up-and-coming black filmmaker Tina Mabry wrote and directed this indie drama based on her own life growing up in Tupelo, Mississippi. The movie takes a hard look at the effects the cycle of poverty can have on children and families.

This Sundance critical darling follows the trials of a 17-year-old African-American lesbian. The lead performance from Adepero Oduye drew praise as a character who feels unwelcomed by both society and her own family. In 2015, “Pariah” writer-director Dee Rees made HBO’s Emmy Award-winning film “Bessie.”

Boxer Muhammad Ali’s battles outside the ring take the spotlight in this documentary. Ali’s refusal to fight in the Vietnam War and his conversion to Islam are discussed by friends and historians. Interview subjects include trainer Angelo Dundee and Minister Louis Farrakhan.

This NAACP Image Award-winning documentary focuses on historic pictures taken by black photographers. The film showcases the talents of various black photojournalists while also giving an up-close view to some of the bleakest moments in American race-relations history.

This film about a struggling Memphis high school football team was the first documentary directed by an African American to win an Oscar. The movie has been overwhelmingly praised by critics, racking up a 96 percent rating on Rotten Tomatoes.

Based on the 1995 Newbery Honor-winning novel, this film tells the story of an African-American family who travel from Michigan to Alabama in the summer of 1963. The film features performances from David Alan Grier and Wood Harris.