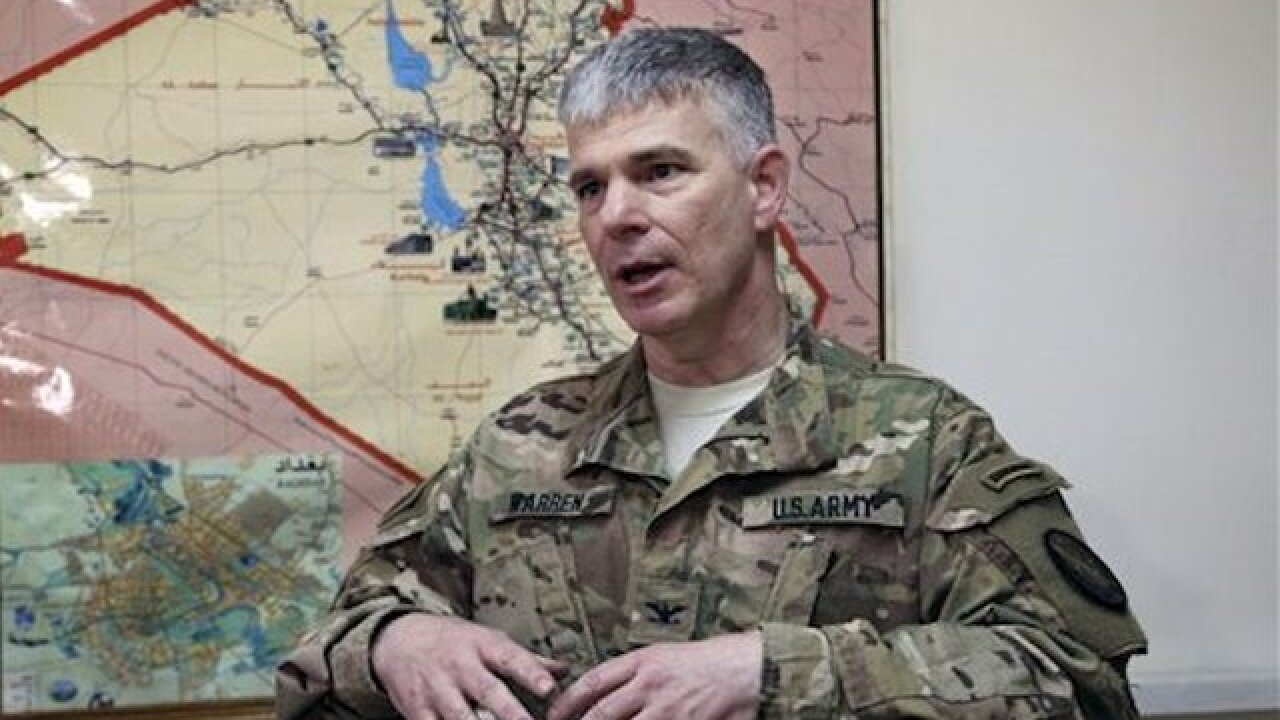 MUNICH (AP) — The Obama administration opened a two-front campaign on Syria on Thursday with a push to end one war there and step up another.

As U.S. Secretary of State John Kerry scrambled in Germany to negotiate the timing and conditions for a cease-fire between the Syrian government and moderate rebels, U.S. Defense Secretary Ash Carter was in Belgium trying to rally new support for the fight against the Islamic State group.

Meanwhile, the United States and Russia traded allegations over the bombing of civilian areas around the besieged city of Aleppo as fighting there intensified, further fueling fears of a mass exodus of refugees.

The Russian Ministry of Defense rejected a Pentagon claim that Russian aircraft hit two hospitals in Aleppo and contended that U.S. aircraft had operated over the city Wednesday.

Ministry spokesman Maj. Gen. Igor Konashenkov said Russian jets hit targets no closer than 20 kilometers from Aleppo, and that two A-10 ground attack jets from the U.S. Air Force had flown from Turkey to attack Aleppo.

U.S. Army Col. Steve Warren, the Baghdad spokesman for the U.S.-led coalition against IS, called the Russian claim "a fabrication" and said the incident was an example of Russia's "indiscriminate" use of force.

The spat complicates Kerry's efforts with Russian Foreign Minister Sergey Lavrov to overcome deep differences between the two powers over a proposed cease-fire.

A truce is seen as critical to resuscitating peace talks between Syrian President Bashar Assad's government and the opposition. They stalled last month before really starting, due largely to gains by Assad's military with the heavy backing of Russian airstrikes.

Russia has proposed a March 1 cease-fire. The U.S. and others see that as a ploy that only serves to give Moscow and the Syrian army three more weeks to try to crush Western- and Arab-backed rebels. The U.S. has countered with demands for an immediate stop to the fighting, allowing peace talks to resume by Feb. 25.

Neither Kerry nor Lavrov, who met hours before a larger gathering of the International Syria Support Group, would predict whether an agreement was possible.

"We're going to have a serious conversation about all aspects about what's happening in Syria," Kerry said as their meeting got underway. "Obviously, at some point in time, we want to make progress on the issues of humanitarian access and cease-fire. We will talk about all aspects of the conflict."

Lavrov said Russia had made a "quite specific" proposal and "we will wait for the American response before we take it" to the larger group dealing with Syria.

Kerry also was holding talks with diplomats from Britain, France, Germany, Qatar, Saudi Arabia and Turkey to form a consensus on the cease-fire proposal.

About 20 countries and groups, including the European Union, are involved in the support group.

"The future of Syria and Syrians is in our hands," said EU foreign policy chief Federica Mogherini, urging an immediate cease-fire.

Five years of conflict have killed more than a quarter-million people, created Europe's biggest refugee crisis since World War II and allowed IS to carve out its own territory across parts of Syria and neighboring Iraq.

At NATO headquarters in Brussels, Carter tried to drum up support for accelerating the fight against the militants.

Carter said he expected the more than two dozen countries contributing to the fight to endorse a U.S. plan for accelerating the campaign. He predicted that recent U.S.-led efforts to ramp up the war would produce "tangible gains" in Iraq and Syria by March.

"We will all look back after victory and remember who participated in the fight," he said, appealing to coalition partners to expand and deepen their military contributions.

NATO Secretary-General Jens Stoltenberg said the alliance agreed Thursday to deploy NATO airborne command and control aircraft in order to free up similar U.S. aircraft for the air campaign in Syria and Iraq.

A few coalition countries have made promises of increased support in recent days.

The Netherlands, which has carried out airstrikes in Iraq, said on Jan. 29 it would expand its efforts to Syria. Saudi Arabia indicated last week it could send ground troops into Syria, although it was not clear whether the offer was conditioned on the participation of U.S. ground forces.

Canada said Monday it will quit conducting airstrikes in Syria and Iraq by Feb. 22 but will expand its contributions to training Kurdish and other local forces and provide more humanitarian and developmental aid. Canada will keep two surveillance planes in the region and conduct aerial refueling missions.

In the latest developments on the ground, Kurdish fighters and their allies captured a military air base in northern Syria under the cover of coalition airstrikes. Russia said its air force had carried out more than 500 combat missions in Syria over the past week.

"For us, it's important to stop the Russian aggression on the Syrian people," said Salem Meslet, a Syrian opposition representative.

Syria's Kurds have been among the most effective forces battling IS, but they have remained largely neutral in the conflict between Assad and the rebels fighting to overthrow him.

But on Wednesday, the main Kurdish People's Protection Units launched an attack along with some Arab allies against the Mannagh military air base and captured it, according to a rebel commander and an opposition activist group. The Kurds appeared to be exploiting the chaos to expand their nearby enclave.

In Moscow, defense ministry spokesman Konashenkov said that since Feb. 4, Russian warplanes had conducted 510 combat missions and destroyed 888 "terrorist facilities" in several Syrian provinces, including Aleppo, Daraa and Latakia, where the government offensive is concentrated.

"We have not witnessed such bombardment since the revolution began," said Abdul-Jabbar Abu Thabet, commander of a moderate faction fighting both Syrian government forces and IS. The uprising against Assad's government started in March 2011.