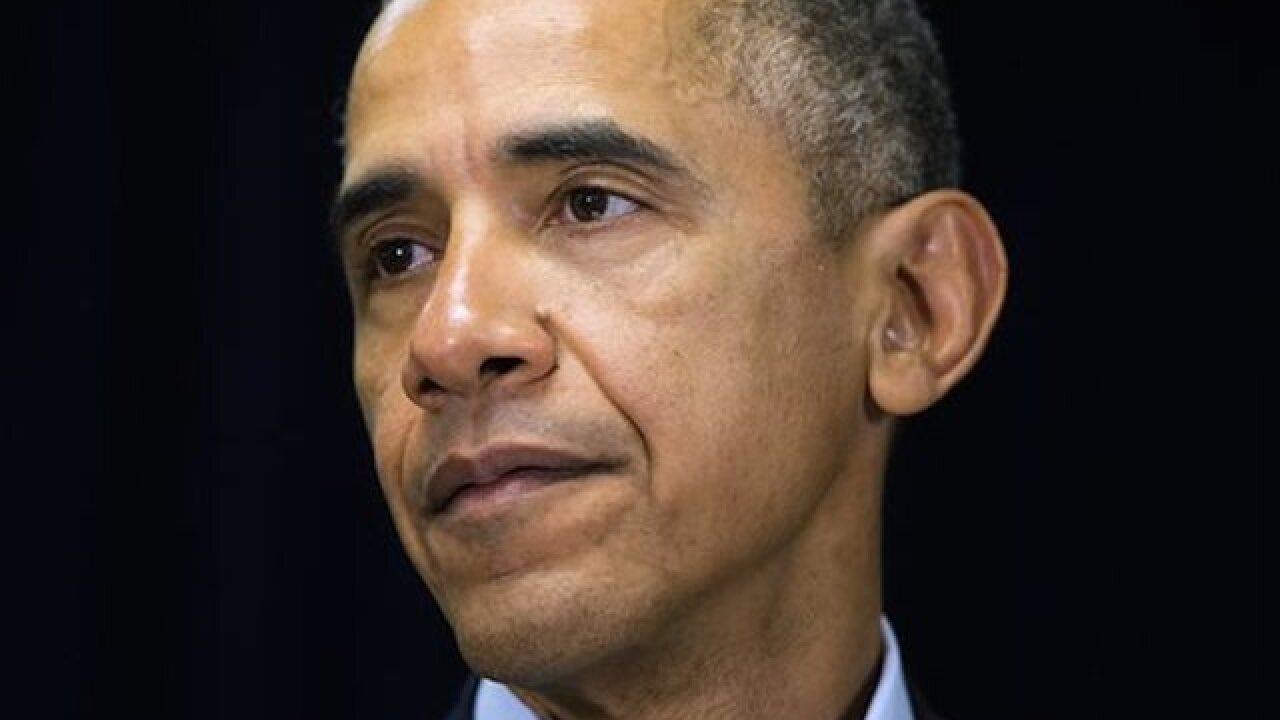 Copyright Associated Press
Pablo Martinez Monsivais
<p>President Barack Obama speaks to reporters about the death of Associate Justice Antonin Scalia at Omni Rancho Las Palmas in Rancho Mirage, CA. Saturday, Feb. 13, 2016. Obama declared Saturday night that he would seek to fill the Supreme Court seat left vacant by the death of Scalia, charging into a heated and likely prolonged election-year fight with Republicans in Congress. Obama said a nomination was "bigger than any one party." (AP Photo/Pablo Martinez Monsivais)</p>

President Barack Obama on Tuesday held a news conference, during which he implied that Republican frontrunner Donald Trump isn’t ready for office and noted that voters are too “sensible” to elect him anyway.
During a news conference in California, the president touched on the campaign to replace him as a whole, critiquing other Republican candidates like Ted Cruz and Marco Rubio as well. His main target of critique, however, was aimed at political newbie Trump.
Obama said during the conference, “I continue to believe Mr. Trump will not be president. And the reason is that I have a lot of faith in the American people. Being president is a serious job. It's not hosting a talk show, or a reality show."
The presidency isn't "a matter of pandering and doing whatever will get you in the news on a given day,” Obama added. “And sometimes, it requires you making hard decisions even when people don't like it.”
Whoever is next in line has an extremely tough job ahead of them, and the job isn’t to be taken lightly.
Obama explained, that person will be  “often responsible for not just the United States of America, but 20 other countries that are having big problems, or are falling apart and are gonna be looking for us to something."
That’s the same person who “has the nuclear codes and can order 21-year-olds into a firefight, and (has) to make sure that the banking system doesn't collapse.”
But it appears Obama is confident that Trump will start falling behind in the polls, despite currently leading the race for the Republican nomination – a comical thought to most voters just one year ago.
"The American people are pretty sensible, and I think they'll make a sensible choice in the end,” Obama said.
Unsurprisingly, Trump seemed unamused and unaffected by Obama’s sentiments, telling a crowd in Beaufort, South Carolina, "He has done such a lousy job as president.”
Trump added that he took Obama’s disapproval as a “great compliment.”
Associated Press 2016