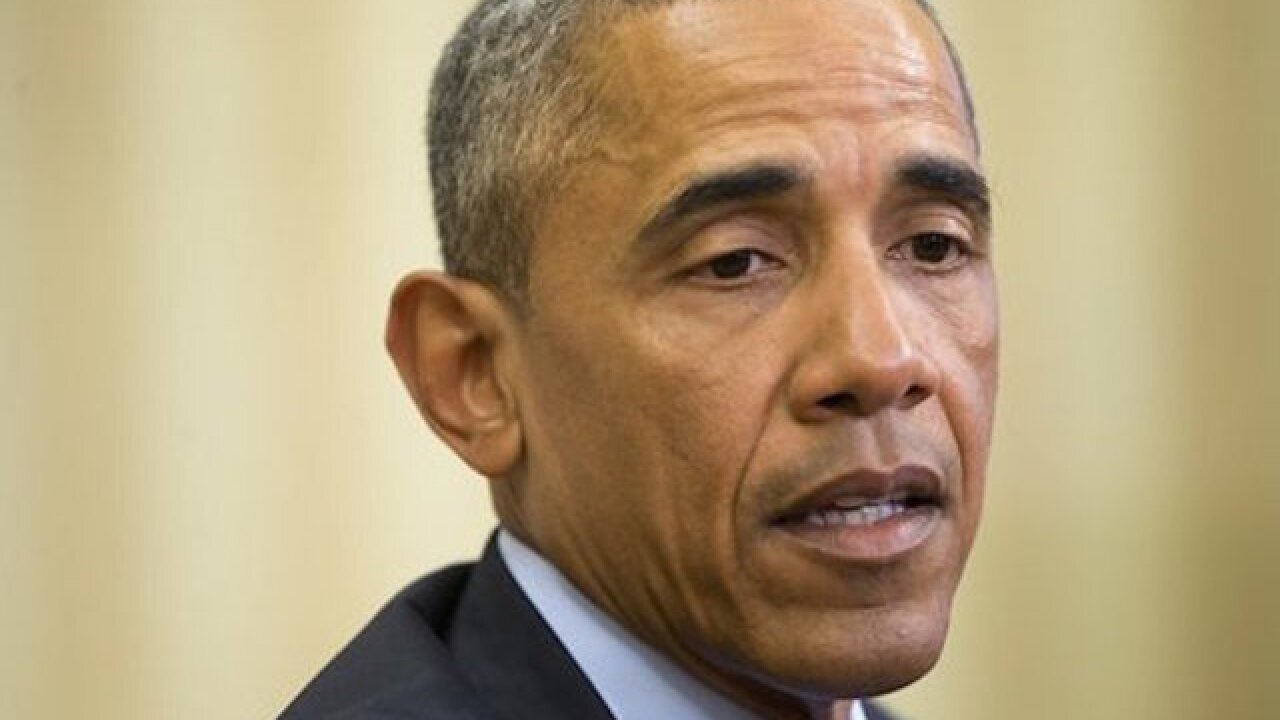 Pablo Martinez Monsivais
<p>President Barack Obama speaks in the Oval Office of the White House in Washington, Monday, Jan. 4, 2016, during a meeting with law enforcement officials to discuss executive actions the president can take to curb gun violence. The president is slated to finalize a set of new executive actions tightening U.S. gun laws, kicking off his last year in office with a clear signal that he intends to prioritize one of the country's most intractable issues. (AP Photo/Pablo Martinez Monsivais)</p>

WASHINGTON (AP) — President Barack Obama defended his administration's plans to tighten the nation's gun-control restrictions without going through Congress, insisting Monday that the steps he'll announce fall within his legal authority and uphold the constitutional right to own a gun.

Flanked by his attorney general and the head of the FBI, Obama offered few details about the list of recommendations he's received and will come out with over the next few days. Behind the scenes, though, Obama's administration has been preparing an effort to expand background checks on gun sales by forcing more sellers to register as federally licensed gun dealers.

"This is not going to solve every violent crime in this country," Obama said, setting expectations for what he can do on his own. "It's not going to prevent every mass shooting; it's not going to keep every gun out of the hands of a criminal. It will potentially save lives and spare families the pain of these extraordinary losses."

More than three years after the massacre in Newtown, Connecticut, with many other mass shootings since, Obama is training his attention once again on a policy goal that has eluded his administration. He tried the legislative route in 2013, pushing hard for a package of gun control measures including expanded background checks. But that effort collapsed spectacularly in Congress. Obama and his aides have described their inability to move the issue forward so far as one of the most frustrating failures in his presidency.

This time, with barely a year left in office and his political currency dwindling, Obama is eschewing Congress in favor of presidential action that doesn't require a vote — legislative action being a non-starter in the Republican-controlled Congress. Already, the issue has become a hot topic in the presidential campaign, ensuring that whatever steps Obama takes will be heavily politicized by both sides.

Even before being announced, Obama's steps were provoking a major confrontation with Congress, with Republicans and gun rights advocates pledging and preparing to derail them before they're implemented by challenging Obama's authority to create impediments on gun ownership on his own.

Mindful of those inevitable attacks, the White House carefully crafted the steps to bolster their prospects of surviving in court, and Obama said he was acting "well within my legal authority."

"I'm also confident that the recommendations that are being made by our team here are ones that are entirely consistent with the Second Amendment and people's lawful right to bear arms," Obama said. He paid homage to the "strong tradition of gun ownership" in the U.S., but added that even hunters and other gun owners "want to make sure the wrong people don't have them for the wrong reasons."

The changes to the background check would be aimed at some unregistered sellers who skirt the requirement by selling at gun shows, online or informal settings. Other moves being considered include improving reporting of lost and stolen weapons and beefing up inspections of licensed dealers, according to people familiar with the plans who would not be identified discussing proposals before they are complete.