Obama tells senators to 'do their job' 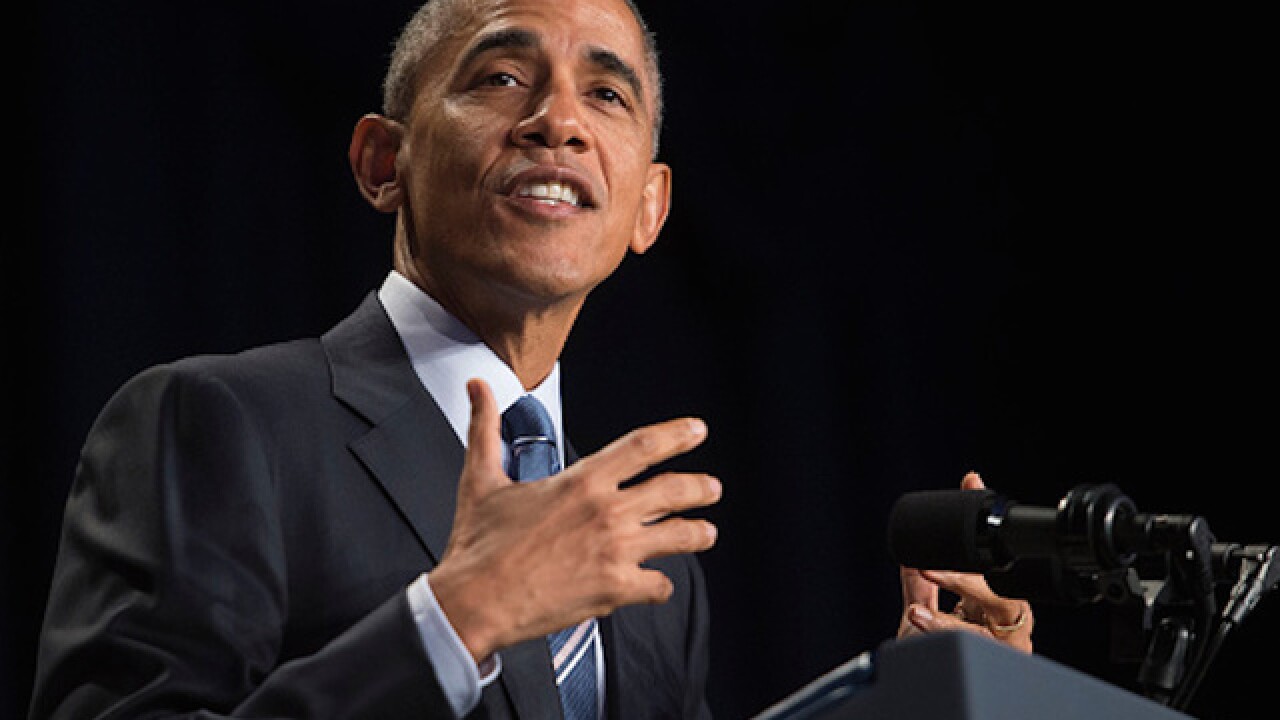 President Barack Obama said Tuesday that senators should be doing their job and consider a forthcoming nomination to the Supreme Court following Saturday’s death of justice Antonin Scalia.

Scalia’s death immediately sparked a fierce political debate on whether Republican senators should wait until after the November presidential election to consider confirming a presidential nomination to the nation’s highest court. Within hours of Scalia’s death, Senate Majority Leader Mitch McConnell (R-Ky.) said that his caucus should not consider Obama’s yet-to-be-named nominee.

On Tuesday from the Association of Southeast Asian Nations convention in Rancho Mirage, Calif., Obama said he intends to continue working through the expiration of his term, and he expects U.S. senators to do the same.

“I would expect officials to rise above day-to-day politics and this will be the opportunity for senators to do their job,” Obama said. “Your job isn’t done until you’re voted out or your term expires. I expect to do my job until January 2017, and I expect them to do their job.”

Obama reiterated his comments from he made Saturday night that he will have plenty of time to vet potential nominees, and the Senate will have time to go through the process of confirming of a nominee.

“The constitution is pretty clear on what is supposed to happen now when there is a vacancy on the Supreme Court,” Obama said.

Currently, 13 judicial nominees await Senate confirmation after being evaluated by committee. While the Senate Judiciary Committee vetted the majority of the nominees in recent months, several of Obama’s nominees have been waiting for confirmation for more than six months.

Meanwhile on Tuesday, chairman of the Senate Judiciary Committee Sen. Charles Grassley, (R-Iowa) said that he backs McConnell’s statement to block Obama’s potential nominee. He made that statement while leaving open the possibility of allowing the Senate to hold hearings on Obama’s appointee.

"I would wait until the nominee is made before I would make any decision," Grassley said. "In other words, take it a step at a time."

In toss-up states with open Senate seats in November, several GOP senators said they would back McConnell in rejecting Obama’s nominee. For instance, in Ohio, first-term Republican Senator Rob Portman said confirming a presidential nominee should wait until after the presidential election. His likely opponent, former Ohio Gov. Ted Strickland, has used Portman’s stance on filling Scalia’s vacancy as political fodder and a fundraising opportunity.

“(Portman) has a clear choice to make: He can look out for his party and D.C. special interests by holding back President Obama's nominee, or he can do his job for the people of Ohio,” Strickland’s campaign said.

Justin Boggs is a writer for the E.W. Scripps National Desk.  Follow him on Twitter @jjboggs.
--
Information from the Associated Press was used in this report.