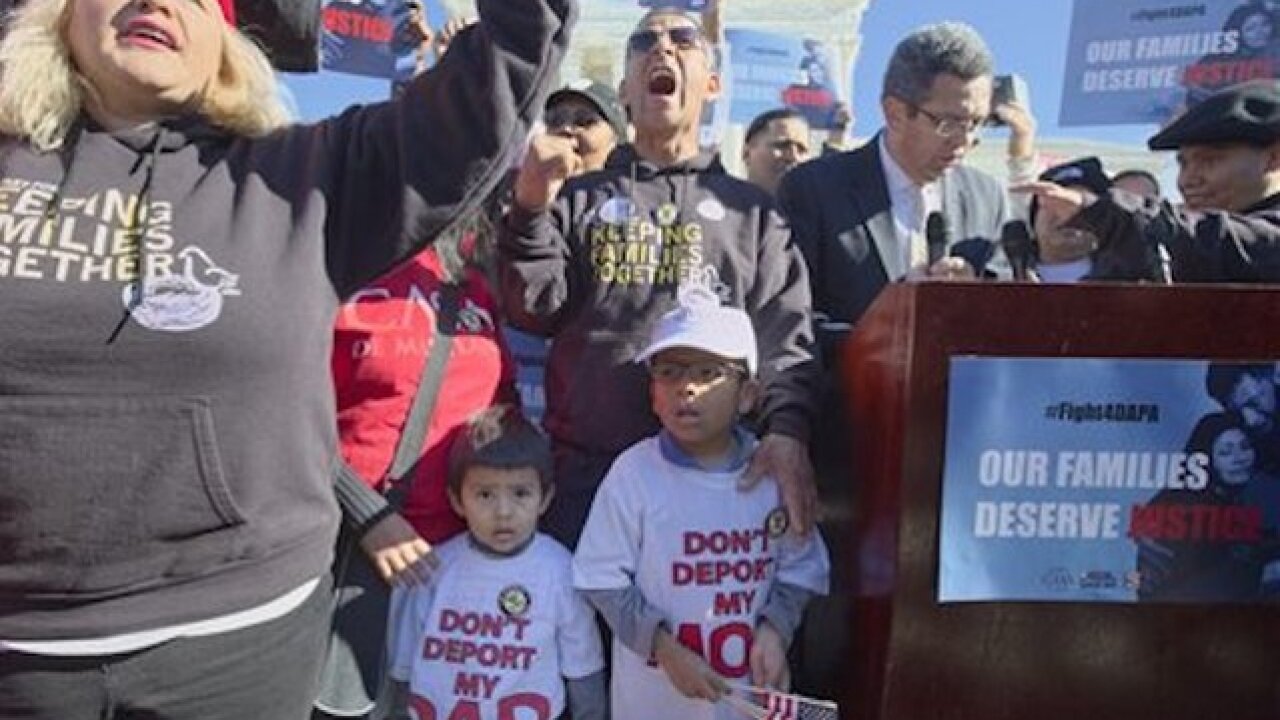 J. Scott Applewhite
<p>With President Barack Obama's action running out of time to temporarily protect up to five million unauthorized immigrants from deportation, supporters of the measure to keep families together rally at the Supreme Court in Washington, Friday, Nov. 20, 2015. The Obama administration is asking the Supreme Court for a speedy decision on his policy which allows certain illegal immigrants who entered the country before their 16th birthday and before June 2007 to receive a renewable two-year work permit and exemption from deportation. (AP Photo/J. Scott Applewhite)</p>

WASHINGTON (AP) — President Barack Obama described immigration on Tuesday as the nation's oldest tradition and part of what makes the country exceptional, as he sought to draw a contrast between those who want to seal the borders and those seeking to escape hardships and persecution.

"We can never say it often or loudly enough. Immigrants and refugees revitalize and renew America," Obama said.

Obama is seeking this week to reassure the public about his strategy for stopping the Islamic State group while also emphasizing that the United States is a welcoming country that promotes religious tolerance.

Obama is implicitly drawing a contrast with Republican presidential candidate Donald Trump, who has called for a temporary ban on Muslims.

Obama spoke at the National Archives Museum, where immigrants from Iraq, Ethiopia, Uganda and 22 other nations were sworn in as U.S. citizens. He noted that the nation's first immigrants were the pilgrims and that eight signers of the Declaration of Independence were immigrants.

He noted that America has often not lived up to its values as a welcoming nation. He recited the history of slaves and immigrants from Ireland, China and elsewhere as examples.

"One generation passes, two generations passes, and suddenly we don't remember where we came from," Obama said.