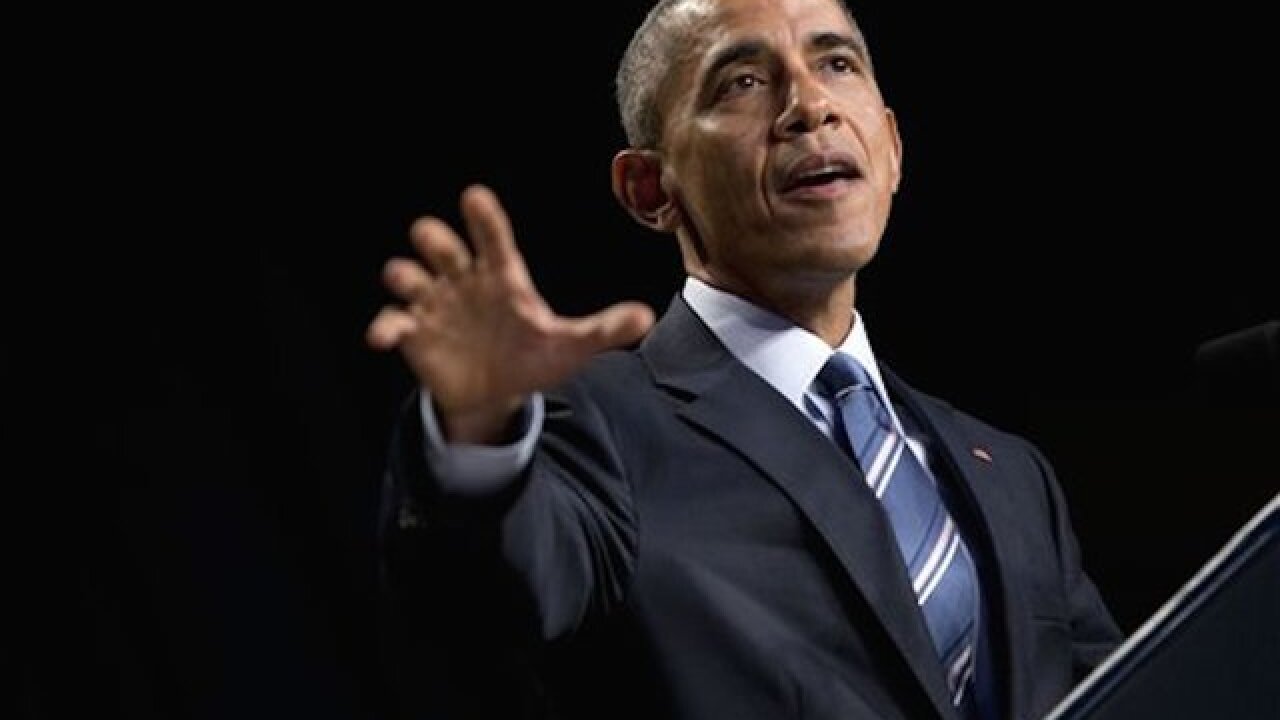 WASHINGTON (AP) — President Barack Obama sent Congress on Tuesday his eighth and final budget, proposing to spend a record $4.1 trillion on a number of initiatives. They include launching a new war on cancer, combating global warming and fighting growing threats from ISIS terrorists.

The new spending plan, for the budget year that begins Oct. 1 — just 3½ months before he leaves office — is facing heavy fire from Republicans who hope to capture the White House. The proposal had dim prospects of winning approval in a Republican-controlled Congress.

In all, Obama's budget would increase taxes by $2.6 trillion over the coming decade, nearly double the $1.4 trillion in new taxes Obama sought and failed to achieve in last year's budget.

GOP lawmakers said Obama's proposal to impose a $10 per barrel tax on crude oil to bring in an additional $319 billion over the next decade had no chance of winning approval in Congress. Obama's budget would use that extra money to fund billions of dollars in alternative transportation programs as part of the president's efforts to deal with global warming.

"President Obama will leave office having never proposed a budget that balances-ever. This isn't even a budget so much as it is a progressive manual for growing the federal government at the expense of hardworking Americans," said House Speaker Paul Ryan. "The president's oil tax alone would raise the average cost of gasoline by 24 cents per gallon, while hurting jobs and a major sector of our economy. Americans deserve better."

Ryan, R-Wisconsin, pledged that House Republicans would produce a budget that does reach balance in coming weeks.

Much of the problem stems from the surge in spending on the government's big benefit programs of Social Security and Medicare, which are forecast to soar with the retirement of millions of baby boomers.

The budget sees the economy growing at a 2.6 percent rate this year, though administration officials noted that projection was finalized in November, prior to the recent stock market slide. Inflation would remain low, registering a 1.5 percent gain this year.