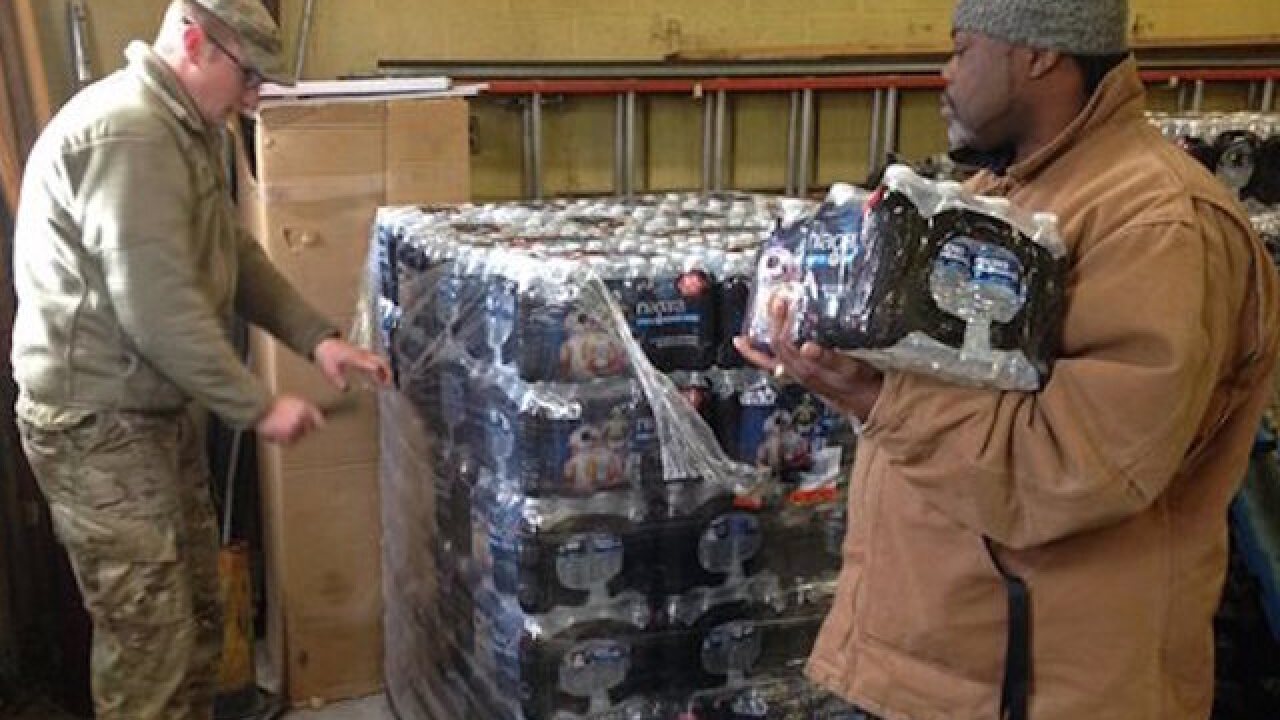 President Obama has signed a Michigan emergency declaration submitted by Gov. Rick Snyder to give federal aid to Flint during the water crisis.

The signing on Saturday authorizes the Department of Homeland Security and Federal Emergency management Agency (FEMA) to coordinate disaster efforts.

This comes just two days after Snyder asked Obama to declare a federal emergency in Flint because of the water crisis.

With the signing, FEMA can "identify, mobilize, and provide at its discretion, equipment and resources to alleviate the impacts of the emergency."

According to a release from The White House, "this emergency assistance is to provide water, water filters, water filter cartridges, water test kits, and other necessary related items for a period of no more than 90 days," and is to alleviate "the hardship and suffering caused by the emergency on the local population."

Obama has also offered other Federal agency capabilities to help the recovery but do not require an emergency declaration under the Stafford Act.

The application submitted by Snyder was for help from all available programs. He said 90 days of clean drinking water could cost $10.3 million, and home filters, filter cartridges and testing kits could cost $31 million over a year.

"The governor has made a request through the formal process, and that's a request that we'll consider expeditiously," White House spokesman Josh Earnest said Friday.

The tap water in Flint, population 99,000, became contaminated after the city in 2014 switched its water supply to the Flint River while a pipeline to Lake Huron is under construction. The corrosive water lacked adequate treatment and caused lead to leach from old pipes in homes, schools and elsewhere.

Flint returned to the Detroit system in October, after elevated lead levels were discovered in children, and could tap into the new pipeline by summer. But officials remain concerned that damage to the pipes could allow them to continue leaching lead. Exposure to lead can cause behavior problems and learning disabilities in children as well as kidney ailments in adults.

Everyone is urged to get a free filter. The National Guard is distributing water, filters and other supplies.

Over the long term, replacing old lead service lines at Flint homes and other private properties could cost $54 million, the governor told the president.

"The state has responded, but the response needs far exceed the state's capability," Snyder said.

Separately, at least 10 people have died from Legionnaires' disease in Genesee County, due to the Legionella bacteria, although state and local health officials say they can't make a definitive connection to the water.

"We're finally getting the attention that we need and deserve. For so long, our voices have gone unheard," Flint Mayor Karen Weaver said in response to Snyder's request for federal disaster aid.

A state task force recently faulted Snyder's Department of Environmental Quality for not requiring Flint to treat the river water for corrosion and for its derisive response to the public's fears. The head of the department and his spokesman resigned.

State Attorney General Bill Schuette said Friday that his office was investigating if any laws were broken. He declined to elaborate on the scope of the probe. The U.S. Justice Department is also investigating.