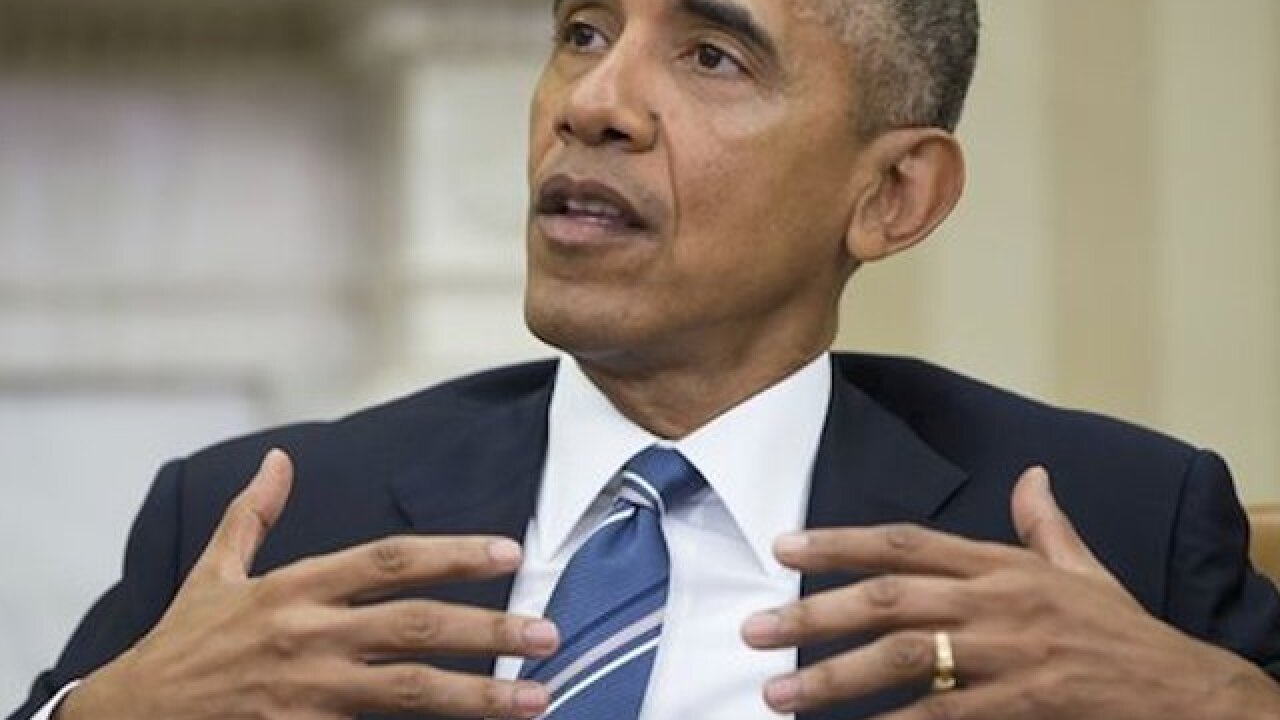 Copyright Associated Press
Pablo Martinez Monsivais
<p>President Barack Obama answers questions from members of the media during his meeting with Jordan's King Abdullah II in the Oval Office of the White House in Washington,Wednesday, Feb. 24, 2016. Obama urged the Republican-run Senate to fulfill its "constitutional responsibility" and consider his Supreme Court nominee, pushing back on GOP leaders who insist there will be no hearing or vote when he names a successor to the late Justice Antonin Scalia. (AP Photo/Pablo Martinez Monsivais)</p>

WASHINGTON (AP) — President Barack Obama called Democrats and Republicans to the White House Tuesday to discuss election-year standoff over the vacancy on the Supreme Court. Neither side showed signs of budging.

In an awkward Oval Office sit-down that lasted less than an hour, Senate Majority Leader Mitch McConnell, R-Ky., and Judiciary Committee Chairman Chuck Grassley, R-Iowa, delivered their case for refusing to consider any nominee to the highest court during the throes of a presidential election. Their Democratic counterparts, meanwhile, resolved to "continue beating the drum," Senate Minority Leader Harry Reid told reporters after the meeting.

The gathering was the first time the leaders have met since Justice Antonin Scalia's death last month set off an election-year clash over the Supreme Court vacancy. While the men huddled at the White House, the Republican presidential hopeful Donald Trump was ready to pick up momentum in several state primary contests Tuesday. Democrats were quick to tie the Republican leadership's stance to their party's front-runner.

"All we want them to do is fulfill their Constitutional duty and do their job, and at this stage, they decided not to do that," Reid said. "They think that they can wait and see what President Trump will do, I guess."

Vice President Joe Biden, and Sen. Patrick Leahy, D-Vt., the ranking Democrat on the committee also attended the meeting and posed for photos with smiles frozen to their faces.

When reporters got too close to Grassley, Biden joked, "Don't hurt Senator Grassley. We need him."

The leaders ignored a reporter's question about whether their minds were open to changing their position, as aides shooed reporters from the room.

At another time, the gathering might have been a nod to the tradition of at least limited cooperation in naming and confirming justices to the nation's highest court. The president might have floated potential candidates; Senate opposition might have come armed with their own preferred names.

But in the current standoff, gestures of collaboration seem moot. Neither side has indicated it will come with much more than talking points.

"Look, the president is open to a discussion, but it would represent a pretty dramatic reversal in position for Mr. McConnell, who has said that the president shouldn't put anybody forward, to come with a list of potential nominees," White House spokesman Josh Earnest said Monday. "It makes it hard for him to engage constructively, until they change that position."

Before heading to the White House Tuesday morning, McConnell made clear he would not budge.

In remarks on the Senate floor, he said he planned to use the meeting to "reiterate that the American people will have a voice on the vacancy at the Supreme Court as they choose the next president."

He added that the White House might want to fill out the meeting agenda with other topics, such drug-abuse legislation.

McConnell also promised no movement when he addressed House Republicans at their weekly Tuesday morning meeting.

Several of those in attendance said he even used the phrase "Read my lips," made famous by President George H.W. Bush when he promised during his 1988 campaign to not raise taxes — a promise he later abandoned under Democratic pressure.

While the standoff continues, the president spent a significant part of the weekend reading through files on potential nominees and considering his options, Earnest said, adding that the president has not settled on a short list and could still add names to the mix.

For now, the White House is focused on demonstrating that it is making an effort to consult with the Senate — even if there's not much give and take.

In separate op-eds published in home-state media outlets on Tuesday, McConnell and Grassley both wrote that Biden, a former Senate Judiciary chairman, once endorsed the idea of suspending consideration of a nominee during an election year, presumably in an effort to keep the court from becoming overly politicized.