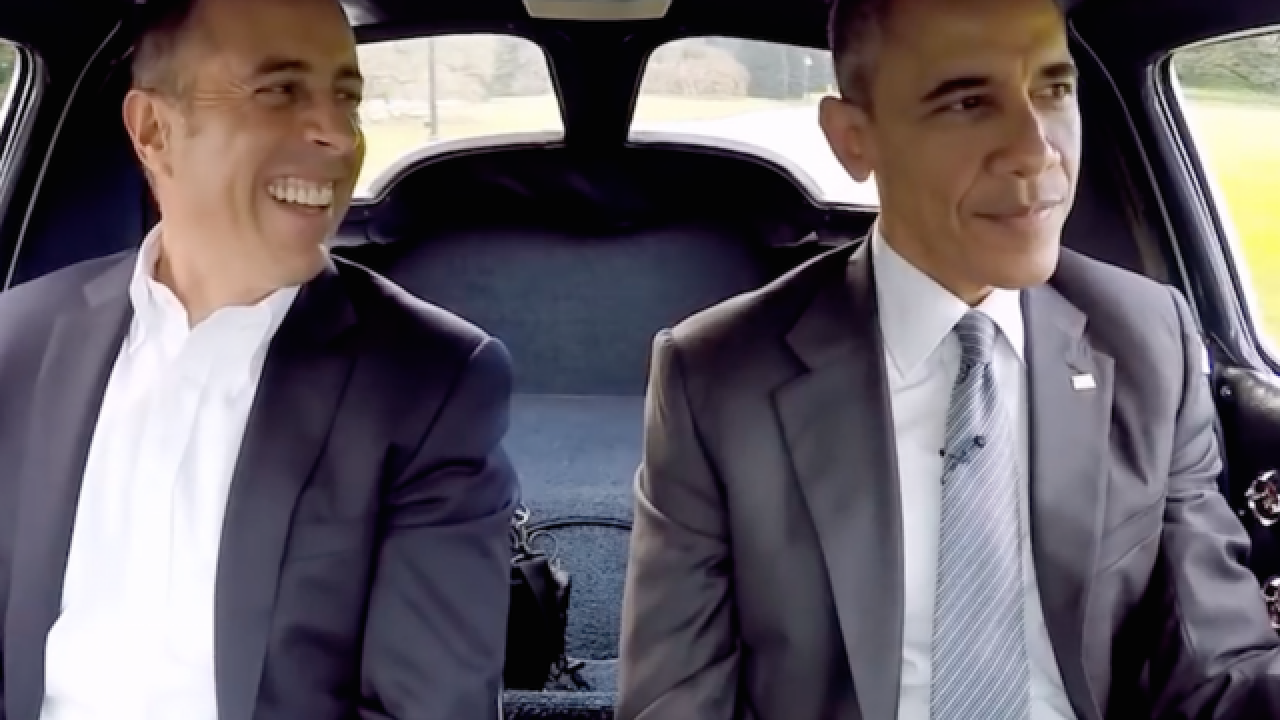 President Barack Obama joined comedian Jerry Seinfeld for an episode of “Comedians in Cars Getting Coffee,” which was released Thursday.

While Obama got in Seinfeld’s car on the White House grounds, Seinfeld was unable to take the president off the complex. After Obama showed off his car, known as “The Beast” to Seinfeld, the two sat down inside the White House to have a light-hearted conversation over a cup of coffee.

“I’ve always wanted to be on a show about nothing, and here I am,” Obama told Seinfeld from the backseat of the presidential limousine.

After Seinfeld’s conversation with the president in the White House break room, Obama hopped in the driver’s seat Seinfeld’s 1963 Corvette. When Obama drove the car to the end of the White House’s driveway, he too could not convince the Secret Service to let him drive on the streets of Washington.

During Obama’s conversation with Seinfeld, the president offered little perspective on policy, and more about life living inside the White House bubble.

The president revealed that while he dresses himself every day, he does not get the freedom to walk around the White House before getting dressed.

When Obama was asked what sport football is most like, he said being president is much like playing a game of football.

Seinfeld said that Obama has told enough jokes in events such as the White House Correspondents Dinner to be considered a comedian. Obama joins other “comedians” on Seinfeld’s show such as David Letterman, Jimmy Fallon, Jon Stewart and Steven Colbert.