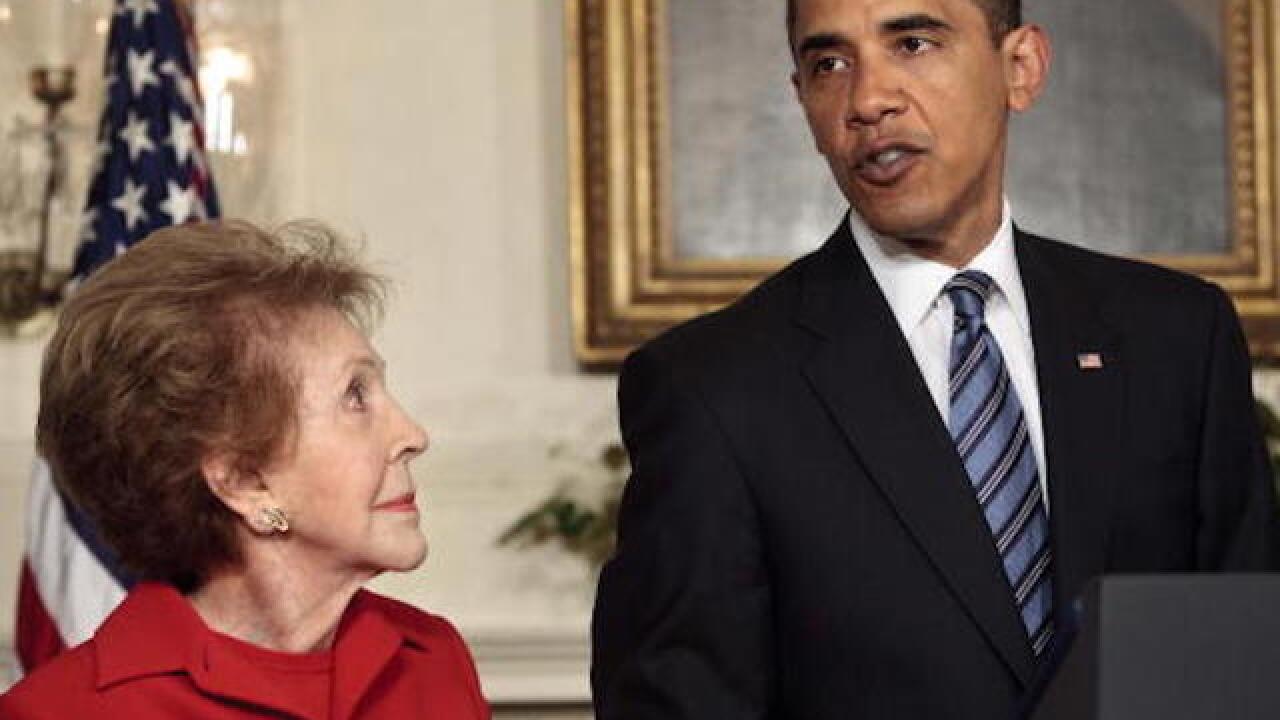 WASHINGTON (AP) — President Barack Obama and Michelle Obama say Nancy Reagan redefined the role of serving as first lady and they are fortunate to have benefited from her "proud example."

Reagan died at her home in Los Angeles on Sunday. She was 94.

The Obamas say in a written statement that in Mrs. Reagan's long goodbye with President Reagan, she became a voice on behalf of millions of families going through the depleting, aching reality of Alzheimer's.

They also noted her role as advocate on behalf of treatments that could improve and save lives.

The Obamas are offering condolences to the Reagans' children and grandchildren, and they remain grateful for her life and thankful for her guidance. The Obamas also say they're prayerful that "she and her beloved husband are together again."