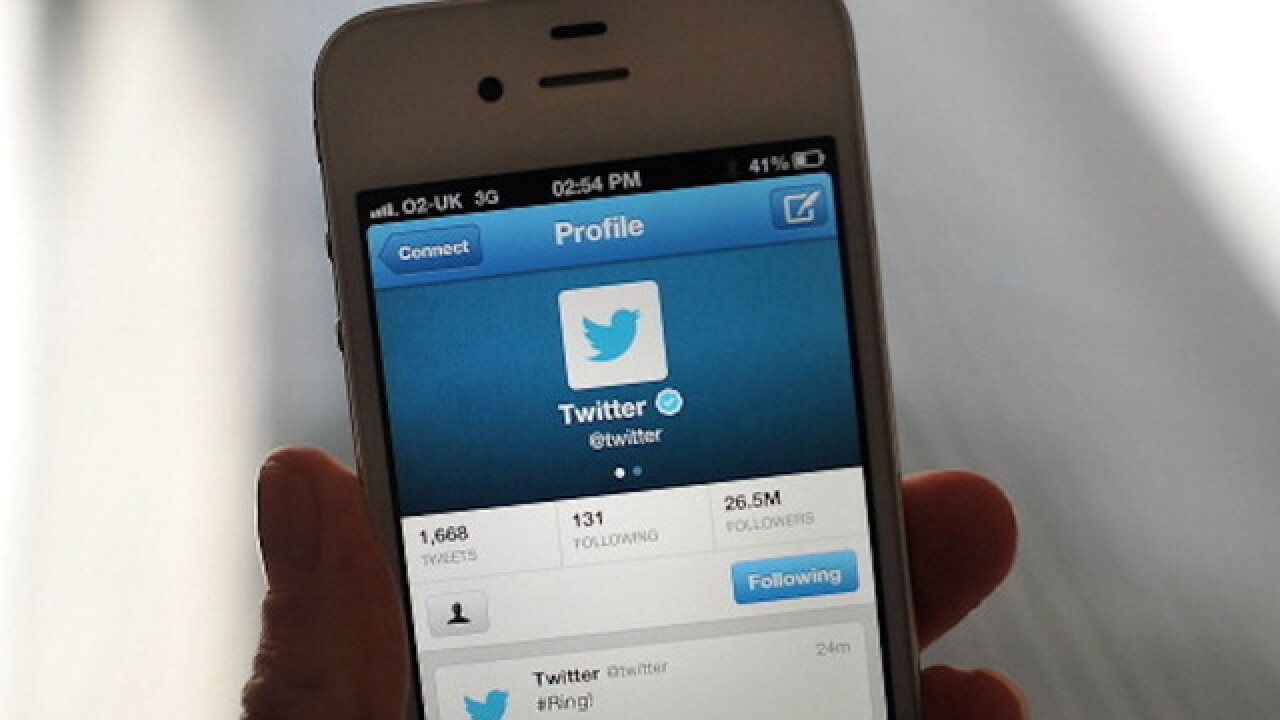 Bethany Clarke
<p>LONDON, ENGLAND - NOVEMBER 07: In this photo illustration, the Twitter logo and hashtag '#Ring!' is displayed on a mobile device as the company announced its initial public offering and debut on the New York Stock Exchange on November 7, 2013 in London, England. Twitter went public on the NYSE opening at USD 26 per share, valuing the company's worth at an estimated USD 18 billion. (Photo by Bethany Clarke/Getty Images)</p>

SAN JOSE, Calif. (AP) — A San Jose police officer who was fired last year for posting comments online that threaten those protesting the deaths of unarmed black men in Ferguson, Missouri, and New York is back on the force.

The San Jose Mercury News reports Phillip White re-joined the San Jose Police Department on Feb. 10 after convincing an independent arbitrator that termination was too harsh a punishment for his actions.

White posted several comments to his Twitter account in December 2014 saying he would kill any anti-police protesters who threatened his family. He appeared to challenge demonstrators to confront him.

The department initially suspended him, and community activists demanded his dismissal. He was fired in October.

SJPD Acting Chief Eddie Garcia says White won't be on patrol and has been assigned to administer the department's body-worn camera program.