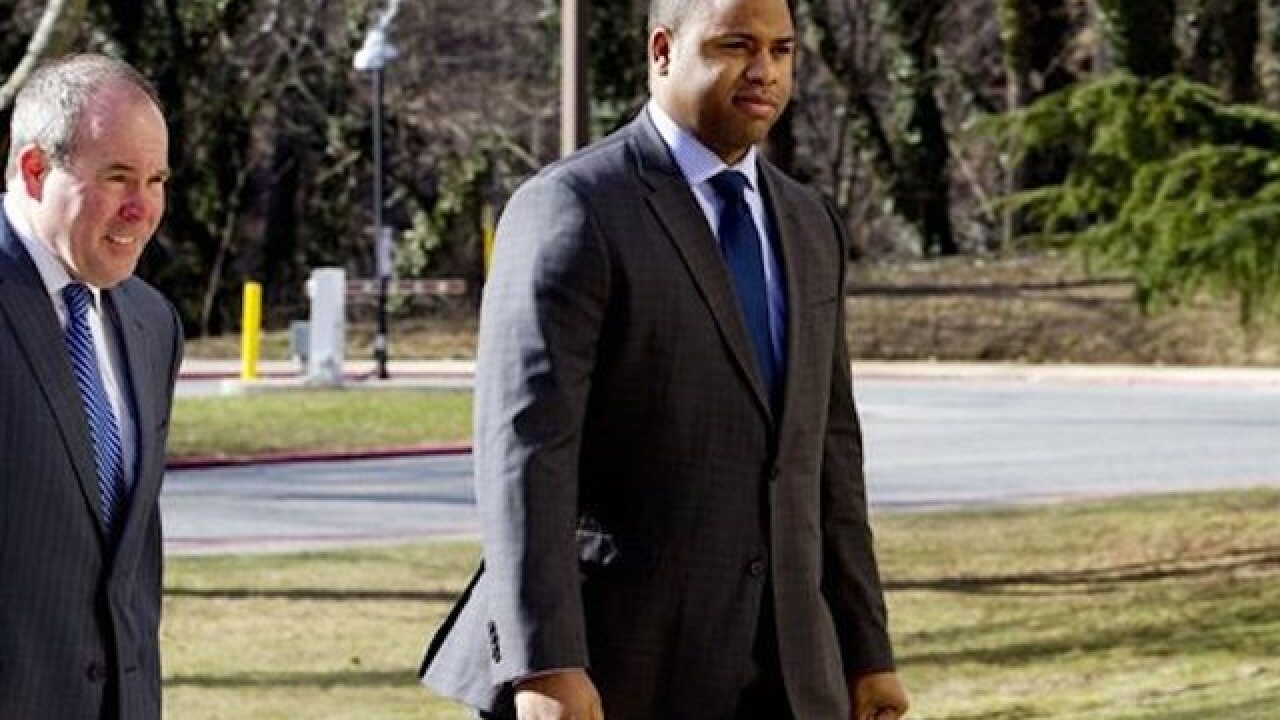 BALTIMORE (AP) — A Baltimore police officer charged in the death of Freddie Gray must testify against his colleagues while he awaits a retrial, Maryland's highest court ruled Tuesday.

The Court of Appeals did not give any reason for the decision, saying it would issue an opinion later. The case was unusual because Officer William Porter's trial ended with a hung jury and as he was awaiting a retrial, a judge ruled he had to testify against some of the officers charged in the Gray case but not others.

The appeals court heard arguments over the issue last week and questioned Porter's attorney about why he shouldn't testify at multiple trials. Porter's attorney said every time he took the stand it could subject the officer to a perjury charge.

Gray died in April, a week after his neck was broken in the back of a police transport van while he was handcuffed and shackled, but left unrestrained by a seat belt.

Porter testified at his trial and said he didn't do anything wrong during Gray's arrest. He told a jury that it was the van driver's responsibility to make sure Gray was secured in a seat belt.

Porter was the first officer to stand trial, but the issue of whether Porter could be compelled to testify against his colleagues halted the other trials.

Tuesday's rulings mean the cases will be sent back to a lower court and the trials can move forward.

A second order reversed Williams' decision that Porter did not have to testify against officers Garrett Miller, Edward Nero and Lt. Brian Rice. They face misconduct in office, reckless endangerment and assault charges. Rice also faces a manslaughter charge.