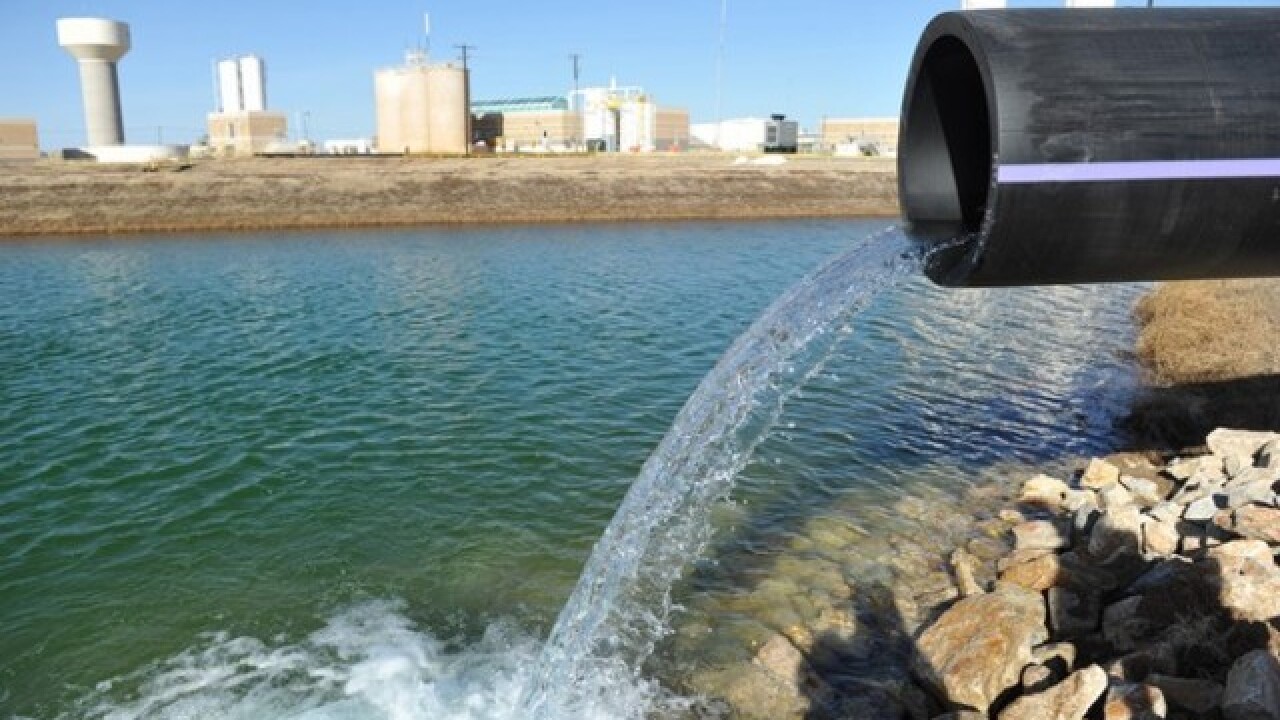 Torin Halsey, Wichita Falls Times Record News
<p>Treated wastewater is pumped into a lagoon that will hold it until it is mixed with water from Wichita Falls’ reservoirs, Lake Arrowhead and Lake Kickapoo.</p>

Ohio regulators should have clamped down right away on a village water system after its operators didn't meet federal deadlines requiring them to alert residents about their lead-tainted tap water, the state's environmental agency director said Friday.

Urgent warnings should have been sent to the village of Sebring after officials failed to notify all water users within 60 days that tests during the late summer showed high levels of lead in at six homes, said Craig Butler, head of Ohio's Environmental Protection Agency.

"It is not as if there was no communication, but I don't think it was strong enough," he said.

The agency is reviewing how it can improve its own oversight and has placed two employees on leave. It's also investigating whether the water plant manager in Sebring, near Youngstown, misled EPA officials about whether residents were told about the lead.

Federal prosecutors this week began working with the state agency on the investigation, the EPA said. The plant manager has called the allegations an "outright lie."

Residents in Sebring and two other communities said they were not told until late last week about the lead, which is especially dangerous to young children and can cause learning disabilities and behavioral problems.

Five children tested at a free clinic last weekend showed slightly elevated levels that indicated they had been exposed to lead.

Drinking-water tests over the last few days have shown that lead readings have gone down, but a few homes still were above federal guidelines.

Ohio Democrats in Congress and the legislature, meanwhile, are asking the state EPA why months passed before residents found out about their lead-tainted tap water.

Congressman Tim Ryan of the Youngstown area has called on Butler to resign, and Democratic state Rep. John Boccieri said the director should be brought in to answer questions about what happened.

"State officials knew for months that the water in Sebring contained high levels of lead, and did nothing to protect the men, women, and children who rely on them," said Ryan, a Democrat.

The village should have told all residents about the contaminated water by the end of November, Butler said. The agency sent the village a notice in early December that said it had missed the deadline.

Butler said that he first learned Jan. 21 of the high lead readings and immediately told the village to issue an advisory saying children and pregnant women shouldn't drink their tap water.

The state also moved to remove the water plant manager and sent a team of investigators to the village.

An administrator with the U.S. EPA's Great Lakes regional office sent a letter to Butler this week that said the state agency had taken steps that go beyond what's required in the federal rules regarding lead and water.

Adam White, who lives in one of the homes where testing was done, said he had no idea anything was wrong until just a few weeks ago.

"I'm highly aggravated about it. I could have been at the store buying jugs of water for myself, my dogs, my kids," he said.

He said the water company should have acted right away.

"If they had taken the time to do their job properly, none of this would have been happening," White said.