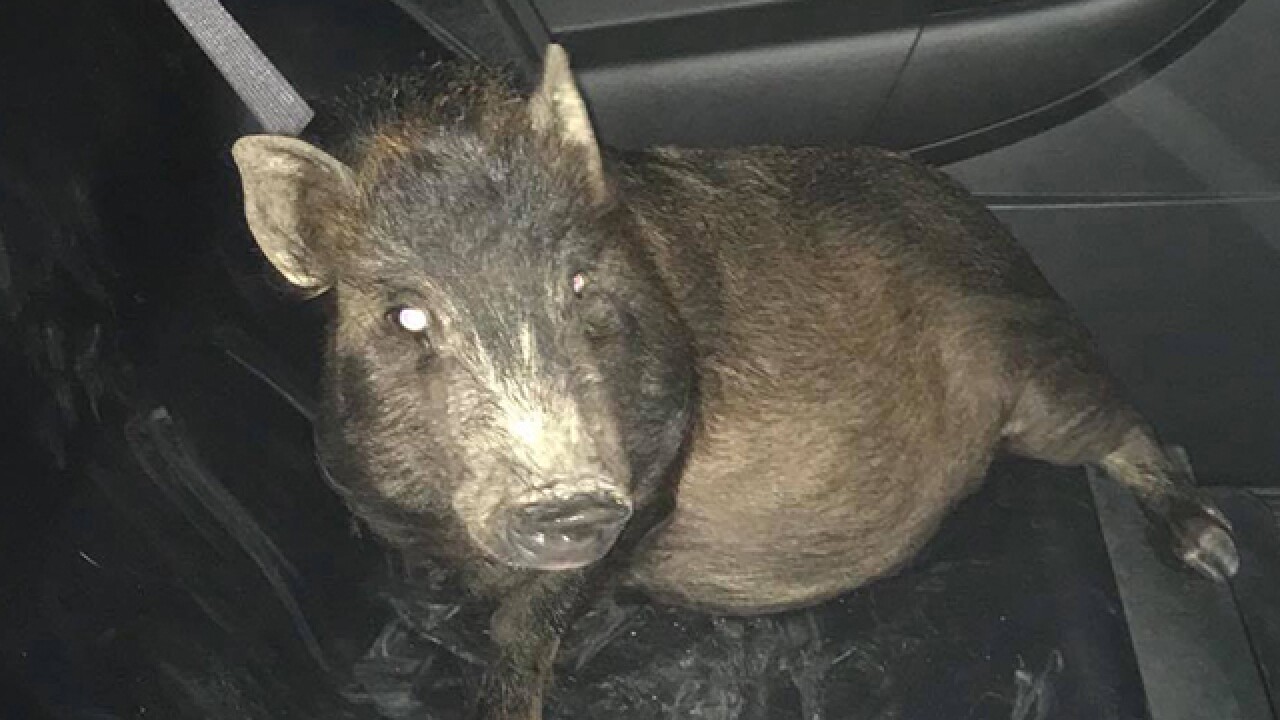 NORTH RIDGEVILLE, Ohio — Sometimes police get really strange calls. Such was the case for officers in North Ridgeville, Ohio, who received a call from a man who said while walking home from a train station, a pig started following him, and he didn't know what to do.

Thinking he had just left the bar in Elyria named the Train Station, police went out to pick up the caller, who they believed was drunk.

When officers arrived, they found the man stone-cold sober, complete with his four-legged stalker in tow.

According to authorities, the man told them he was walking home from an Amtrak station when the animal decided to go for a walk with him.

In the end, the pig was very cooperative and was placed in the back of a police cruiser and taken to the station. Police made the animal feel at home for a bit inside the department's dog kennels until the owner was notified, and it was picked up.

Authorities didn't say if the owner was cited for having a pig on the loose.