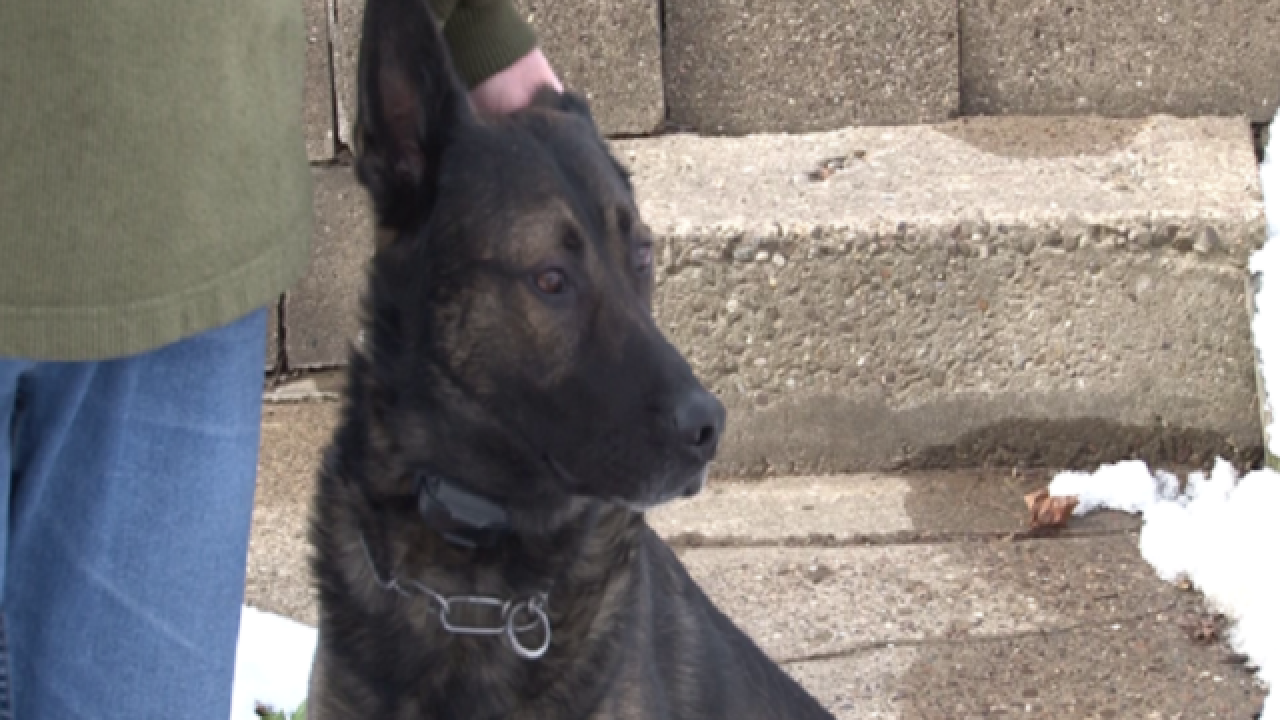 An Ohio police officer worried about losing his canine companion has been offered a deal – which he reportedly rejected.

Retired K9 officer Matthew Hickey, of Marietta, Ohio, was told he could keep his beloved dog, Ajax, if he accepted an Auxiliary Officer position. But according to WCMH , Hickey said accepting the offer wouldn't be a wise move for him due to health reasons.

But he’s confident another option will be found.
Hickey reportedly told CNN that the tough situation has actually changed him for the better.
"I kind of retired wanting to be a hermit and left alone because I worked the midnight shift since '96 and I was jaded, but now I am a changed man because of the support,” he said.
Hickey made headlines last month after news broke that he might lose Ajax, who was technically property of the city, despite his ownership of the dog for the past three years.
Authorities said Hickey would have to bid on his pet and best friend at auction. He told CBS News of the situation, “I’m afraid somebody might take the dog and auction way high and go over my head.”
Hickey has since received a massive amount of online support, as well as benefits from a GoFundMe campaign  which has raised more than $70,000.
RTV6