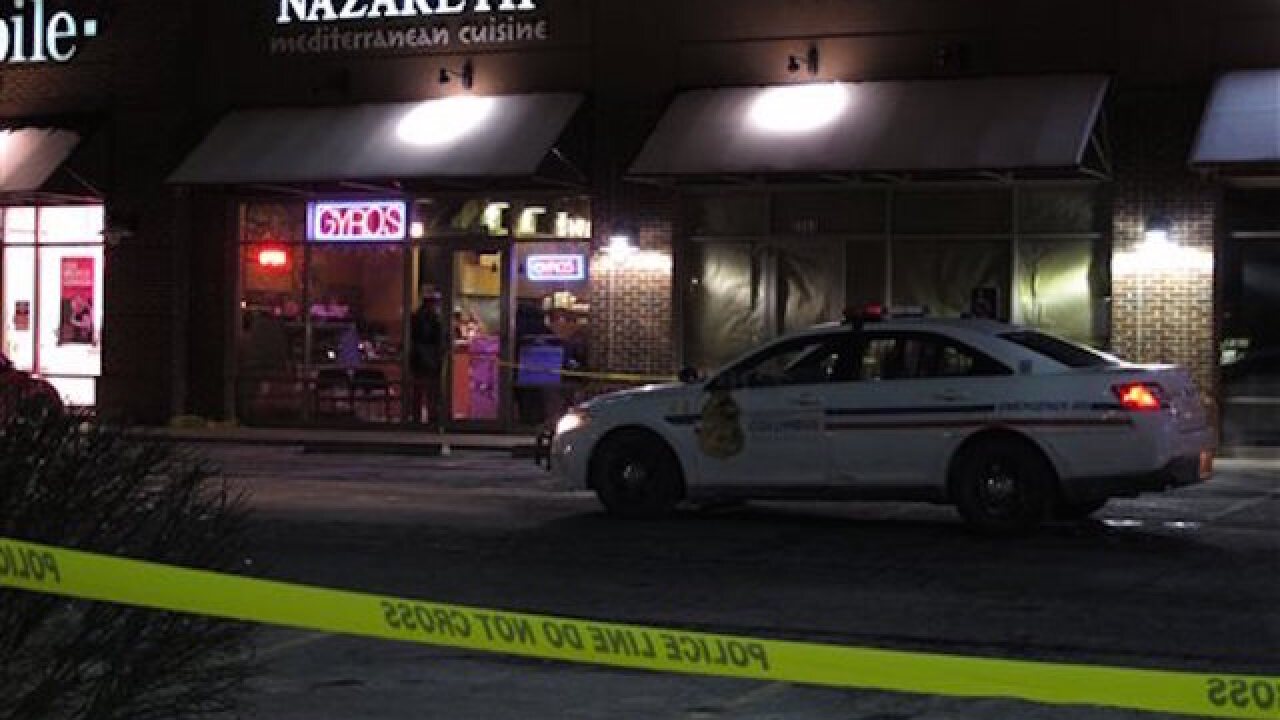 Copyright Associated Press
Kantele Franko
<p>Police talk inside the Columbus, Ohio, restaurant where they say a man attacked several people with a machete on Thursday, Feb. 11, 2016. They say the man fled the scene and was later fatally shot by police. (AP Photo/Kantele Franko)</p>

COLUMBUS, Ohio (AP) — Police have shot and killed a man who they say attacked several people at a central Ohio restaurant with a machete.

Police say the man walked into a Mediterranean restaurant in Columbus on Thursday evening and attacked several people.

Authorities have not said how many people were injured or the extent of their injuries.

The man then fled the scene, but police say officers caught up to him and fatally shot him. They have not released the man's name.

It's unclear what sparked the alleged attacks. The investigation is ongoing.