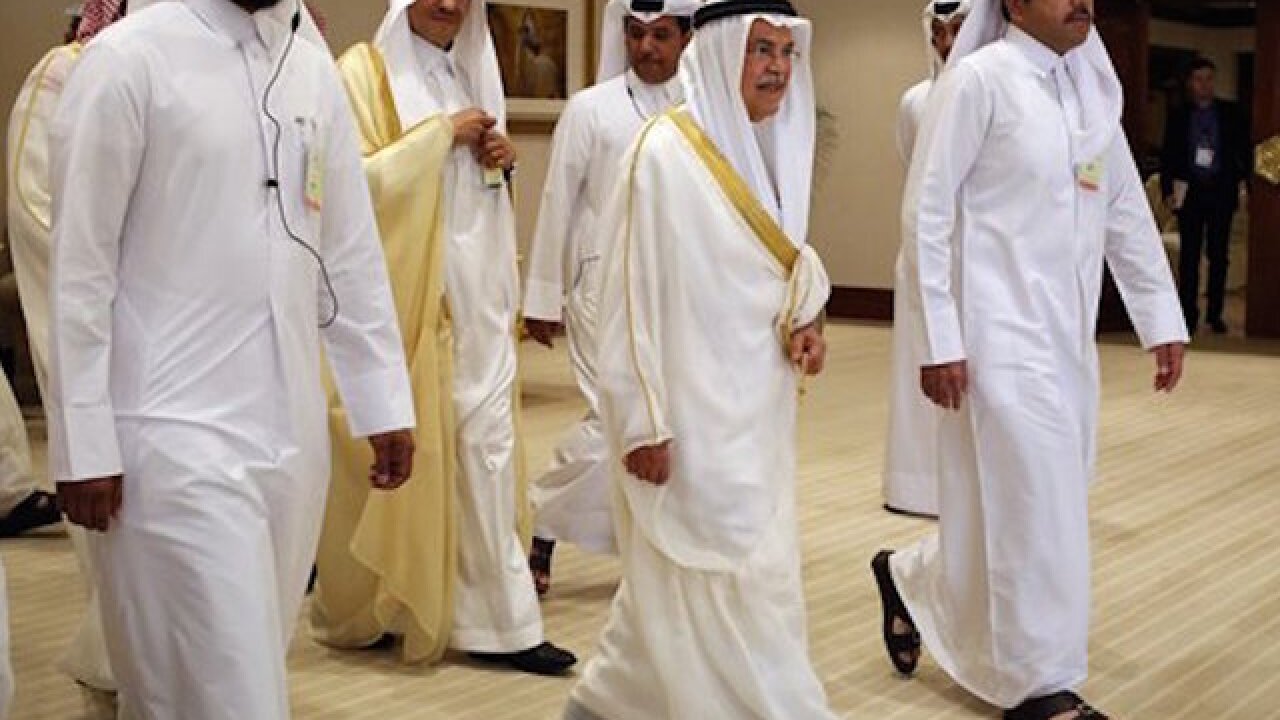 Crude oil prices have taken a hit from the failure of oil-rich countries to reach an agreement Sunday on freezing production.

Brent crude oil, which is used to price international crude oil, fell $2.23 to $40.87 a barrel early Monday, down 5.1 percent. It tumbled 7 percent in earlier trading.

The effort to reach an accord on freezing production to support prices failed after Iran stayed away from a weekend meeting of 18 oil producing nations in Qatar that had been expected to boost crude prices.