O'Malley could be excluded from upcoming debate 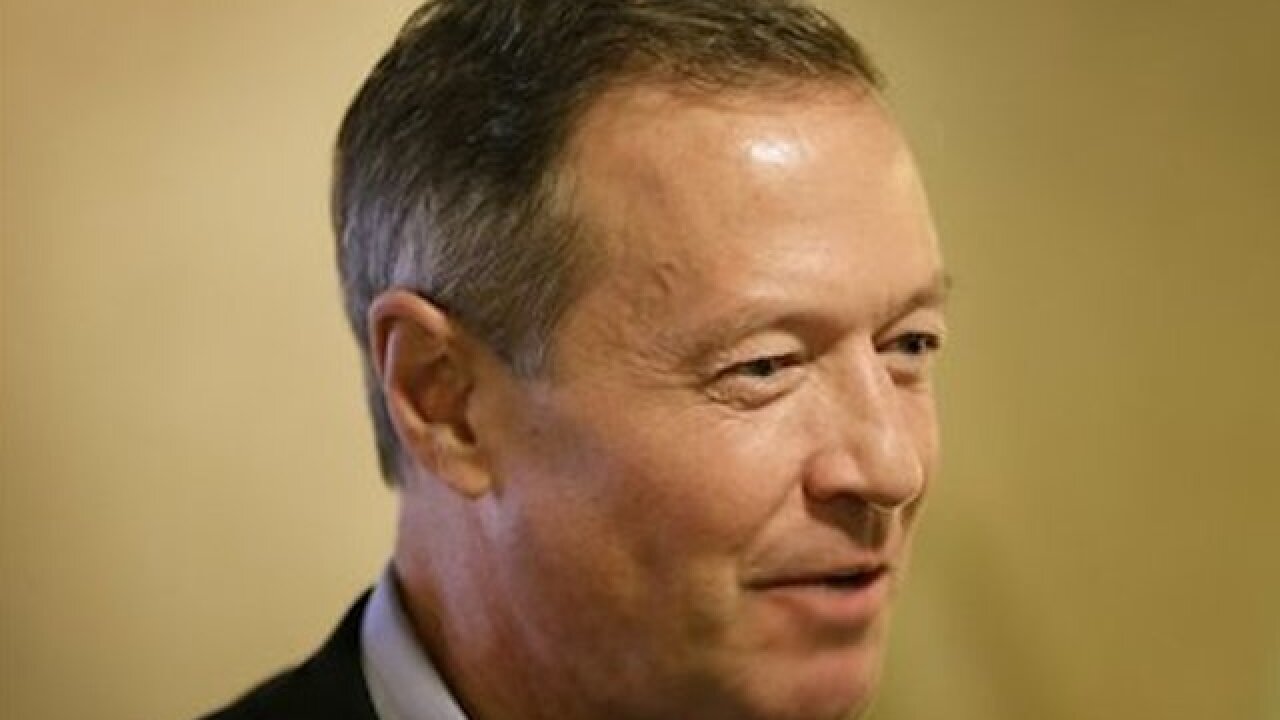 WASHINGTON (AP) — Former Maryland Gov. Martin O'Malley is at risk of being excluded from the next Democratic presidential debate based on criteria released Friday by NBC News.

In order to qualify for the Jan. 17 debate in Charleston, South Carolina, a candidate must reach an average of 5 percent either in recent national polls or in polls in the early voting states of Iowa, New Hampshire or South Carolina, NBC said.

O'Malley has been polling at about 5 percent in Iowa, but is falling short of that in New Hampshire, South Carolina, and in national surveys. During a campaign stop in Davenport, Iowa, he criticized NBC's criteria, referencing the network show that once starred Republican front-runner Donald Trump.

"They're treating your presidential selection process as if it's another episode of 'The Apprentice.' Bad enough that we would be limited to four debates and that they would hide them on Saturdays behind football games," O'Malley said. He added: "This election is not up to NBC executives, not up to pollsters. It's up to you, the people of Iowa."

O'Malley has trailed Democratic presidential candidates Hillary Clinton and Bernie Sanders by wide margins in the campaign for the party's nomination.

Democratic National Committee spokesman Luis Miranda said in response to the criteria that he expects "all three of our major candidates on stage next Sunday in South Carolina."

NBC said the candidates would need to reach the 5 percent threshold in five recent polls recognized by NBC and published before January 14.

That means O'Malley would need to maintain his standing in Iowa in any upcoming polls in order to appear on the debate stage.

O'Malley's campaign did not immediately comment on the NBC criteria. Spokesmen for the Clinton and Sanders campaigns said they hoped all three candidates would be included on the debate stage.

The South Carolina event will be the final DNC-sanctioned debate before the Iowa caucus on Feb. 1 and New Hampshire primary on Feb. 9. The DNC has scheduled another debate on Feb. 11 in Wisconsin.